Aims: We studied the well-known circumstellar disk around the Herbig Ae/Be star HD 97048 with high angular resolution to reveal undetected structures in the disk which may be indicative of disk evolutionary processes such as planet formation.
Methods: We used the IRDIS near-IR subsystem of the extreme adaptive optics imager SPHERE at the ESO/VLT to study the scattered light from the circumstellar disk via high resolution polarimetry and angular differential imaging.
Results: We imaged the disk in unprecedented detail and revealed four ring-like brightness enhancements and corresponding gaps in the scattered light from the disk surface with radii between 39 au and 341 au. We derived the inclination and position angle as well as the height of the scattering surface of the disk from our observational data. We found that the surface height profile can be described by a single power law up to a separation 270 au. Using the surface height profile we measured the scattering phase function of the disk and found that it is consistent with theoretical models of compact dust aggregates. We discuss the origin of the detected features and find that low mass (≤1 MJup) nascent planets are a possible explanation. 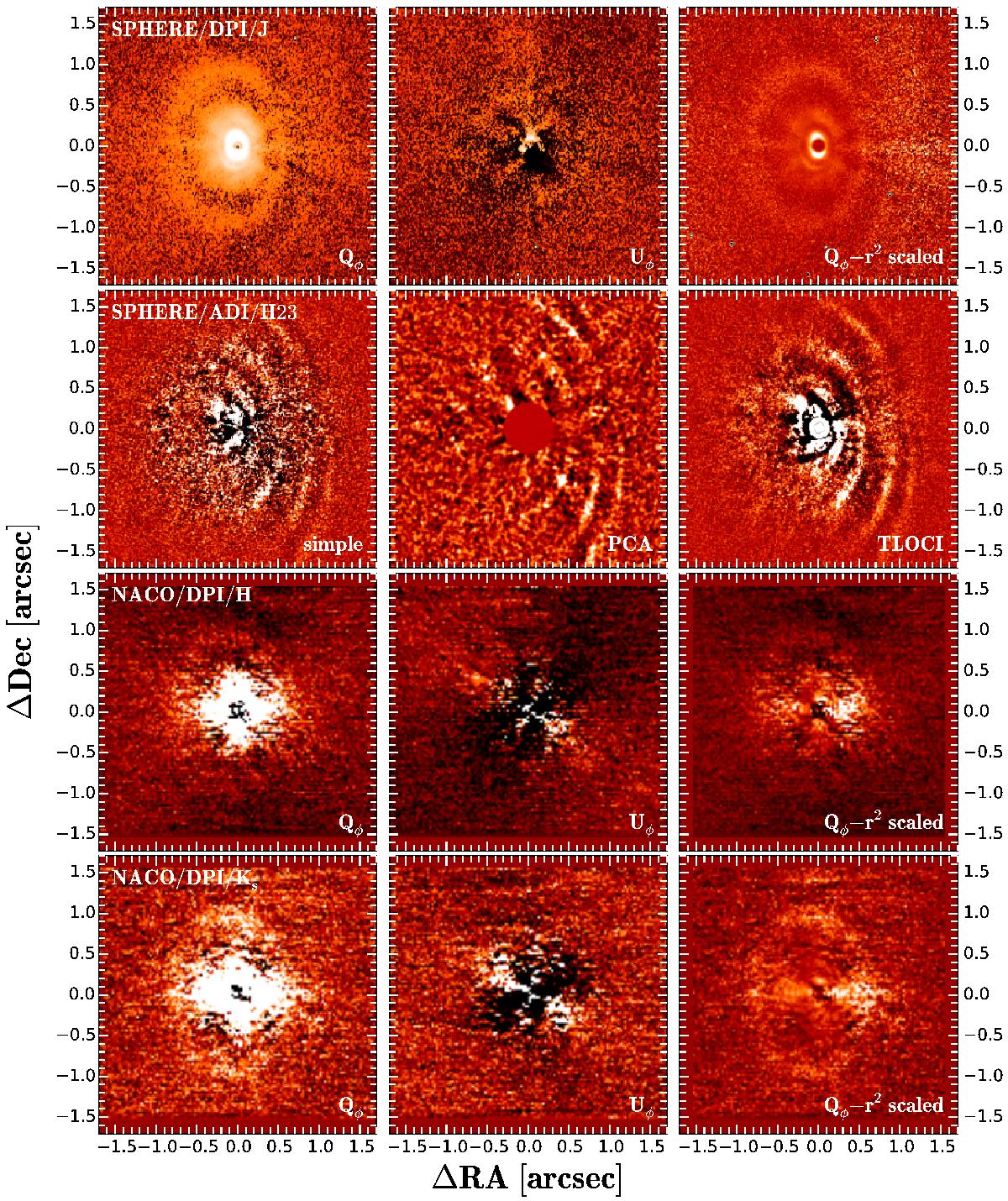