The XMM Cluster Outskirts Project (X-COP): Physical conditions of Abell 2142 up to the virial radius

Context. Galaxy clusters are continuously growing through the accretion of matter in their outskirts. This process induces inhomogeneities in the gas density distribution (clumping) that need to be taken into account to recover the physical properties of the intracluster medium (ICM) at large radii.
Aims: We studied the thermodynamic properties in the outskirts (R > R500) of the massive galaxy cluster Abell 2142 by combining the Sunyaev Zel'dovich (SZ) effect with the X-ray signal.
Methods: We combined the SZ pressure profile measured by Planck with the XMM-Newton gas density profile to recover radial profiles of temperature, entropy, and hydrostatic mass out to 2 × R500. We used a method that is insensitive to clumping to recover the gas density, and we compared the results with traditional X-ray measurement techniques.
Results: When taking clumping into account, our joint X-SZ entropy profile is consistent with the predictions from pure gravitational collapse, whereas a significant entropy flattening is found when the effect of clumping is neglected. The hydrostatic mass profile recovered using joint X-SZ data agrees with that obtained from spectroscopic X-ray measurements and with mass reconstructions obtained through weak lensing and galaxy kinematics.
Conclusions: We found that clumping can explain the entropy flattening observed by Suzaku in the outskirts of several clusters. When using a method that is insensitive to clumping for the reconstruction of the gas density, the thermodynamic properties of Abell 2142 are compatible with the assumption that the thermal gas pressure sustains gravity and that the entropy is injected at accretion shocks, with no need to evoke more exotic physics. Our results highlight the need for X-ray observations with sufficient spatial resolution, and large collecting area, to understand the processes at work in cluster outer regions. 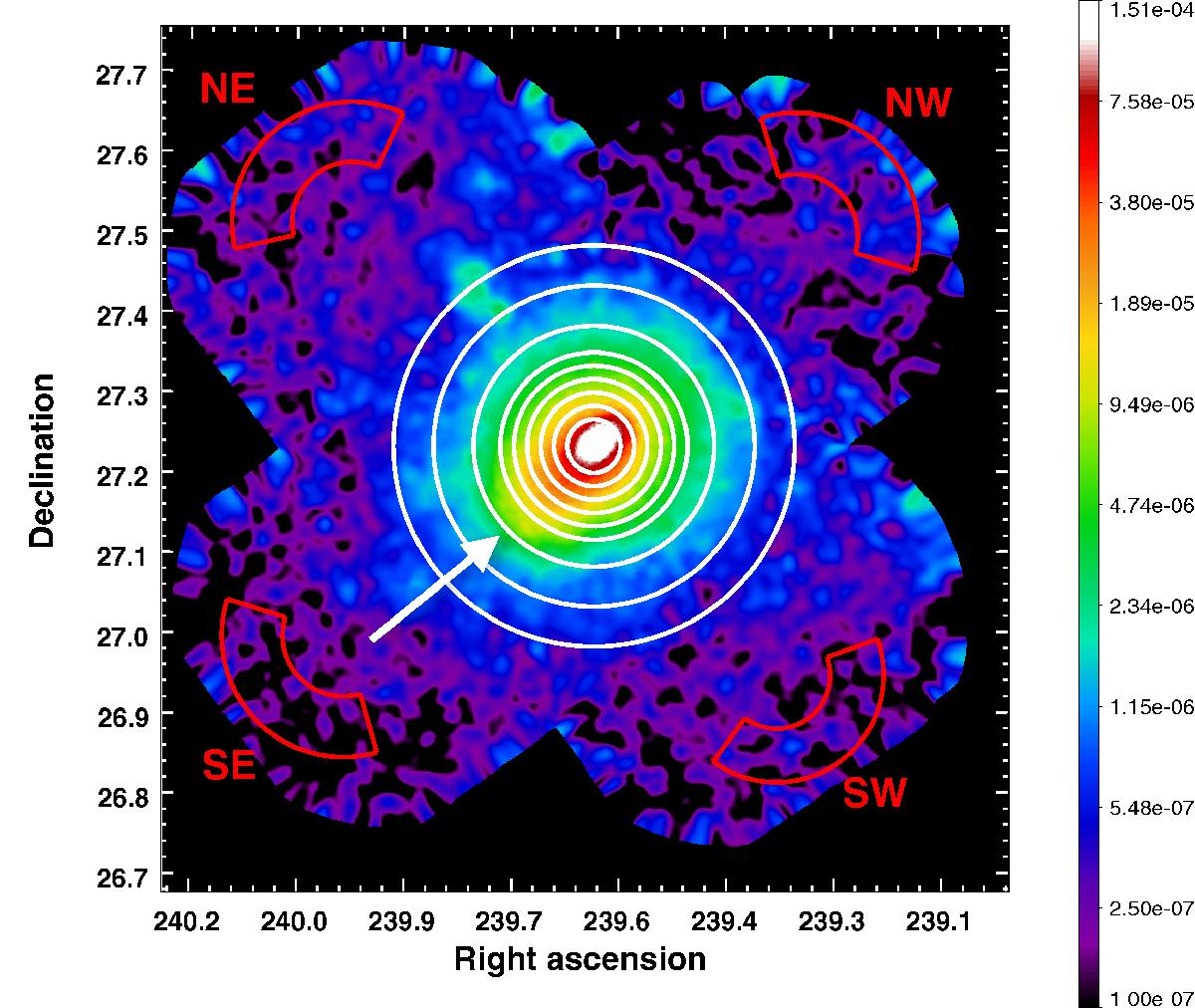