Photoionization models of H II regions require as input a description of the ionizing spectral energy distribution (SED) and of the gas distribution, in terms of ionization parameter U and chemical abundances (e.g., O/H and N/O).A strong degeneracy exists between the hardness of the SED and U, which in turn leads to high uncertainties in the determination of the other parameters, including abundances. One way to resolve the degeneracy is to fix one of the parameters using additional information. For each of the ~20 000 sources of the CALIFA H II regions catalog, a grid of photoionization models is computed assuming the ionizing SED to be described by the underlying stellar population obtained from spectral synthesis modeling. The ionizing SED is then defined as the sum of various stellar bursts of different ages and metallicities. This solves the degeneracy between the shape of the ionizing SED and U. The nebular metallicity (associated with O/H) is defined using the classical strong line method O3N2 (which gives our models the status of "hybrids"). The remaining free parameters are the abundance ratio N/O and the ionization parameter U, which are determined by looking for the model fitting [N II]/Hα and [O III]/Hβ. The models are also selected to fit [O II]/Hβ. This process leads to a set of ~3200 models that reproduce the three observations simultaneously. We find that the regions associated with young stellar bursts (I.e., ionized by OB stars) are affected by leaking of ionizing photons,the proportion of escaping photons having a median of 80%. The set of photoionization models satisfactorily reproduces the electron temperature derived from the [O III]λ4363/5007 line ratio. We determine new relations between the nebular parameters, like the ionization parameter U and the [O II]/[O III] or [S II]/[S III] line ratios. A new relation between N/O and O/H is obtained, mostly compatible with previous empirical determinations (and not with previous results obtained using photoionization models). A new relation between U and O/H is also determined. All the models are publicly available on the Mexican Million Models database 3MdB. 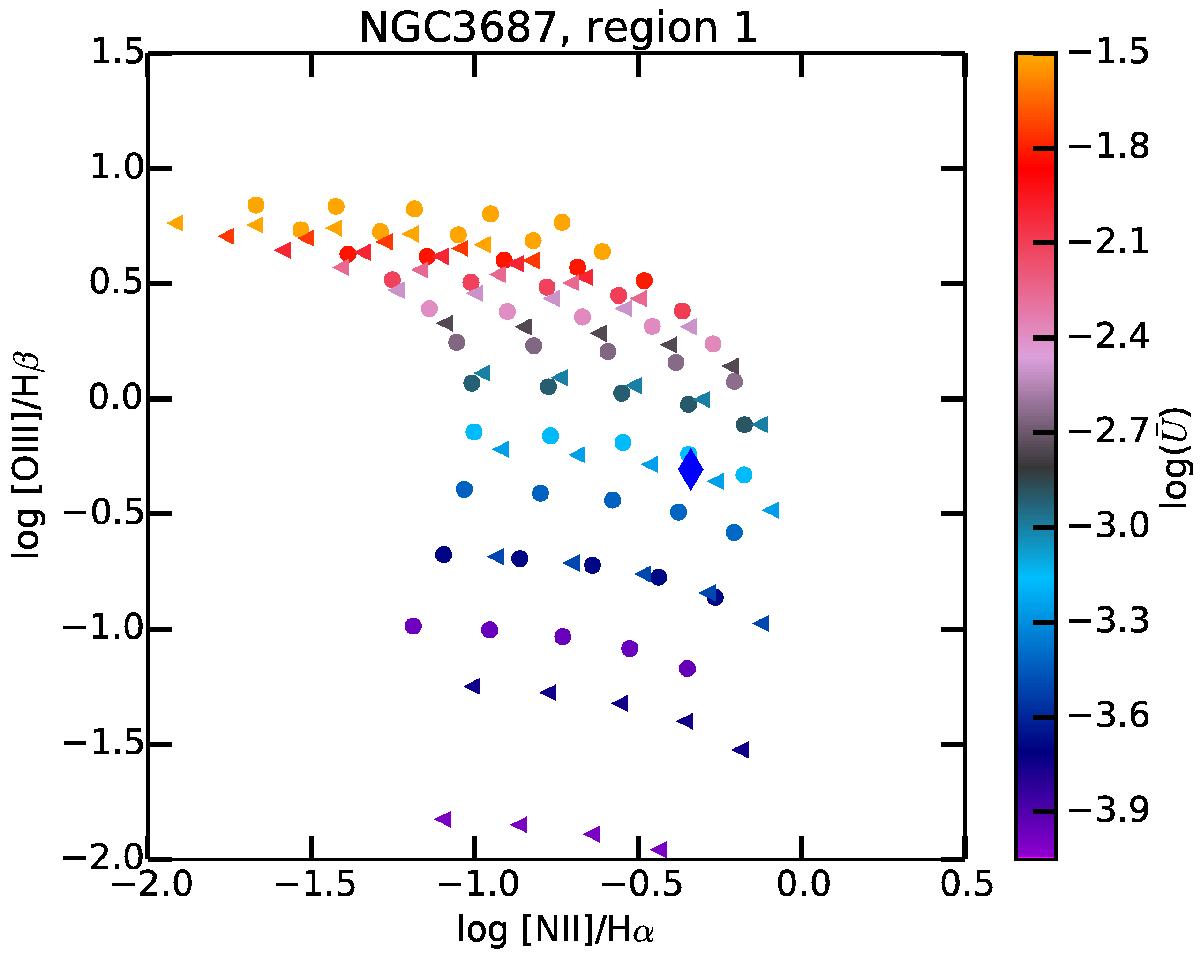