The Second Planck Catalogue of Compact Sources is a list of discrete objects detected in single-frequency maps from the full duration of the Planck mission and supersedes previous versions. It consists of compact sources, both Galactic and extragalactic, detected over the entire sky. Compact sources detected in the lower frequency channels are assigned to the PCCS2, while at higher frequencies they are assigned to one of two subcatalogues, the PCCS2 or PCCS2E, depending on their location on the sky. The first of these (PCCS2) covers most of the sky and allows the user to produce subsamples at higher reliabilities than the target 80% integral reliability of the catalogue. The second (PCCS2E) contains sources detected in sky regions where the diffuse emission makes it difficult to quantify the reliability of the detections. Both the PCCS2 and PCCS2E include polarization measurements, in the form of polarized flux densities, or upper limits, and orientation angles for all seven polarization-sensitive Planck channels. The improved data-processing of the full-mission maps and their reduced noise levels allow us to increase the number of objects in the catalogue, improving its completeness for the target 80% reliability as compared with the previous versions, the PCCS and the Early Release Compact Source Catalogue (ERCSC). 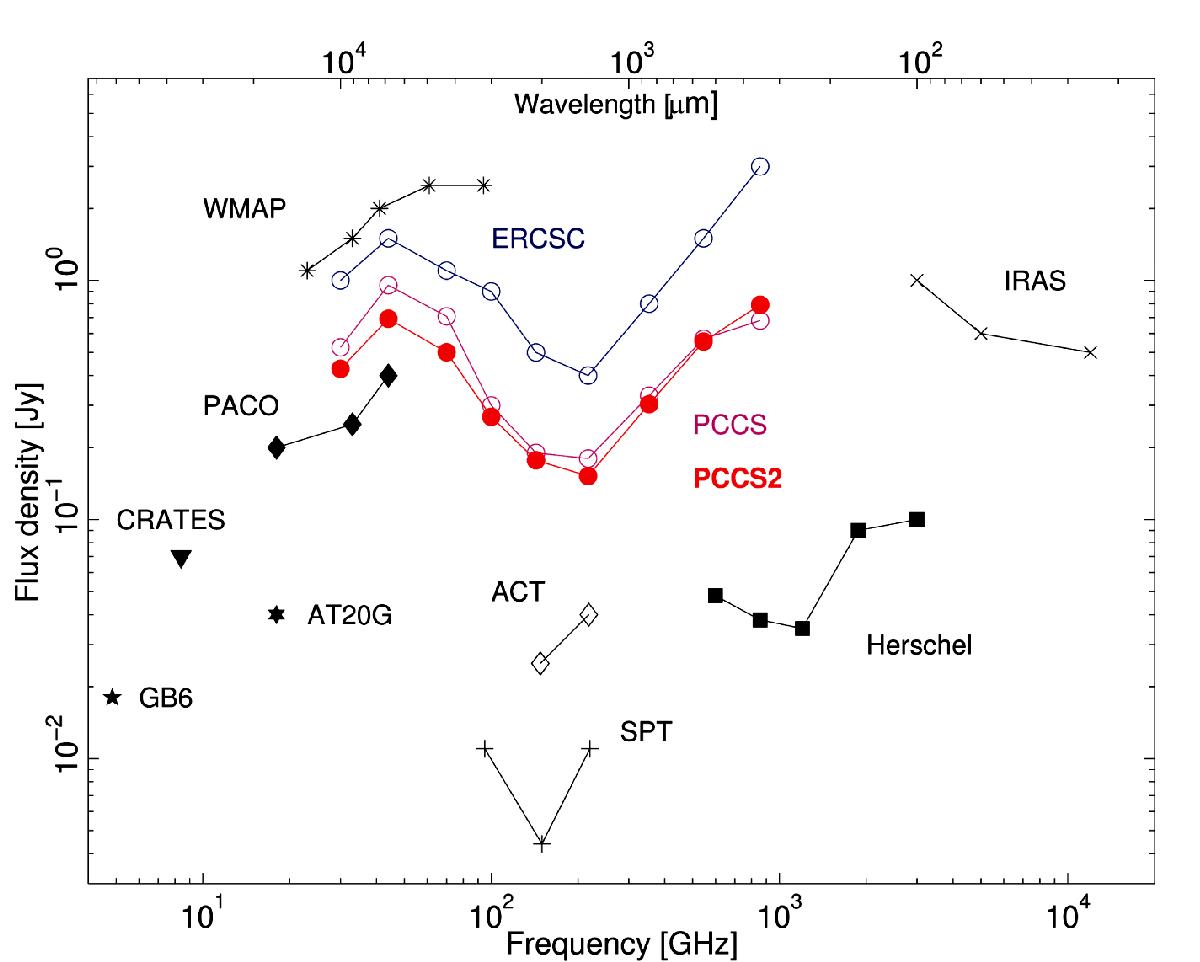