This paper presents the Planck 2015 likelihoods, statistical descriptions of the 2-point correlationfunctions of the cosmic microwave background (CMB) temperature and polarization fluctuations that account for relevant uncertainties, both instrumental and astrophysical in nature. They are based on the same hybrid approach used for the previous release, I.e., a pixel-based likelihood at low multipoles (ℓ< 30) and a Gaussian approximation to the distribution of cross-power spectra at higher multipoles. The main improvements are the use of more and better processed data and of Planck polarization information, along with more detailed models of foregrounds and instrumental uncertainties. The increased redundancy brought by more than doubling the amount of data analysed enables further consistency checks and enhanced immunity to systematic effects. It also improves the constraining power of Planck, in particular with regard to small-scale foreground properties. Progress in the modelling of foreground emission enables the retention of a larger fraction of the sky to determine the properties of the CMB, which also contributes to the enhanced precision of the spectra. Improvements in data processing and instrumental modelling further reduce uncertainties. Extensive tests establish the robustness and accuracy of the likelihood results, from temperature alone, from polarization alone, and from their combination. For temperature, we also perform a full likelihood analysis of realistic end-to-end simulations of the instrumental response to the sky, which were fed into the actual data processing pipeline; this does not reveal biases from residual low-level instrumental systematics. Even with the increase in precision and robustness, the ΛCDM cosmological model continues to offer a very good fit to the Planck data. The slope of the primordial scalar fluctuations, ns, is confirmed smaller than unity at more than 5σ from Planck alone. We further validate the robustness of the likelihood results against specific extensions to the baseline cosmology, which are particularly sensitive to data at high multipoles. For instance, the effective number of neutrino species remains compatible with the canonical value of 3.046. For this first detailed analysis of Planck polarization spectra, we concentrate at high multipoles on the E modes, leaving the analysis of the weaker B modes to future work. At low multipoles we use temperature maps at all Planck frequencies along with a subset of polarization data. These data take advantage of Planck's wide frequency coverage to improve the separation of CMB and foreground emission. Within the baseline ΛCDM cosmology this requires τ = 0.078 ± 0.019 for the reionization optical depth, which is significantly lower than estimates without the use of high-frequency data for explicit monitoring of dust emission. At high multipoles we detect residual systematic errors in E polarization, typically at the μK2 level; we therefore choose to retain temperature information alone for high multipoles as the recommended baseline, in particular for testing non-minimal models. Nevertheless, the high-multipole polarization spectra from Planck are already good enough to enable a separate high-precision determination of the parameters of the ΛCDM model, showing consistency with those established independently from temperature information alone. 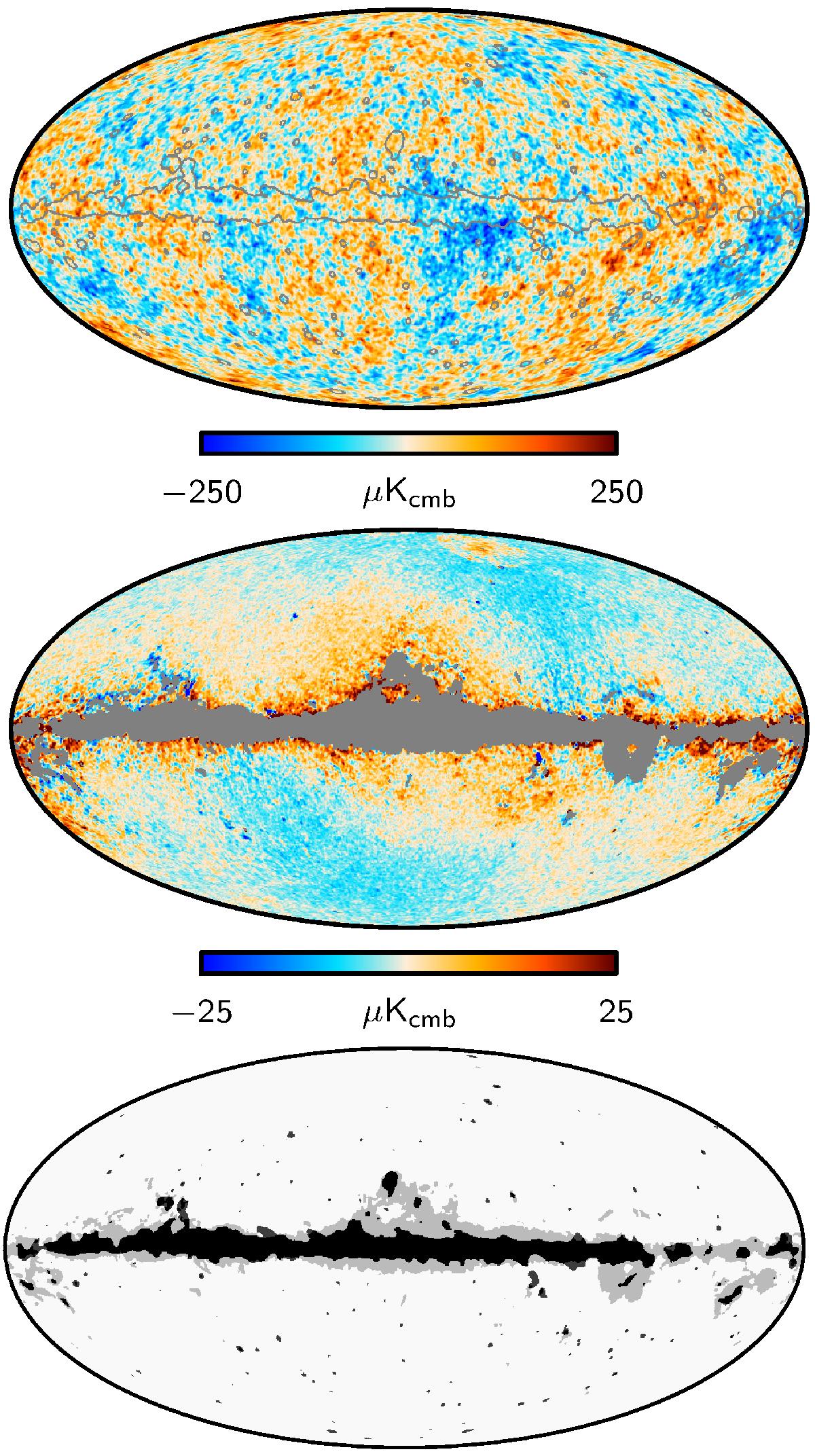