The nearby red dwarf binary GJ65 AB (UV+BL Ceti, M5.5Ve+M6Ve) is a cornerstone system to probe the physics of very low-mass stars. The radii of the two stars are currently known only from indirect photometric estimates, however, and this prevents us from using GJ65 AB as calibrators for the mass-radius (M-R) relation. We present new interferometric measurements of the angular diameters of the two components of GJ65 with the VLTI/PIONIER instrument in the near-infrared H band: θUD(A) = 0.558 ± 0.008 ± 0.020 mas and θUD(B) = 0.539 ± 0.009 ± 0.020 mas. They translate into limb-darkened angular diameters of θLD(A) = 0.573 ± 0.021 mas and θLD(B) = 0.554 ± 0.022 mas. Based on the known parallax, the linear radii are R(A) = 0.165 ± 0.006 R⊙ and R(B) = 0.159 ± 0.006 R⊙ (σ(R) /R = 4%). We searched for the signature of flares and faint companions in the interferometric visibilities and closure phases, but we did not identify any significant signal. We also observed GJ65 with the VLT/NACO adaptive optics and refined the orbital parameters and infrared magnitudes of the system. We derived masses for the two components of m(A) = 0.1225 ± 0.0043 M⊙ and m(B) = 0.1195 ± 0.0043 M⊙ (σ(m) /m = 4%). To derive the radial and rotational velocities of the two stars as well as their relative metallicity with respect to Proxima, we also present new individual UVES high-resolution spectra of the two components. Placing GJ65 A and B in the mass-radius diagram shows that their radii exceed expectations from recent models by 14 ± 4% and 12 ± 4%, respectively. Following previous theories, we propose that this discrepancy is caused by the inhibition of convective energy transport by a strong internal magnetic field generated by dynamo effect in these two fast-rotating stars. A comparison with the almost identical twin Proxima, which is rotating slowly, strengthens this hypothesis because the radius of Proxima does not appear to be inflated compared to models. 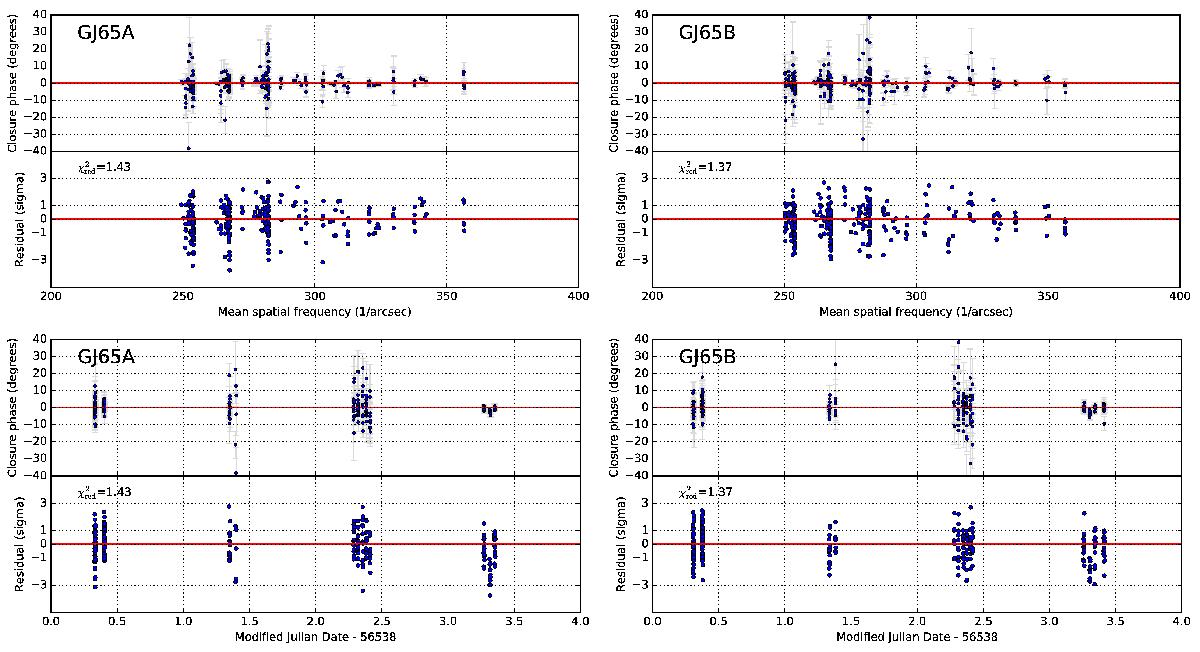