We measured the distribution in absolute magnitude - circular velocity space for a well-defined sample of 199 rotating galaxies of the Calar Alto Legacy Integral Field Area Survey (CALIFA) using their stellar kinematics. Our aim in this analysis is to avoid subjective selection criteria and to take volume and large-scale structure factors into account. Using stellar velocity fields instead of gas emission line kinematics allows including rapidly rotating early-type galaxies. Our initial sample contains 277 galaxies with available stellar velocity fields and growth curve r-band photometry. After rejecting 51 velocity fields that could not be modelled because of the low number of bins, foreground contamination, or significant interaction, we performed Markov chain Monte Carlo modelling of the velocity fields, from which we obtained the rotation curve and kinematic parameters and their realistic uncertainties. We performed an extinction correction and calculated the circular velocity vcirc accounting for the pressure support of a given galaxy. The resulting galaxy distribution on the Mr-vcirc plane was then modelled as a mixture of two distinct populations, allowing robust and reproducible rejection of outliers, a significant fraction of which are slow rotators. The selection effects are understood well enough that we were able to correct for the incompleteness of the sample. The 199 galaxies were weighted by volume and large-scale structure factors, which enabled us to fit a volume-corrected Tully-Fisher relation (TFR). More importantly, we also provide the volume-corrected distribution of galaxies in the Mr-vcirc plane, which can be compared with cosmological simulations. The joint distribution of the luminosity and circular velocity space densities, representative over the range of -20 > Mr > -22 mag, can place more stringent constraints on the galaxy formation and evolution scenarios than linear TFR fit parameters or the luminosity function alone. 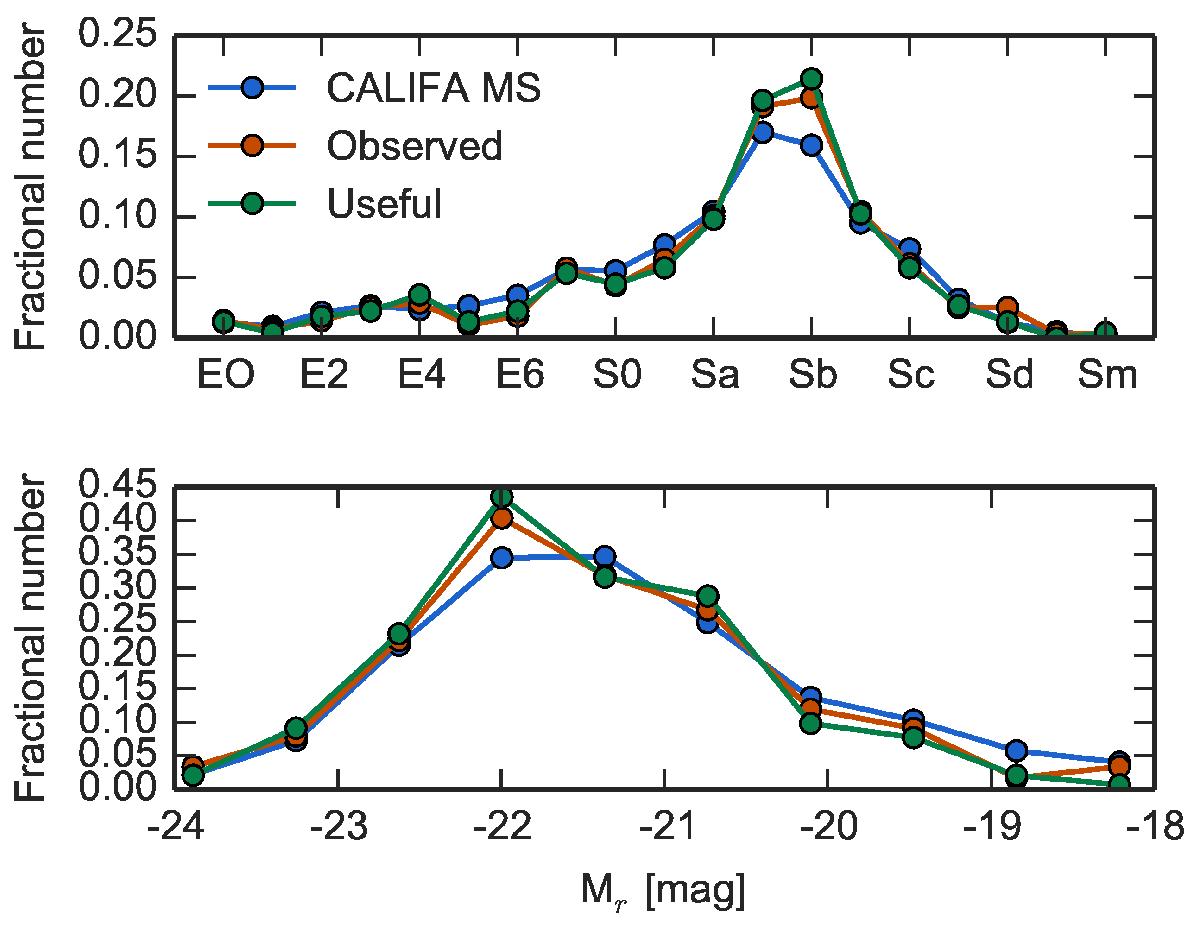