Aims: The OSIRIS camera on board the Rosetta spacecraft has been acquiring images of the comet 67P/Churyumov-Gerasimenko (67P)'s nucleus since August 2014. Starting in May 2015, the southern hemisphere gradually became illuminated and was imaged for the first time. Here we present the regional morphology of the southern hemisphere, which serves as a companion to an earlier paper that presented the regional morphology of the northern hemisphere.
Methods: We used OSIRIS images that were acquired at orbits ~45-125 km from the center of the comet (corresponding to spatial resolutions of ~0.8 to 2.3 m/pixel) coupled with the use of digital terrain models to define the different regions on the surface, and identify structural boundaries accurately.
Results: Seven regions have been defined in the southern hemisphere bringing the total number of defined regions on the surface of the nucleus to 26. These classifications are mainly based on morphological and/or topographic boundaries. The southern hemisphere shows a remarkable dichotomy with its northern counterpart mainly because of the absence of wide-scale smooth terrains, dust coatings and large unambiguous depressions. As a result, the southern hemisphere closely resembles previously identified consolidated regions. An assessment of the overall morphology of comet 67P suggests that the comet's two lobes show surface heterogeneities manifested in different physical/mechanical characteristics, possibly extending to local (I.e., within a single region) scales. 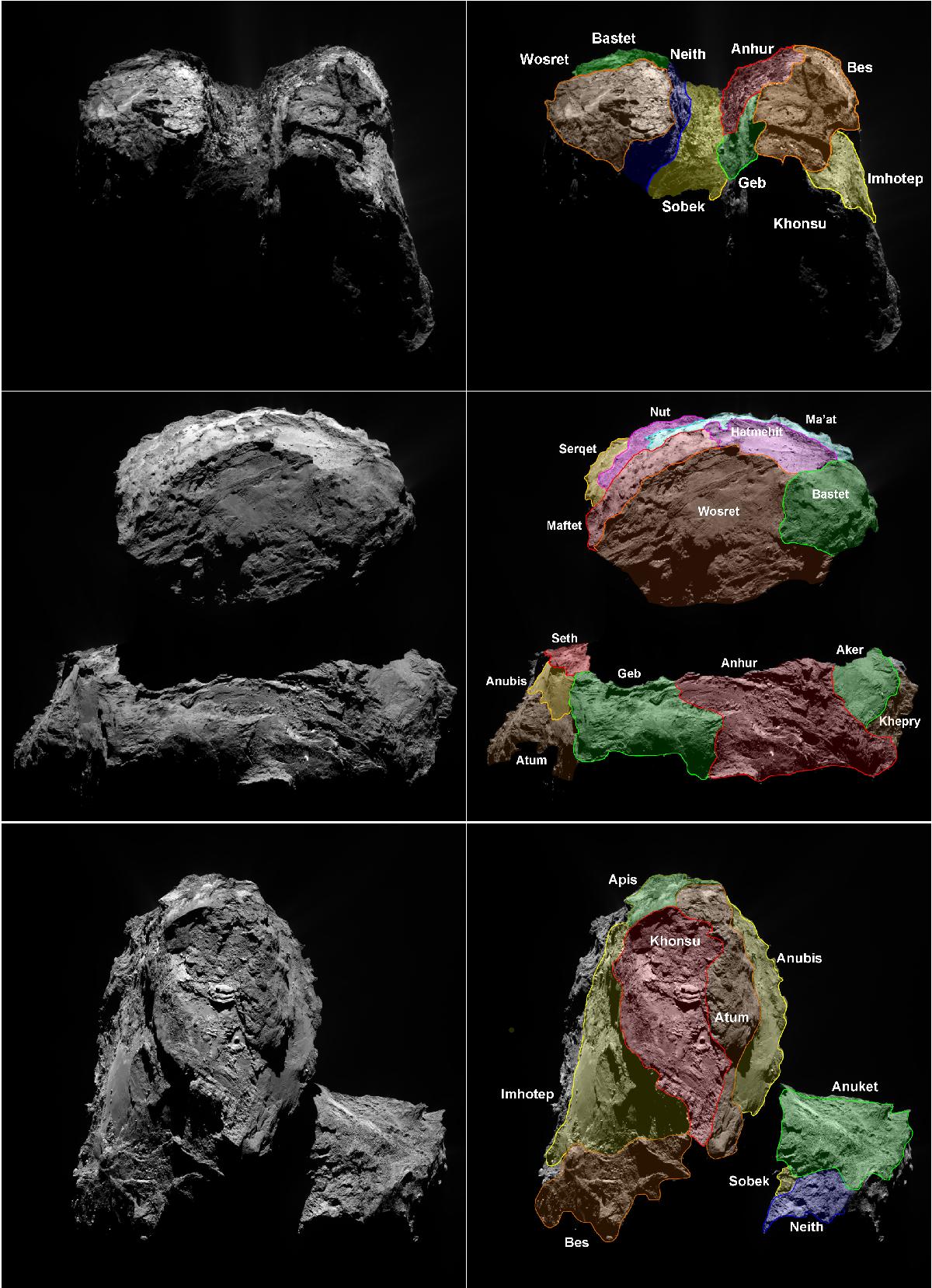