Probing the CO and methanol snow lines in young protostars. Results from the CALYPSO IRAM-PdBI survey

Context. So-called snow lines, indicating regions where abundant volatiles freeze out onto the surface of dust grains, play an important role for planet growth and bulk composition in protoplanetary disks. They can already be observed in the envelopes of the much younger, low-mass Class 0 protostars, which are still in their early phase of heavy accretion.
Aims: We aim to use the information on the sublimation regions of different kinds of ices to understand the chemistry of the envelope, its temperature and density structure, and the history of the accretion process. This information is crucial to get the full picture of the early protostellar collapse and the subsequent evolution of young protostars.
Methods: As part of the CALYPSO IRAM Large Program, we have obtained observations of C18O, N2H+, and CH3OH towards nearby Class 0 protostars with the IRAM Plateau de Bure interferometer at sub-arcsecond resolution. For four of these sources, we have modeled the emission using a chemical code coupled with a radiative transfer module.
Results: We observe an anti-correlation of C18O and N2H+ in NGC 1333-IRAS4A, NGC 1333-IRAS4B, L1157, and L1448C, with N2H+ forming a ring (perturbed by the outflow) around the centrally peaked C18O emission. This emission morphology, which is due to N2H+ being chemically destroyed by CO, reveals the CO and N2 ice sublimation regions in these protostellar envelopes with unprecedented resolution. We also observe compact methanol emission towards three of the sources. Based on our chemical model and assuming temperature and density profiles from the literature, we find that for all four sources the CO snow line appears further inwards than expected from the binding energy of pure CO ices (~855 K). The emission regions of models and observations match for a higher value of the CO binding energy of 1200 K, corresponding to a dust temperature of ~24 K at the CO snow line. The binding energy for N2 ices is modeled at 1000 K, also higher than for pure N2 ices. Furthermore, we find very low CO abundances inside the snow lines in our sources, about an order of magnitude lower than the total CO abundance observed in the gas on large scales in molecular clouds before depletion sets in.
Conclusions: The high CO binding energy may hint at CO being frozen out in a polar ice environment like amorphous water ice or in non-polar CO2-rich ice. The low CO abundances are comparable to values found in protoplanetary disks, which may indicate an evolutionary scenario where these low values are already established in the protostellar phase.

Based on observations carried out under project number U052 with the IRAM Plateau de Bure Interferometer. IRAM is supported by INSU/CNRS (France), MPG (Germany) and IGN (Spain). 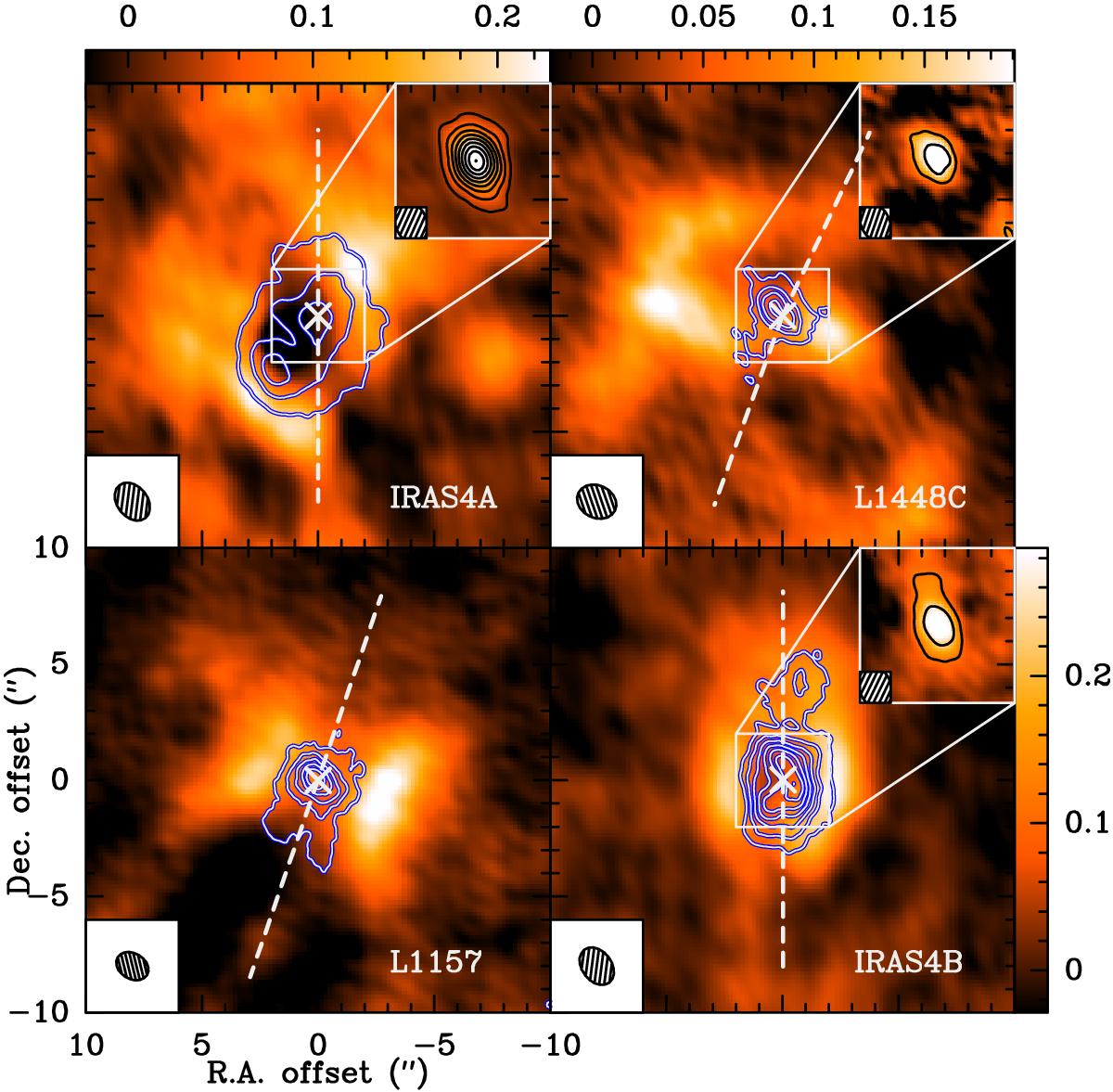