Context. Statistical analysis of the orbits of distant Kuiper belt objects (KBOs) has led to the suggestion that an additional planet should reside in the solar system. According to recent models, the secular action of this body should cause orbital alignment of the KBOs.
Aims: It was recently claimed that the KBOs affected by these dynamics are presumably trapped in mean-motion resonances with the suspected planet. I reinvestigate here the secular model underlying this idea.
Methods: The original analysis was carried out by expanding and truncating the secular Hamiltonian. I show that this is inappropriate, as the series expansion is not convergent. I present a study based on numerical computation of the Hamiltonian with no expansion.
Results: I show in phase-space diagrams the existence of apsidally anti-aligned, high eccentricity libration islands that were not present in the original modelling, but match numerical simulations. These island were claimed to correspond to bodies trapped in mean-motion resonances with the hypothetical planet and match the characteristics of the distant KBOs observed.
Conclusions: My main result is that regular secular dynamics can account for the anti-aligned particles itself as well as mean-motion resonances. I also perform a semi-analytical study of resonant motion and show that some resonance are actually capable of producing the same libration islands. I then discuss the relative importance of both mechanisms. 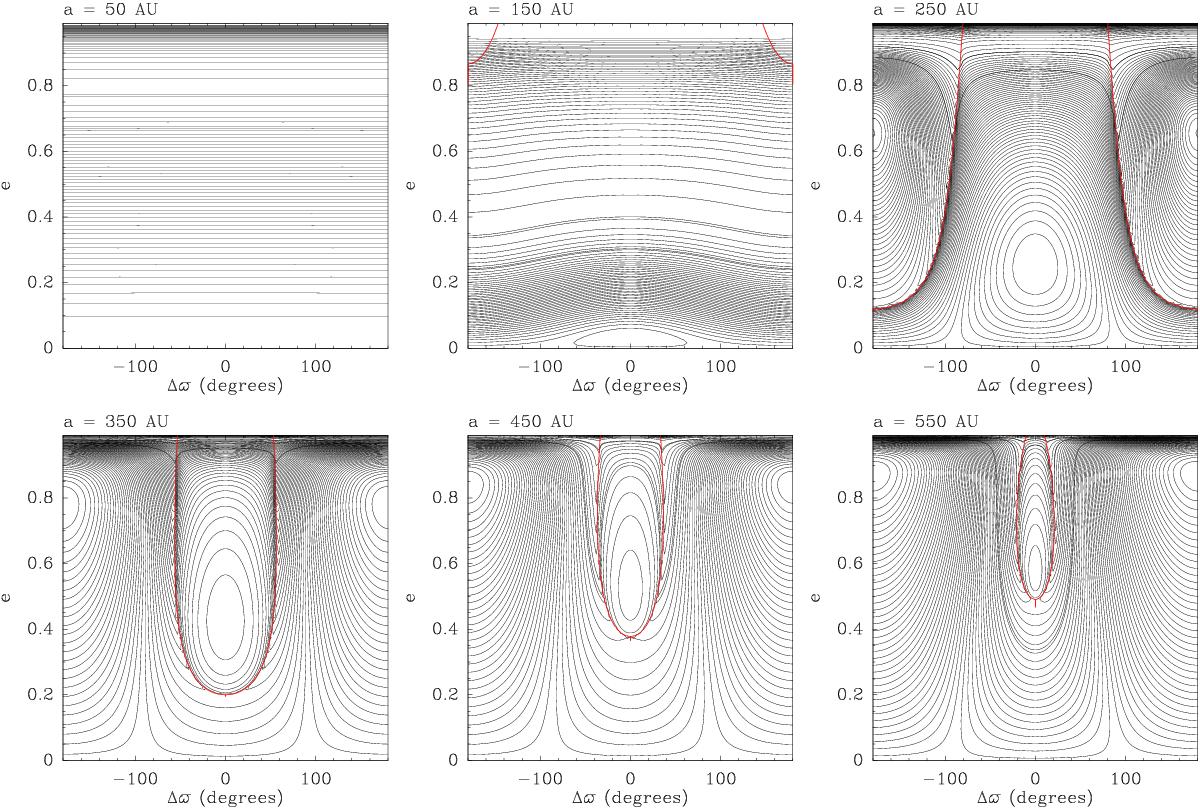