Non-equilibrium ionization by a periodic electron beam. I. Synthetic coronal spectra and implications for interpretation of observations

Context. Coronal heating is currently thought to proceed via the mechanism of nanoflares, small-scale and possibly recurring heating events that release magnetic energy.
Aims: We investigate the effects of a periodic high-energy electron beam on the synthetic spectra of coronal Fe ions.
Methods: Initially, the coronal plasma is assumed to be Maxwellian with a temperature of 1 MK. The high-energy beam, described by a κ-distribution, is then switched on every period P for the duration of P/ 2. The periods are on the order of several tens of seconds, similar to exposure times or cadences of space-borne spectrometers. Ionization, recombination, and excitation rates for the respective distributions are used to calculate the resulting non-equilibrium ionization state of Fe and the instantaneous and period-averaged synthetic spectra.
Results: Under the presence of the periodic electron beam, the plasma is out of ionization equilibrium at all times. The resulting spectra averaged over one period are almost always multithermal if interpreted in terms of ionization equilibrium for either a Maxwellian or a κ-distribution. Exceptions occur, however; the EM-loci curves appear to have a nearly isothermal crossing-point for some values of κs. The instantaneous spectra show fast changes in intensities of some lines, especially those formed outside of the peak of the respective EM(T) distributions if the ionization equilibrium is assumed.

Movies 1-5 are available in electronic form at http://www.aanda.org 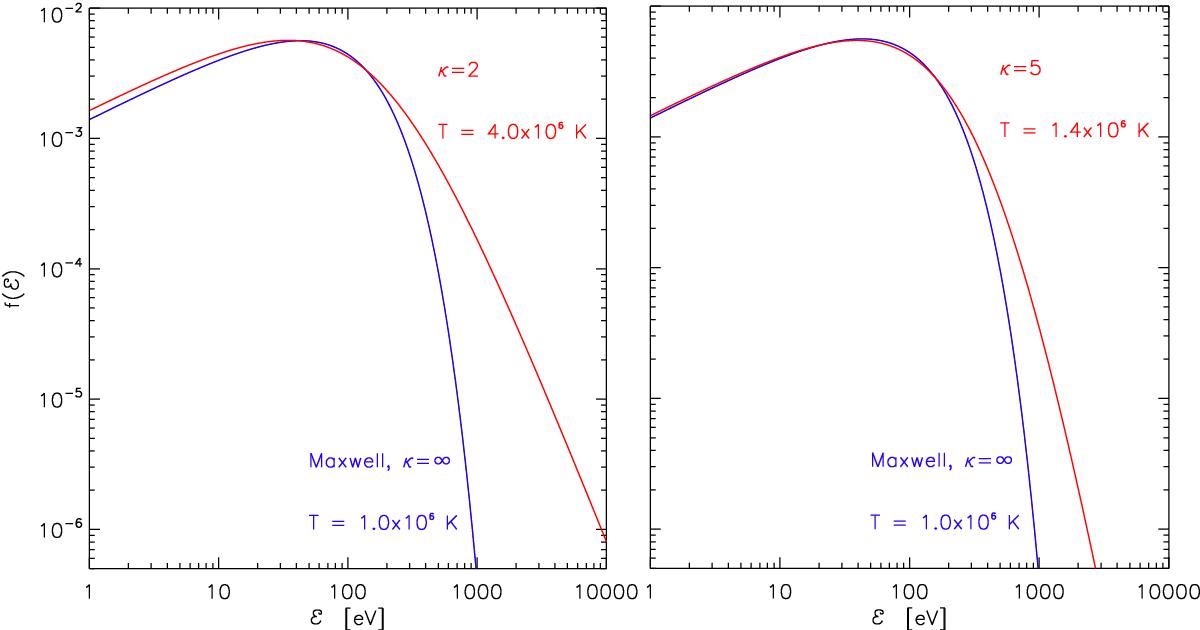