The close circumstellar environment of Betelgeuse. IV. VLTI/PIONIER interferometric monitoring of the photosphere

Context. The mass-loss mechanism of cool massive evolved stars is poorly understood. The proximity of Betelgeuse makes it an appealing target to study its atmosphere, map the shape of its envelope, and follow the structure of its wind from the photosphere out to the interstellar medium.
Aims: A link is suspected between the powerful convective motions in Betelgeuse and its mass loss. We aim to constrain the spatial structure and temporal evolution of the convective pattern on the photosphere and to search for evidence of this link.
Methods: We report new interferometric observations in the infrared H-band using the VLTI/PIONIER instrument. We monitored the photosphere of Betelgeuse between 2012 January and 2014 November to look for evolutions that may trigger the outflow.
Results: Our interferometric observations at low spatial frequencies are compatible with the presence of a hot spot on the photosphere that has a characteristic width of one stellar radius. It appears to be superposed on the smaller scale convective pattern. In the higher spatial frequency domain, we observe a significant difference between the observations and the predictions of 3D hydrodynamical simulations.
Conclusions: We bring new evidence for the presence of a convective pattern in the photosphere of red supergiants. The inferred hot spot is probably the top of a giant convection cell although an asymmetric extension of the star cannot be excluded by these interferometric observations alone. The properties of the observed surface features show a stronger contrast and inhomogeneity as predicted by 3D radiative hydrodynamical simulations. We propose that the large observed feature is modifying the signature of the convective pattern at the surface of the star in a way that simulations cannot reproduce. 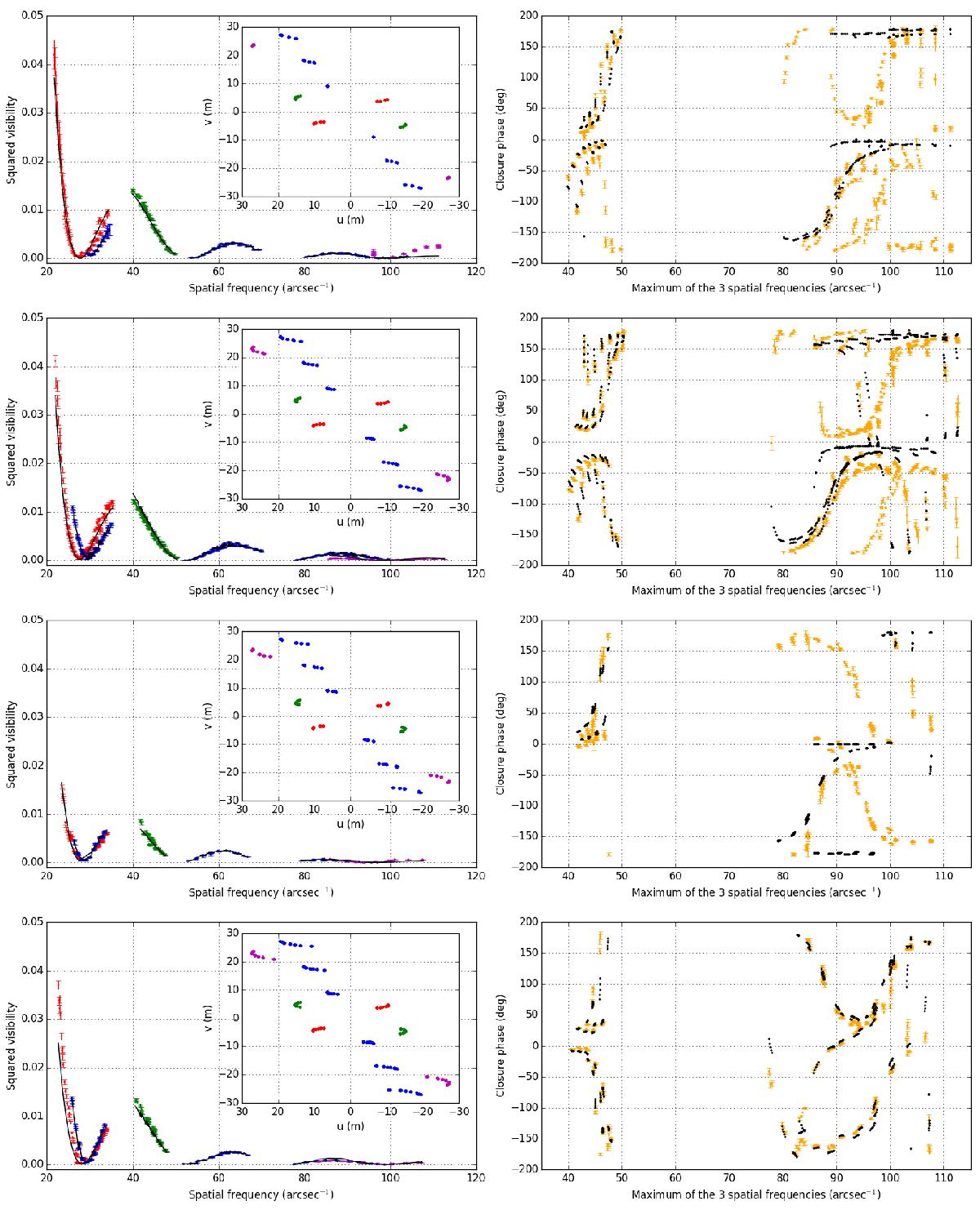