Context. The optical light curve of Type Ia supernovae (SNIa) is powered by thermalized gamma-rays produced by the decay of 56Ni and 56Co, the main radioactive isotopes synthesized by the thermonuclear explosion of a C/O white dwarf.
Aims: Gamma-rays escaping the ejecta can be used as a diagnostic tool for studying the characteristics of the explosion. In particular, it is expected that the analysis of the early gamma emission, near the maximum of the optical light curve, could provide information about the distribution of the radioactive elements in the debris.
Methods: The gamma data obtained from in by the instruments on board INTEGRAL were analysed paying special attention to the effect that the detailed spectral response has on the measurements of the intensity of the lines.
Results: The 158 keV emission of 56Ni has been detected in SN2014J at ~5σ at low energy with both ISGRI and SPI around the maximum of the optical light curve. After correcting the spectral response of the detector, the fluxes in the lines suggest that, in addition to the bulk of radioactive elements buried in the central layers of the debris, there is a plume of 56Ni, with a significance of ~3σ, moving at high velocity and receding from the observer. The mass of the plume is in the range of ~0.03-0.08 M☉.
Conclusions: No SNIa explosion model has ever predicted the mass and geometrical distribution of 56Ni suggested here. According to its optical properties, SN2014J looks like a normal SNIa, so it is extremely important to discern whether it is also representative in the gamma-ray band.

Based on observations with INTEGRAL, an ESA project with instruments and the science data centre funded by ESA member states (especially the PI countries: Denmark, France, Germany, Italy, Switzerland, and Spain), the Czech Republic, and Poland and with the participation of Russia and USA. 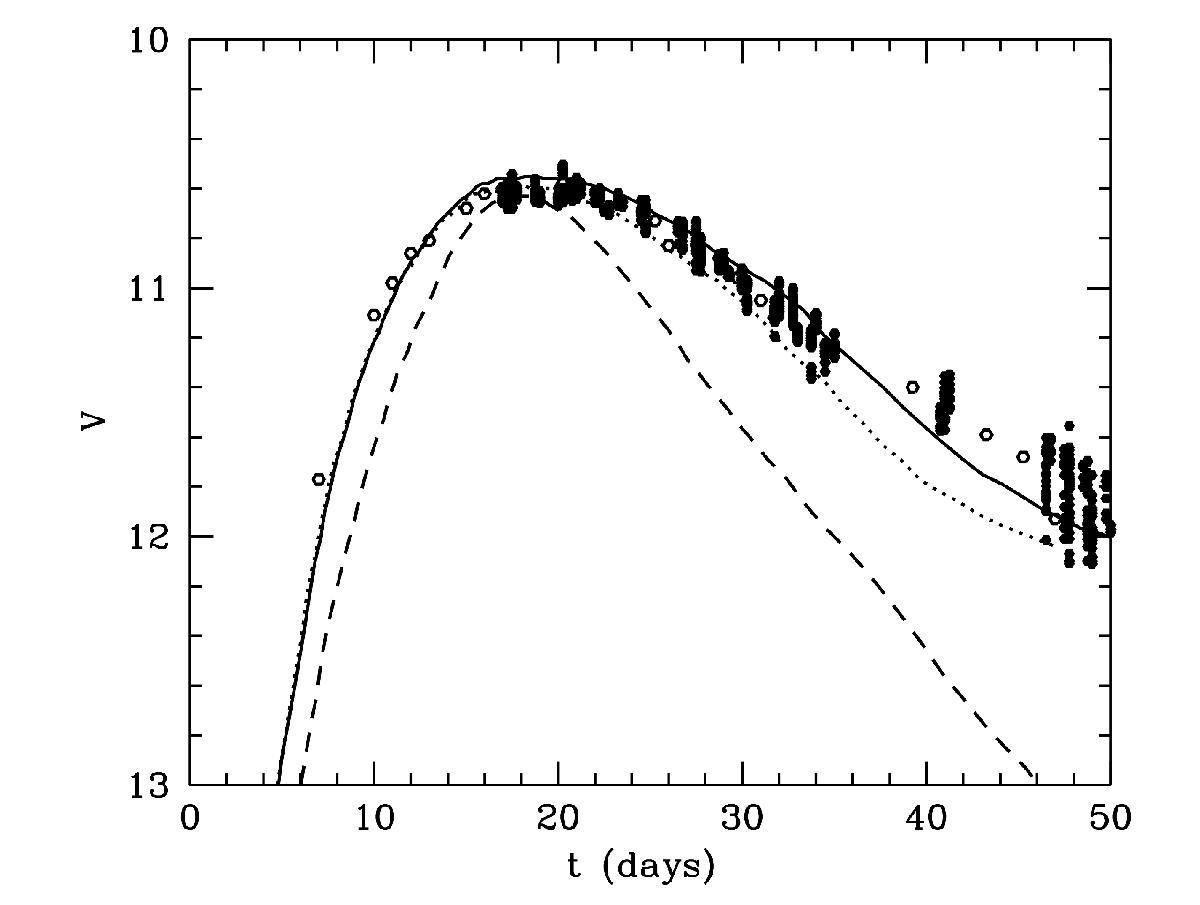