Aims: NGC 6334 and NGC 6357 are amongst the most active, optically visible Galactic star-forming complexes. They are composed of several H II regions that have a significant impact on their surrounding. The aim of this paper is to present a kinematic study of the optical H II regions that belong to NGC 6334 and NGC 6357.
Methods: We use Fabry-Perot interferometer observations of the Hα line, which cover NGC 6334 and NGC 6357. These observations allow us to analyse the Hα line profiles to probe the kinematics of the ionised gas of both regions. We complement the Hα observations with multi-wavelength data to specify the nature of the H II regions.
Results: We determine the dynamical nature of the optical H II regions that belongs to NGC 6334 and NGC 6357. In NGC 6334, GUM 61 is an expanding wind shell-like H II region, GUM 64b exhibits a champagne flow, GM1-24 is the Hα counterpart of two larger regions and H II 351.2+0.5 is, in fact, composed of two H II regions. In NGC 6357, H II 353.08+0.28 and H II 353.09+0.63 are probably stellar wind-shaped bubble H II regions, while H II 353.42+0.45 is a classical photo-ionised H II region. We suggest that, at large scale, star-formation seems to be triggered where large/old H II regions intersect. Inversely, stellar formation seems to have already started in the NGC 6334 north-east filament, irrespective of any evident external H II region impact. While NGC 6357 shows more complicated kinematics, NGC 6334 is characterised by a more active stellar formation. 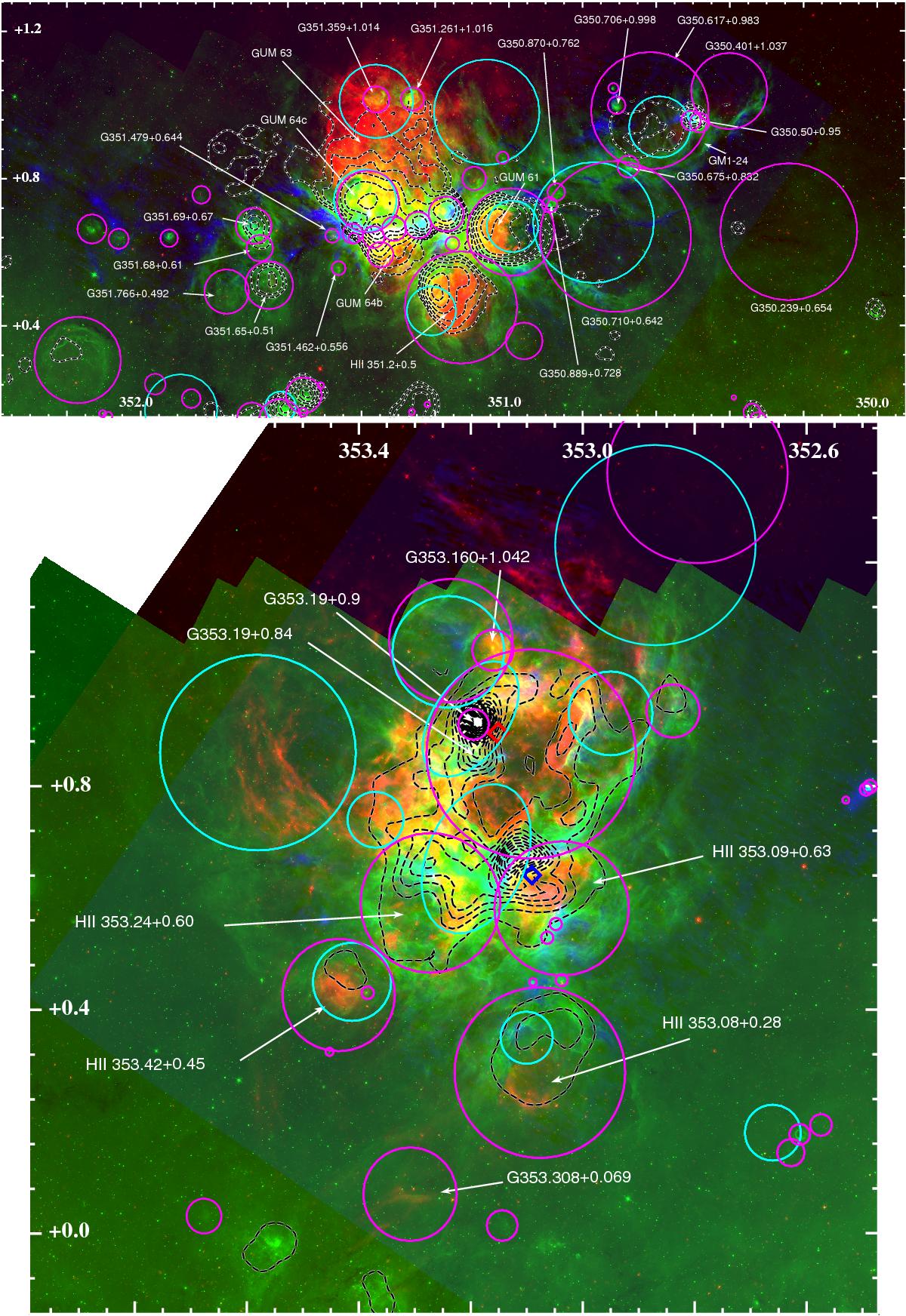