Long-term radial-velocity variations of the Sun as a star: The HARPS view

Context. Stellar radial velocities play a fundamental role in the discovery of extrasolar planets and the measurement of their physical parameters as well as in the study of stellar physical properties.
Aims: We investigate the impact of the solar activity on the radial velocity of the Sun using the HARPS spectrograph to obtain measurements that can be directly compared with those acquired in the extrasolar planet search programmes.
Methods: We used the Moon, the Galilean satellites, and several asteroids as reflectors to measure the radial velocity of the Sun as a star and correlated this velocity with disc-integrated chromospheric and magnetic indexes of solar activity that are similar to stellar activity indexes. We discuss in detail the systematic effects that affect our measurements and the methods to account for them.
Results: We find that the radial velocity of the Sun as a star is positively correlated with the level of its chromospheric activity at ~95 percent significance level. The amplitude of the long-term variation measured in the 2006-2014 period is 4.98 ± 1.44 m/s, which is in good agreement with model predictions. The standard deviation of the residuals obtained by subtracting a linear best fit is 2.82 m/s and is due to the rotation of the reflecting bodies and the intrinsic variability of the Sun on timescales shorter than the activity cycle. A correlation with a lower significance is detected between the radial velocity and the mean absolute value of the line-of-sight photospheric magnetic field flux density.
Conclusions: Our results confirm similar correlations found in other late-type main-sequence stars and provide support to the predictions of radial velocity variations induced by stellar activity based on current models. 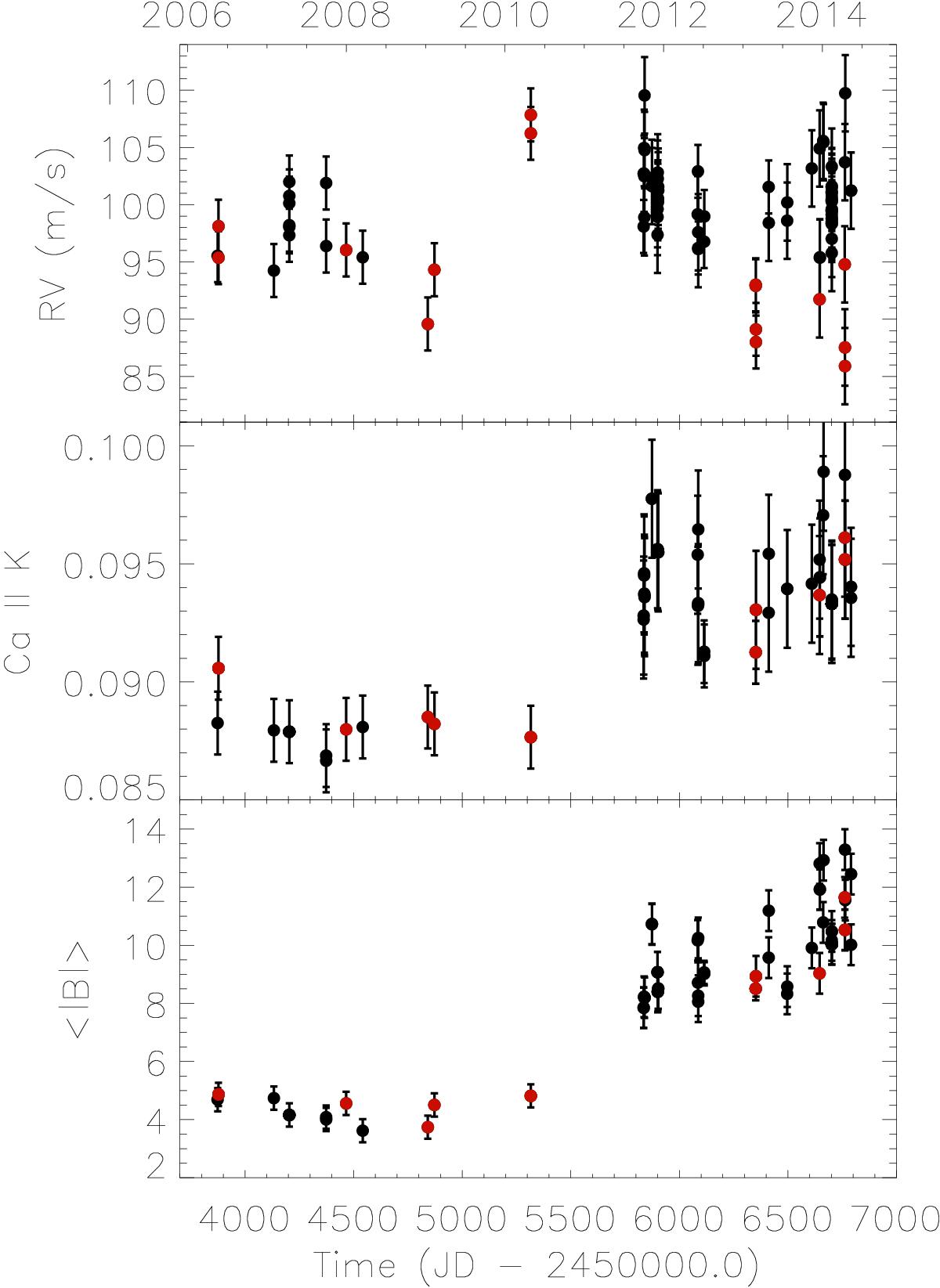