We report the detection of extended Lyα emission around individual star-forming galaxies at redshifts z = 3-6 in an ultradeep exposure of the Hubble Deep Field South obtained with MUSE on the ESO-VLT. The data reach a limiting surface brightness (1σ) of ~1 × 10-19 erg s-1 cm-2 arcsec-2 in azimuthally averaged radial profiles, an order of magnitude improvement over previous narrowband imaging. Our sample consists of 26 spectroscopically confirmed Lyα-emitting, but mostly continuum-faint (mAB ≳ 27) galaxies. In most objects the Lyα emission is considerably more extended than the UV continuum light. While five of the faintest galaxies in the sample show no significantly detected Lyα haloes, the derived upper limits suggest that this is due to insufficient S/N. Lyα haloes therefore appear to be ubiquitous even for low-mass (~ 108-109 M⊙) star-forming galaxies at z > 3. We decompose the Lyα emission of each object into a compact component tracing the UV continuum and an extended halo component, and infer sizes and luminosities of the haloes. The extended Lyα emission approximately follows an exponential surface brightness distribution with a scale length of a few kpc. While these haloes are thus quite modest in terms of their absolute sizes, they are larger by a factor of 5-15 than the corresponding rest-frame UV continuum sources as seen by HST. They are also much more extended, by a factor ~5, than Lyα haloes around low-redshift star-forming galaxies. Between ~40% and ≳90% of the observed Lyα flux comes from the extended halo component, with no obvious correlation of this fraction with either the absolute or the relative size of the Lyα halo. Our observations provide direct insights into the spatial distribution of at least partly neutral gas residing in the circumgalactic medium of low to intermediate mass galaxies at z > 3. 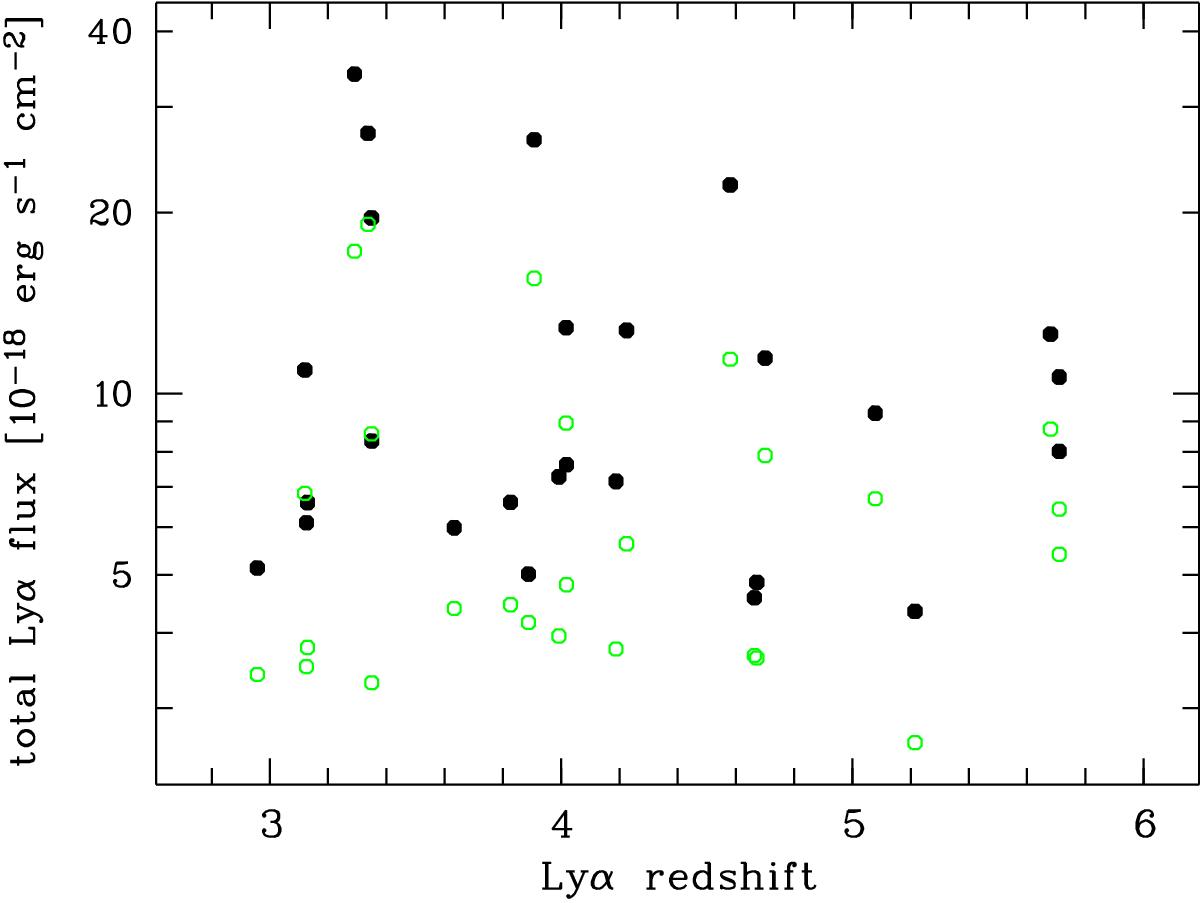