We measured the gas abundance profiles in a sample of 122 face-on spiral galaxies observed by the CALIFA survey and included all spaxels whose line emission was consistent with star formation. This type of analysis allowed us to improve the statistics with respect to previous studies, and to properly estimate the oxygen distribution across the entire disc to a distance of up to 3-4 disc effective radii (re). We confirm the results obtained from classical H II region analysis. In addition to the general negative gradient, an outer flattening can be observed in the oxygen abundance radial profile. An inner drop is also found in some cases. There is a common abundance gradient between 0.5 and 2.0 re of αO / H = - 0.075 dex /re with a scatter of σ = 0.016 dex /re when normalising the distances to the disc effective radius. By performing a set of Kolmogorov-Smirnov tests, we determined that this slope is independent of other galaxy properties, such as morphology, absolute magnitude, and the presence or absence of bars. In particular, barred galaxies do not seem to display shallower gradients, as predicted by numerical simulations. Interestingly, we find that most of thegalaxies in the sample with reliable oxygen abundance values beyond ~2 effective radii (57 galaxies) present a flattening of the abundance gradient in these outer regions. This flattening is not associated with any morphological feature, which suggests that it is a common property of disc galaxies. Finally, we detect a drop or truncation of the abundance in the inner regions of 27 galaxies in the sample; this is only visible for the most massive galaxies. 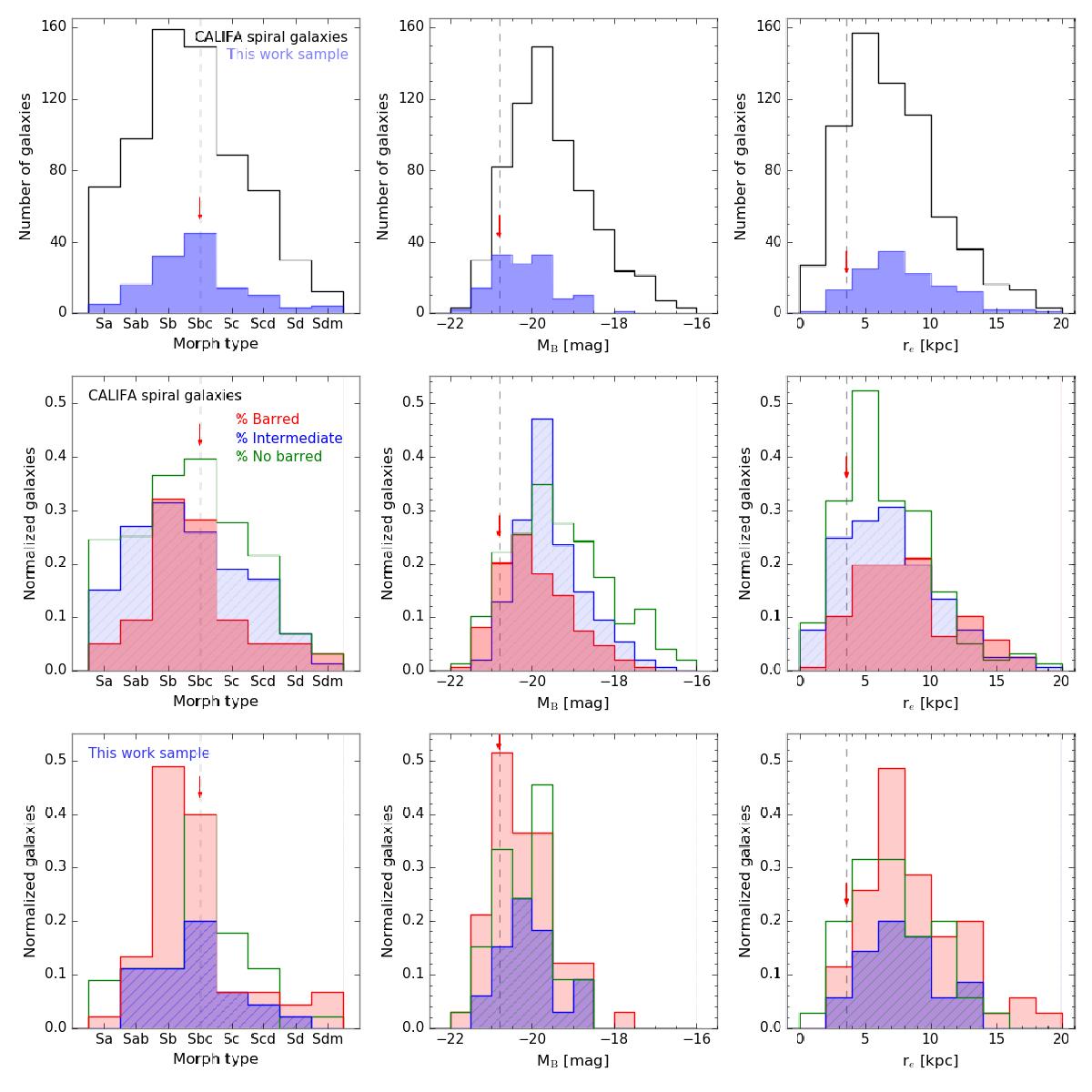