Context. The filamentary structure of molecular clouds may set important constraints on the mass distribution of stars forming within them. It is therefore important to understand which physical mechanism dominates filamentary cloud fragmentation and core formation.
Aims: Orion A is the nearest giant molecular cloud, and its so-called ∫-shaped filament is a very active star-forming region that is a good target for such a study. We have recently reported on the collapse and fragmentation properties of the northernmost part of this structure, located ~2.4 pc north of Orion KL - Orion Molecular Cloud (OMC) 3. As part of our project to study the ∫-shaped filament, we analyze the fragmentation properties of the northern OMC 1 filament (located ≲0.3 pc north of Orion KL). This filament is a dense structure previously identified by JCMT/SCUBA submillimeter continuum and VLA NH3 observations and was shown to have fragmented into clumps. Our aim is to search for cores and young protostars embedded within OMC 1n and to study how the filament is fragmenting to form them.
Methods: We observed OMC 1North (hereafter OMC 1n) with the Submillimeter Array (SMA) at 1.3 mm and report on our analysis of the continuum data.
Results: We discovered 24 new compact sources, ranging in mass from 0.1 to 2.3, in size from 400 to 1300 au, and in density from 2.6 × 107 to 2.8 × 106 cm-3. The masses of these sources are similar to those of the SMA protostars in OMC 3, but their typical sizes and densities are lower by a factor of ten. Only 8% of the new sources have infrared counterparts, but there are five associated CO molecular outflows. These sources are thus likely in the Class 0 evolutionary phase but it cannot be excluded that some of the sources might still be pre-stellar cores. The spatial analysis of the protostars shows that they are divided into small groups that coincide with previously identified JCMT/SCUBA 850 μm and VLA NH3 clumps, which are separated by a quasi-equidistant length of ≈30' (0.06 pc). This separation is dominated by the Jeans length and therefore indicates that the main physical process in the filament evolution was thermal fragmentation. Within the protostellar groups, the typical separation is ≈6'' (~2500 au), which is a factor 2-3 smaller than the Jeans length of the parental clumps within which the protostars are embedded. These results point to a hierarchical (two-level) thermal fragmentation process of the OMC 1n filament. 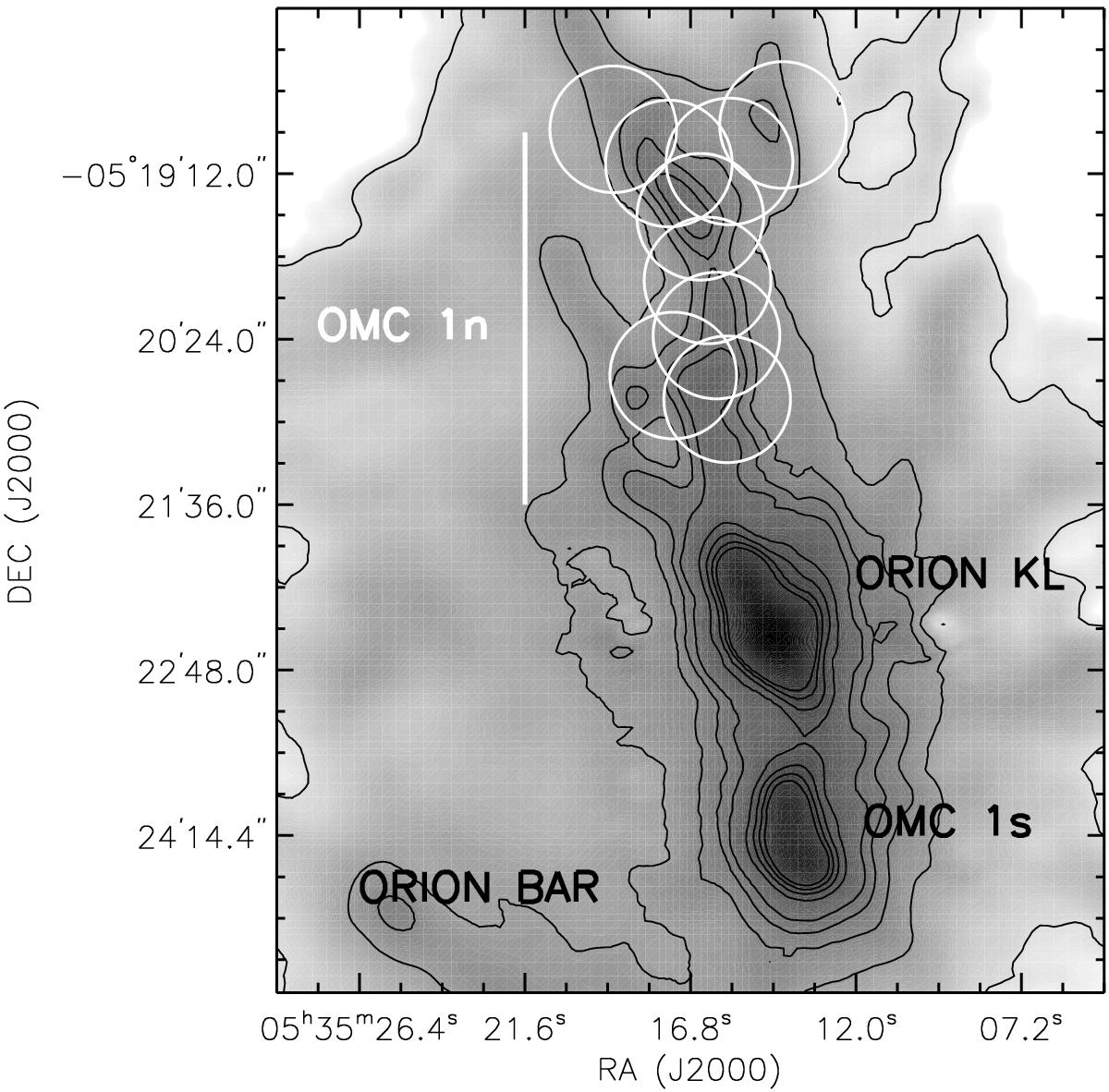