A narrow, edge-on disk resolved around HD 106906 with SPHERE

Context. HD 106906AB is the only young binary system so far around which a planet has been imaged and a debris disk has been shown to exist, thanks to a strong IR excess. As such, it represents a unique opportunity for studying the dynamics of young planetary systems.
Aims: We aim at further investigating the close (tens of au scales) environment of the HD 106906AB system.
Methods: We used the extreme adaptive-optics-fed, high-contrast imager SPHERE that has recently been installed on the VLT to observe HD 106906. Both the IRDIS imager and the Integral Field Spectrometer were used.
Results: We discovered a highly inclined, ring-like disk at a distance of 65 au from the star. The disk shows a strong brightness asymmetry with respect to its semi-major axis. It shows a smooth outer edge, compatible with ejection of small grains by the stellar radiation pressure. We show furthermore that the planet's projected position is significantly above the PA of the disk. Given the determined disk inclination, it is not excluded, however, that the planet could still orbit within the disk plane if at a large separation (2000-3000 au). We identified several additional point sources in the SPHERE/IRDIS field of view that appear to be background objects. We compare this system with other debris disks sharing similarities, and we briefly discuss the present results in the framework of dynamical evolution.

Based on data obtained with the VLT/Sphere at Paranal. Programme: 095.C-0298(A).This work is based (in part) on data products produced at the SPHERE Data Center hosted at OSUG/IPAG, Grenoble. 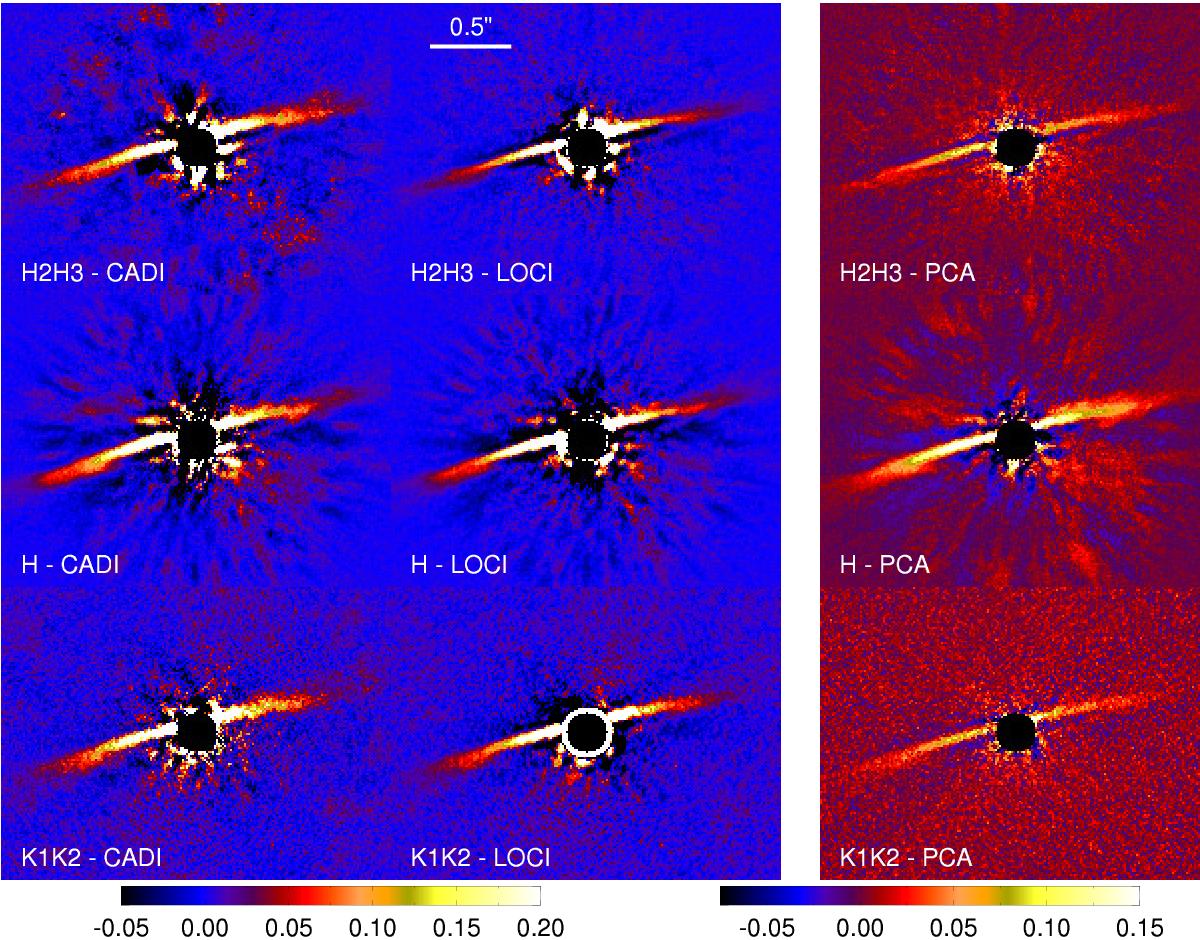