The role of binaries in the enrichment of the early Galactic halo. II. Carbon-enhanced metal-poor stars: CEMP-no stars

Context. The detailed composition of most metal-poor halo stars has been found to be very uniform. However, a fraction of 20-70% (increasing with decreasing metallicity) exhibit dramatic enhancements in their abundances of carbon; these are the so-called carbon-enhanced metal-poor (CEMP) stars. A key question for Galactic chemical evolution models is whether this non-standard composition reflects that of the stellar natal clouds or is due to local, post-birth mass transfer of chemically processed material from a binary companion; CEMP stars should then all be members of binary systems.
Aims: Our aim is to determine the frequency and orbital parameters of binaries among CEMP stars with and without over-abundances of neutron-capture elements - CEMP-s and CEMP-no stars, respectively - as a test of this local mass-transfer scenario. This paper discusses a sample of 24 CEMP-no stars, while a subsequent paper will consider a similar sample of CEMP-s stars.
Methods: High-resolution, low S/N spectra of the stars were obtained at roughly monthly intervals over a time span of up to eight years with the FIES spectrograph at the Nordic Optical Telescope. Radial velocities of ~100 m s-1 precision were determined by cross-correlation after each observing night, allowing immediate, systematic follow-up of any variable object.
Results: Most programme stars exhibit no statistically significant radial-velocity variation over this period and appear to be single, while four are found to be binaries with orbital periods of 300-2000 days and normal eccentricity; the binary frequency for the sample is 17 ± 9%. The single stars mostly belong to the recently identified low-C band, while the binaries have higher absolute carbon abundances.
Conclusions: We conclude that the nucleosynthetic process responsible for the strong carbon excess in these ancient stars is unrelated to their binary status; the carbon was imprinted on their natal molecular clouds in the early Galactic interstellar medium (ISM) by an even earlier external source, strongly indicating that the CEMP-no stars are likely bona fide second-generation stars. We discuss potential production sites for carbon and its transfer across interstellar distances in the early ISM, and the implications for the composition of high-redshift DLA systems. 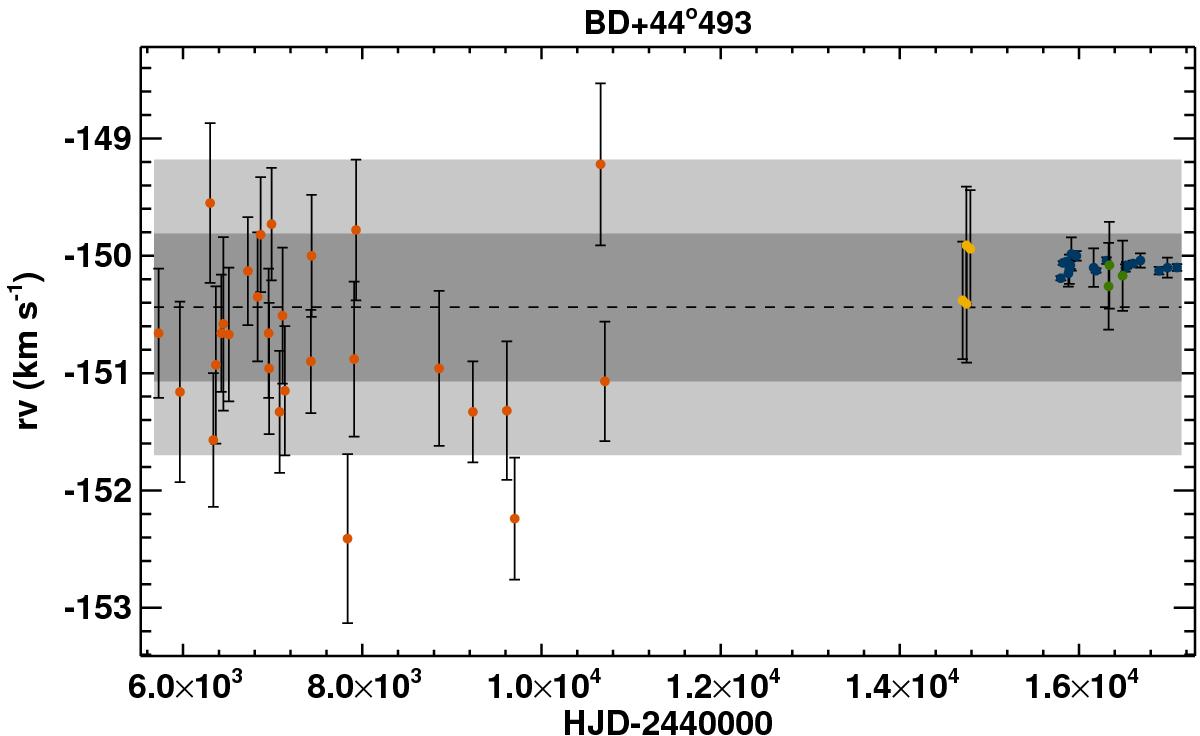