By looking at the kinetic Sunyaev-Zeldovich effect (kSZ) in Planck nominal mission data, we present a significant detection of baryons participating in large-scale bulk flows around central galaxies (CGs) at redshift z ≈ 0.1. We estimate the pairwise momentum of the kSZ temperature fluctuations at the positions of the Central Galaxy Catalogue (CGC) samples extracted from Sloan Digital Sky Survey (SDSS-DR7) data. For the foreground-cleaned SEVEM, SMICA, NILC, and COMMANDER maps, we find 1.8-2.5σ detections of the kSZ signal, which are consistent with the kSZ evidence found in individualPlanck raw frequency maps, although lower than found in the WMAP-9yr W-band (3.3σ). We further reconstruct the peculiar velocity field from the CG density field, and compute for the first time the cross-correlation function between kSZ temperature fluctuations and estimates of CG radial peculiar velocities. This correlation function yields a 3.0-3.7σ detection of the peculiar motion of extended gas on Mpc scales in flows correlated up to distances of 80-100 h-1 Mpc. Both the pairwise momentum estimates and the kSZ temperature-velocity field correlation find evidence for kSZ signatures out to apertures of 8 arcmin and beyond, corresponding to a physical radius of >1 Mpc, more than twice the mean virial radius of halos. This is consistent with the predictions from hydrodynamical simulations that most of the baryons are outside the virialized halos. We fit a simple model, in which the temperature-velocity cross-correlation is proportional to the signal seen in a semi-analytic model built upon N-body simulations, and interpret the proportionality constant as an effective optical depth to Thomson scattering. We find τT = (1.4 ± 0.5) × 10-4; the simplest interpretation of this measurement is that much of the gas is in a diffuse phase, which contributes little signal to X-ray or thermal Sunyaev-Zeldovich observations. 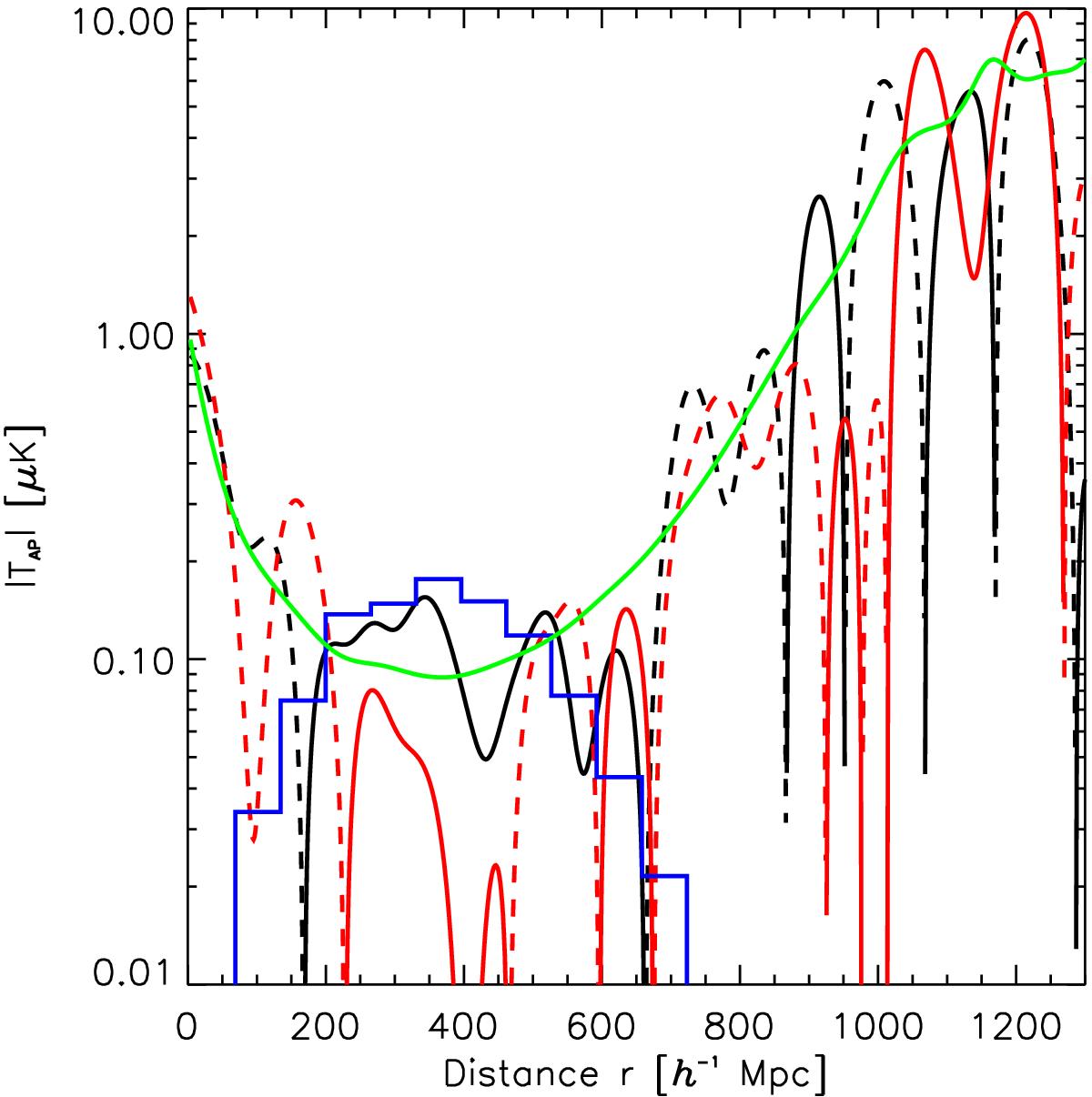