We present all-sky modelling of the high resolution Planck, IRAS, and WISE infrared (IR) observations using the physical dust model presented by Draine & Li in 2007 (DL, ApJ, 657, 810). We study the performance and results of this model, and discuss implications for future dust modelling. The present work extends the DL dust modelling carried out on nearby galaxies using Herschel and Spitzer data to Galactic dust emission. We employ the DL dust model to generate maps of the dust mass surface density ΣMd, the dust optical extinction AV, and the starlight intensity heating the bulk of the dust, parametrized by Umin. The DL model reproduces the observed spectral energy distribution (SED) satisfactorily over most of the sky, with small deviations in the inner Galactic disk and in low ecliptic latitude areas, presumably due to zodiacal light contamination. In the Andromeda galaxy (M31), the present dust mass estimates agree remarkably well (within 10%) with DL estimates based on independent Spitzer and Herschel data. We compare the DL optical extinction AV for the diffuse interstellar medium (ISM) with optical estimates for approximately 2 × 105 quasi-stellar objects (QSOs) observed inthe Sloan Digital Sky Survey (SDSS). The DL AV estimates are larger than those determined towards QSOs by a factor of about 2, which depends on Umin. The DL fitting parameter Umin, effectively determined by the wavelength where the SED peaks, appears to trace variations in the far-IR opacity of the dust grains per unit AV, and not only in the starlight intensity. These results show that some of the physical assumptions of the DL model will need to be revised. To circumvent the model deficiency, we propose an empirical renormalization of the DL AV estimate, dependent of Umin, which compensates for the systematic differences found with QSO observations. This renormalization, made to match the AV estimates towards QSOs, also brings into agreement the DL AV estimates with those derived for molecular clouds from the near-IR colours of stars in the 2 micron all sky survey (2MASS). The DL model and the QSOs data are also used to compress the spectral information in the Planck and IRAS observations for the diffuse ISM to a family of 20 SEDs normalized per AV, parameterized by Umin, which may be used to test and empirically calibrate dust models. The family of SEDs and the maps generated with the DL model are made public in the Planck Legacy Archive. 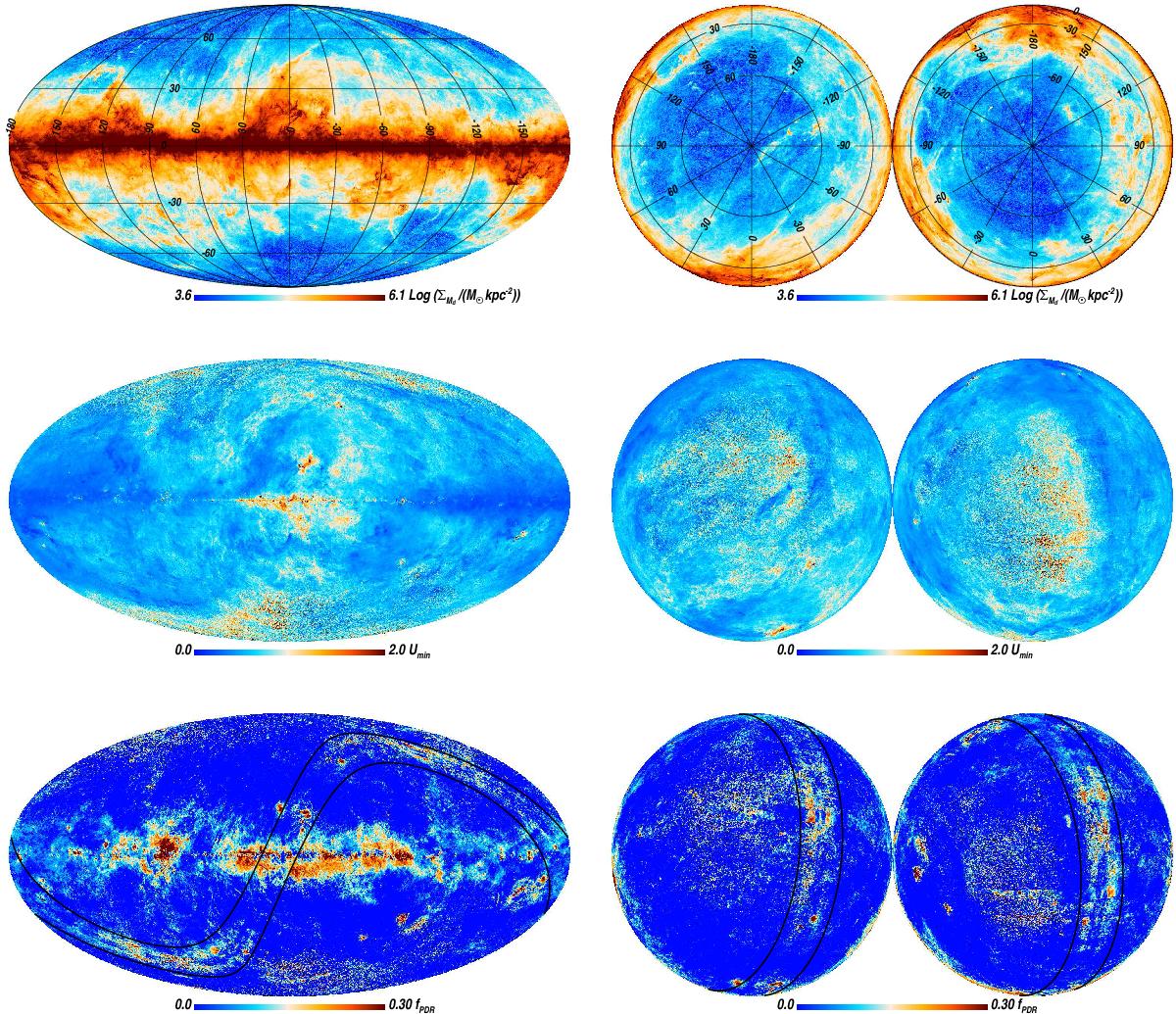