We present observations of sunset jets on comet 67P/Churyumov-Gerasimenko by Rosetta/OSIRIS camera. In late April 2015, when the comet was at a heliocentric distance of ~1.8 AU, clusters of dust jets that originated in the Ma'at region on the comet's small lobe were identified from multipleimages and were apparently sustained for about an hour beyond local sunset. Emanating from the shadowed nucleus, these jets became visible by solar illumination at their apparent sources up to only a few tens of meters above the nucleus surface. We investigate the plausibility of these jets as having been triggered by water ice sublimation and sustained by thermal lag in the subsurface beyond sunset. A general thermo-physical model was parameterized such that the thermal lag in the subsurface is consistent with the elapsed time of observation after sunset. It is found that the sublimation of water ice from a depth of 6 mm and with a low thermal inertia of 50 W m-2 K-1 s1/2 could explain the spatial pattern and evolution of the apparent sources, particularly their disappearance due to the eventual cooling of the subsurface. Our analysis suggests that these sunset jets were essentially day-side dust activities that continued after sunset. Specific observational conditions for the sunset jets constrain their possible sources to mostly within the less abrupt, dusty terrains. The uneven distribution of these jets is possibly related to subsurface inhomogeneities in the dusty area. 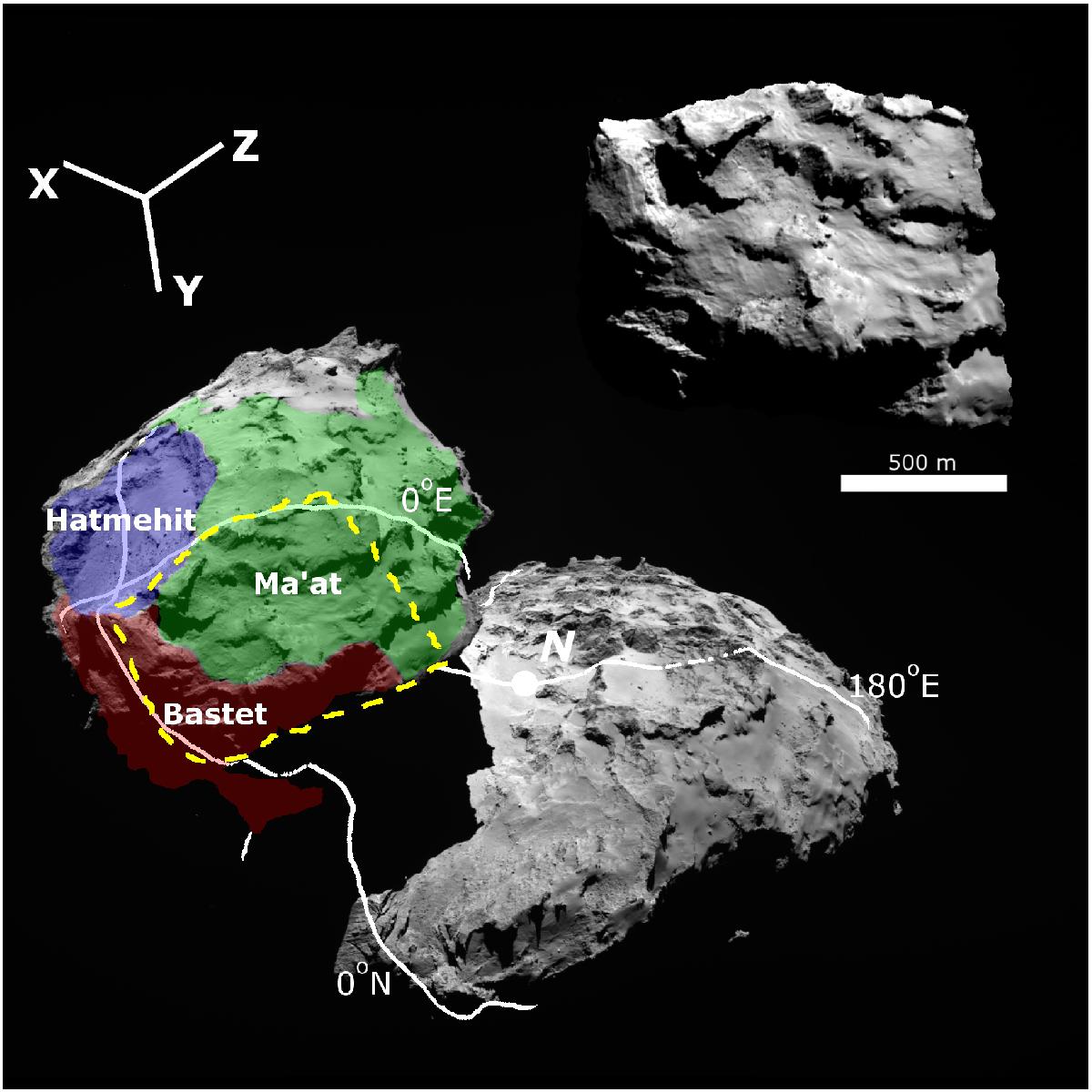