Based on a combined analysis of SDSS imaging and CALIFA integral field spectroscopy data, we report on the detection of faint (24 <μr mag/□″< 26) star-forming spiral-arm-like features in the periphery of three nearby early-type galaxies (ETGs). These features are of considerable interest because they document the still ongoing inside-out growth of some local ETGs and may add valuable observational insight into the origin and evolution of spiral structure in triaxial stellar systems. A characteristic property of the nebular component in the studied ETGs, classified I+, is a two-radial-zone structure, with the inner zone that displays faint (EW(Hα) ≃ 1 Å) low-ionization nuclear emission-line region (LINER) properties, and the outer one (3 Å <EW(Hα)≲ 20 Å) Hii-region characteristics. This spatial segregation of nebular emission in two physically distinct concentric zones calls for an examination of aperture effects in studies of type I+ ETGs with single-fiber spectroscopic data.

Based on observations collected at the Centro Astronómico Hispano Alemán (CAHA) at Calar Alto, operated jointly by the Max-Planck-Institut für Astronomie (MPIA) and the Instituto de Astrofísica de Andalucía (CSIC). 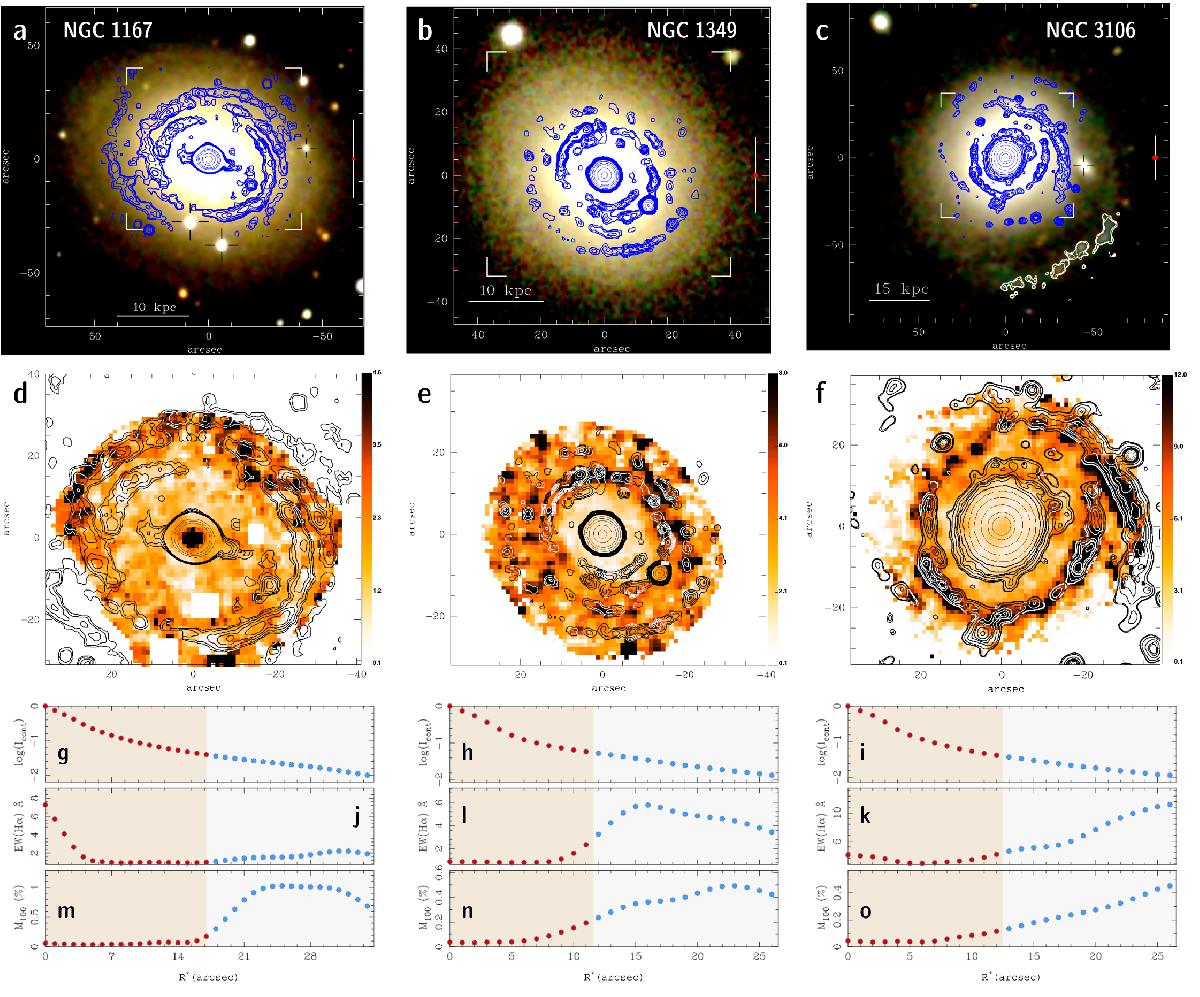