Aims: We present the complete spectroscopic analysis of 455 stars observed within the Penn State - Toruń Centre for Astronomy Planet Search (PTPS) with the High Resolution Spectrograph of the 9.2 m Hobby-Eberly Telescope. We also present the total sample of 744 evolved stars of the PTPS and discuss masses of stellar hosts in our and other surveys devoted to evolved planetary systems.
Methods: Stellar atmospheric parameters were determined through a strictly spectroscopic LTE analysis of equivalent widths of Fe I and Fe II lines. Rotational velocities were obtained from fitting synthetic spectra. Radial velocities were obtained from fitting a Gaussian function to the cross-correlation function. We determined stellar masses, ages, and luminosities with a Bayesian analysis of theoretical isochrones. The radii were calculated either from derived masses and log g or from Teff and luminosities.
Results: We present basic atmospheric parameters (Teff, log g, vt and [Fe/H]), rotation velocities, and absolute radial velocities as well as luminosities, masses, ages and radii for 402 stars (including 11 single-line spectroscopic binaries) that are mostly subgiants and giants. For 272 of them we present parameters for the first time. For another 53 stars we present estimates of Teff and log g based on photometric calibrations. More than half of the objects were found to be subgiants, but there is also a large group of giants, and a few stars appear to be dwarfs. The results show that the sample is composed of stars with masses ranging from 0.52 to 3.21 M☉, 17 of which have masses ≥2.0 M☉. The stellar radii range from 0.66 to 36.04 R☉, with the vast majority having radii between 2.0 and 4.0 R☉. They are generally less metal abundant than the Sun with a median [ Fe/H ] = -0.07. For 62 stars that we have in common with other planet searches, the stellar atmospheric parameters we found agree very well. We also present basic properties of the complete list of 744 stars that form the PTPS sample of evolved stars. We examined stellar masses for 1255 stars in five other planet searches and found that some of them are probably significantly overestimated. From applying our uniformly determined stellar masses, we confirm the apparent increase of companion masses for evolved stars, and we explain this as well as the lack of close-in planets with the limited effective radial velocity precision for these stars that is due to their activity.

Based on observations obtained with the Hobby-Eberly Telescope, which is a joint project of the University of Texas at Austin, the Pennsylvania State University, Stanford University, Ludwig-Maximilians-Universität München, and Georg-August-Universität Göttingen.Tables 1-5 are only available at the CDS via anonymous ftp to http://cdsarc.u-strasbg.fr (ftp://130.79.128.5) or via http://cdsarc.u-strasbg.fr/viz-bin/qcat?J/A+A/585/A73 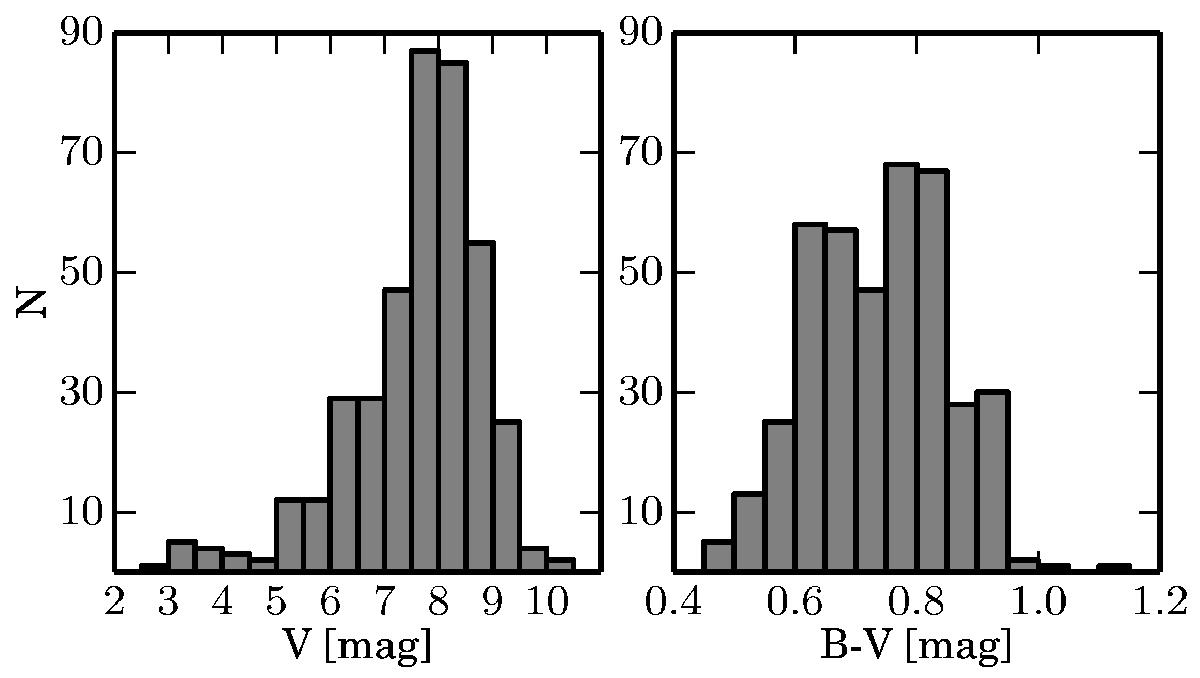