We study, for the first time in a statistically significant and well-defined sample, the relation between the outer-disk ionized-gas metallicity gradients and the presence of breaks in the surface brightness profiles of disk galaxies. Sloan Digital Sky Survey (SDSS) g'- and r'-band surface brightness, (g' - r') color, and ionized-gasoxygen abundance profiles for 324 galaxies within the Calar Alto Legacy Integral Field Area (CALIFA) survey are used for this purpose. We perform a detailed light-profile classification, finding that 84% of our disks show down- or up-bending profiles (Type II and Type III, respectively), while the remaining 16% are well fitted by one single exponential (Type I). The analysis of the color gradients at both sides of this break shows a U-shaped profile for most Type II galaxies with an average minimum (g' - r') color of ~0.5 mag and an ionized-gas metallicity flattening associated with it only in the case of low-mass galaxies. Comparatively, more massive systems show a rather uniform negative metallicity gradient. The correlation between metallicity flattening and stellar mass for these systems results in p-values as low as 0.01. Independent of the mechanism having shaped the outer light profiles of these galaxies, stellar migration or a previous episode of star formation in a shrinking star-forming disk, it is clear that the imprint in their ionized-gas metallicity was different for low- and high-mass Type II galaxies. In the case of Type III disks, a positive correlation between the change in color and abundance gradient is found (the null hypothesis is ruled out with a p-value of 0.02), with the outer disks of Type III galaxies with masses ≤1010 M⊙ showing a weak color reddening or even a bluing. This is interpreted as primarily due to a mass downsizing effect on the population of Type III galaxies that recently experienced an enhanced inside-out growth. 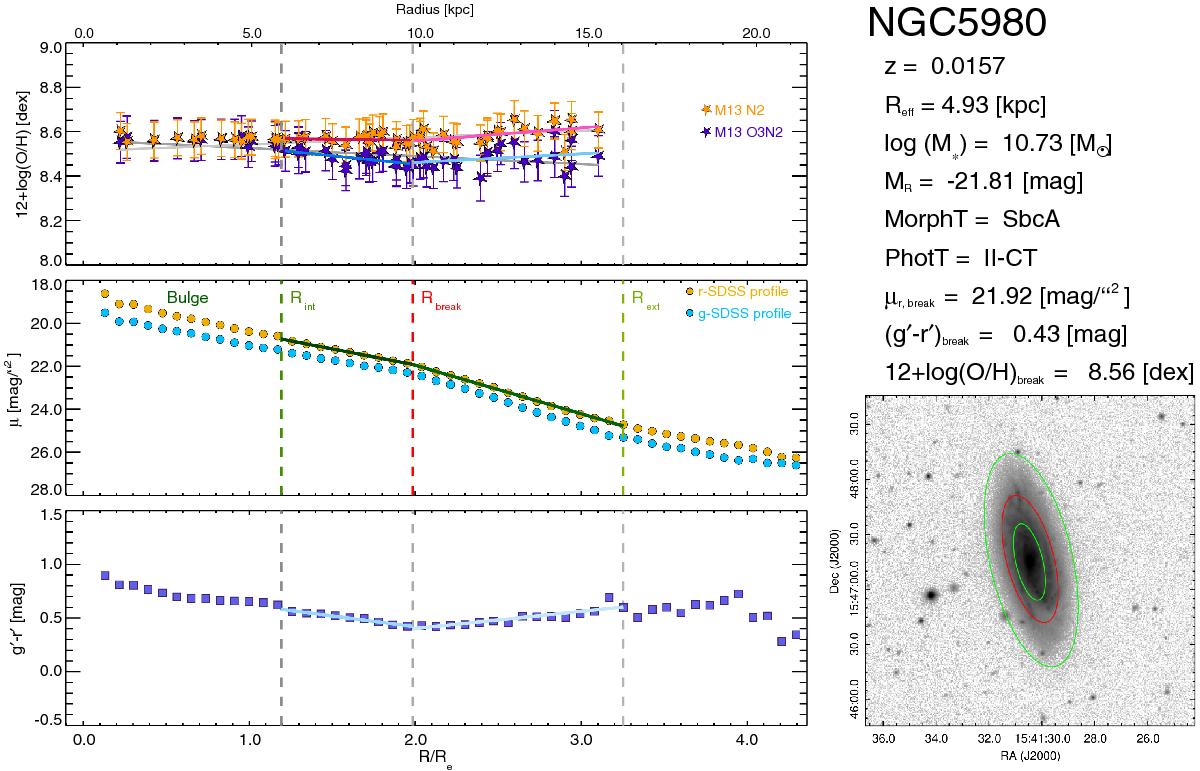