A small flare ribbon above a sunspot umbra in active region 12205 was observed on November 7, 2014, at 12:00 UT in the blue imaging channel of the 1.5 m GREGOR telescope, using a 1 Å Ca II H interference filter. Context observations from the Atmospheric Imaging Assembly (AIA) onboard the Solar Dynamics Observatory (SDO), the Solar Optical Telescope (SOT) onboard Hinode, and the Interface Region Imaging Spectrograph (IRIS) show that this ribbon is part of a larger one that extends through the neighboring positive polarities and also participates in several other flares within the active region. We reconstructed a time series of 140 s of Ca II H images by means of the multiframe blind deconvolution method, which resulted in spatial and temporal resolutions of 0.1″ and 1 s. Light curves and horizontal velocities of small-scale bright knots in the observed flare ribbon were measured. Some knots are stationary, but three move along the ribbon with speeds of 7-11 km s-1. Two of them move in the opposite direction and exhibit highly correlated intensity changes, which provides evidence of a slipping reconnection at small spatial scales.

Movies associated to Figs. 1 and 2 are available at http://www.aanda.org 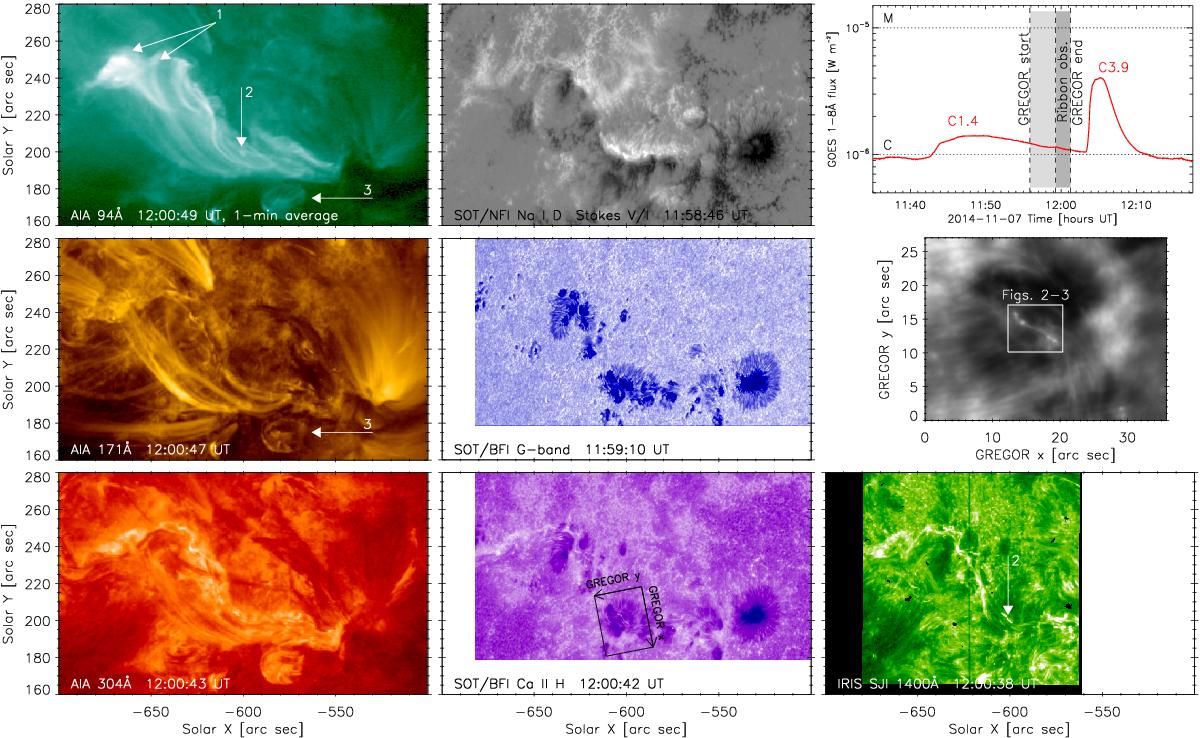