NIBLES: an H I census of stellar mass selected SDSS galaxies. I. The Nançay H I survey

To investigate galaxy properties as a function of their total stellar mass, we obtained 21 cm H I line observations at the 100-m class Nançay Radio Telescope of 2839 galaxies from the Sloan Digital Sky Survey (SDSS) in the Local Volume (900 < cz < 12 000 km s-1), dubbed the Nançay Interstellar Baryons Legacy Extragalactic Survey (NIBLES) sample. They were selected evenly over their entire range of absolute SDSS z-band magnitudes (Mz -13.5 to -24 mag), which were used as a proxy for their stellar masses. In this paper, a first, global presentation of the observations and basic results is given; their further analysis will be presented in other papers in this series. The galaxies were originally selected based on their properties, as listed in SDSS DR5. Comparing this photometry to their total H I masses, we noted that, for a few percent, the SDSS magnitudes appeared severely misunderestimated, as confirmed by our re-measurements for selected objects. Although using the later DR9 results eliminated this problem in most cases, 384 still required manual photometric source selection. Usable H I spectra were obtained for 2600 of the galaxies, of which 1733 (67%) were clearly detected and 174 (7%) marginally. The spectra for 241 other observed galaxies could not be used for further analysis owing to problems with either the H I or the SDSS data. We reached the target number of about 150 sources per half-magnitude bin over the Mz range -16.5 to -23 mag. Down to -21 mag the overall detection rate is rather constant at the 75% level but it starts to decline steadily towards the 30% level at -23 mag. Making regression fits by comparing total H I and stellar masses for our sample, including our conservatively estimated H I upper limits for non-detections, we find the relationship log(MH I/M⋆) = -0.59 log(M⋆) + 5.05, which lies significantly below the relationship found in the MH I/M⋆ - M⋆ plane when only using H I detections. 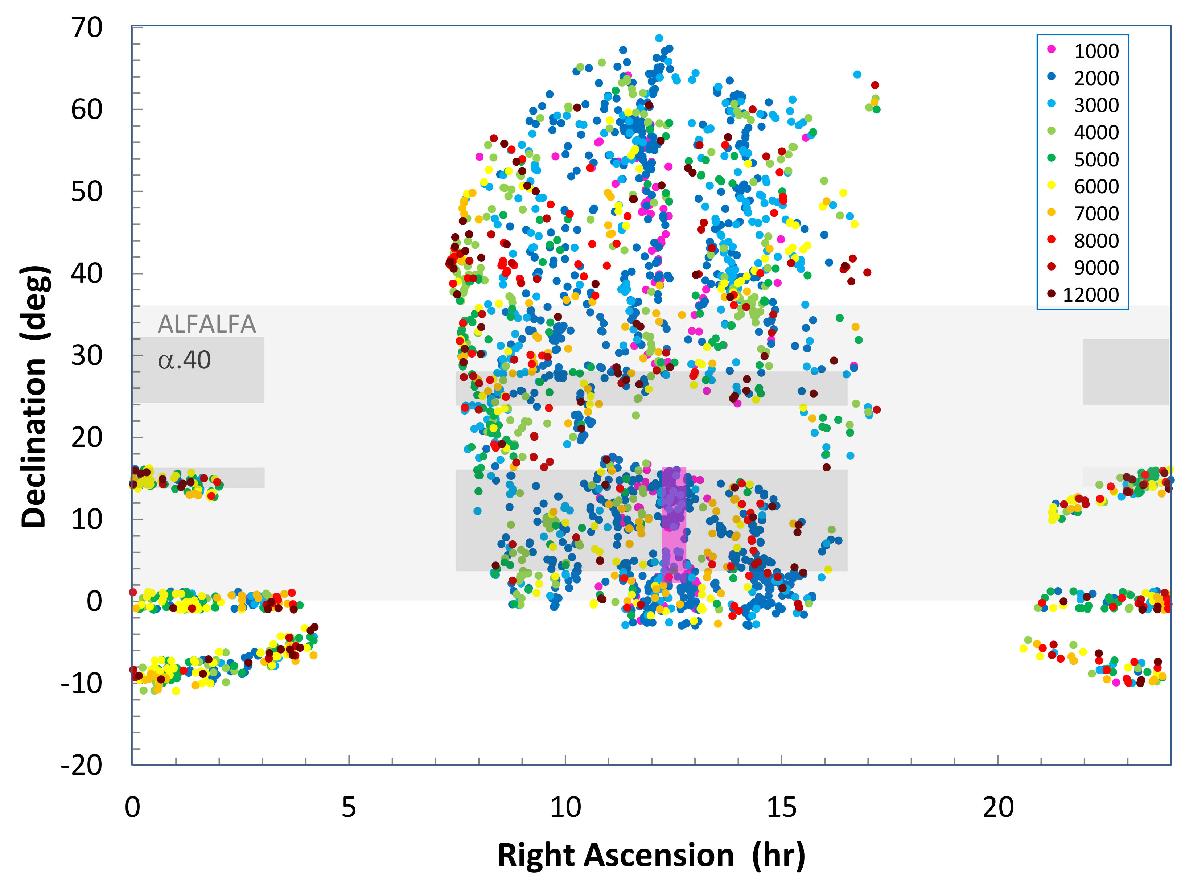