Context. The inner regions of the envelopes surrounding young protostars are characterized by a complex chemistry, with prebiotic molecules present on the scales where protoplanetary disks eventually may form. The Atacama Large Millimeter/submillimeter Array (ALMA) provides an unprecedented view of these regions zooming in on solar system scales of nearby protostars and mapping the emission from rare species.
Aims: The goal is to introduce a systematic survey, the Protostellar Interferometric Line Survey (PILS), of the chemical complexity of one of the nearby astrochemical templates, the Class 0 protostellar binary IRAS 16293-2422, using ALMA in order to understand the origin of the complex molecules formed in its vicinity. In addition to presenting the overall survey, the analysis in this paper focuses on new results for the prebiotic molecule glycolaldehyde, its isomers, and rarer isotopologues and other related molecules.
Methods: An unbiased spectral survey of IRAS 16293-2422 covering the full frequency range from 329 to 363 GHz (0.8 mm) has been obtained with ALMA, in addition to a few targeted observations at 3.0 and 1.3 mm. The data consist of full maps of the protostellar binary system with an angular resolution of 0.5'' (60 AU diameter), a spectral resolution of 0.2 km s-1, and a sensitivity of 4-5 mJy beam-1 km s-1, which is approximately two orders of magnitude better than any previous studies.
Results: More than 10 000 features are detected toward one component in the protostellar binary, corresponding to an average line density of approximately one line per 3 km s-1. Glycolaldehyde; its isomers, methyl formate and acetic acid; and its reduced alcohol, ethylene glycol, are clearly detected and their emission well-modeled with an excitation temperature of 300 K. For ethylene glycol both lowest state conformers, aGg' and gGg', are detected, the latter for the first time in the interstellar medium (ISM). The abundance of glycolaldehyde is comparable to or slightly larger than that of ethylene glycol. In comparison to the Galactic Center these two species are over-abundant relative to methanol, possibly an indication of formation of the species at low temperatures in CO-rich ices during the infall of the material toward the central protostar. Both 13C and the deuterated isotopologues of glycolaldehyde are detected, also for the first time ever in the ISM. For the deuterated species, a D/H ratio of ≈5% is found with no differences between the deuteration in the different functional groups of glycolaldehyde, in contrast to previous estimates for methanol and recent suggestions of significant equilibration between water and -OH functional groups at high temperatures. Measurements of the 13C-species lead to a 12C:13C ratio of ≈30, lower than the typical ISM value. This low ratio may reflect an enhancement of 13CO in the ice due to either ion-molecule reactions in the gas before freeze-out or to differences in the temperatures where 12CO and 13CO ices sublimate.
Conclusions: The results reinforce the importance of low-temperature grain surface chemistry for the formation of prebiotic molecules seen here in the gas after sublimation of the entire ice mantle. Systematic surveys of the molecules thought to be chemically related, as well as the accurate measurements of their isotopic composition, hold strong promise for understanding the origin of prebiotic molecules in the earliest stages of young stars. 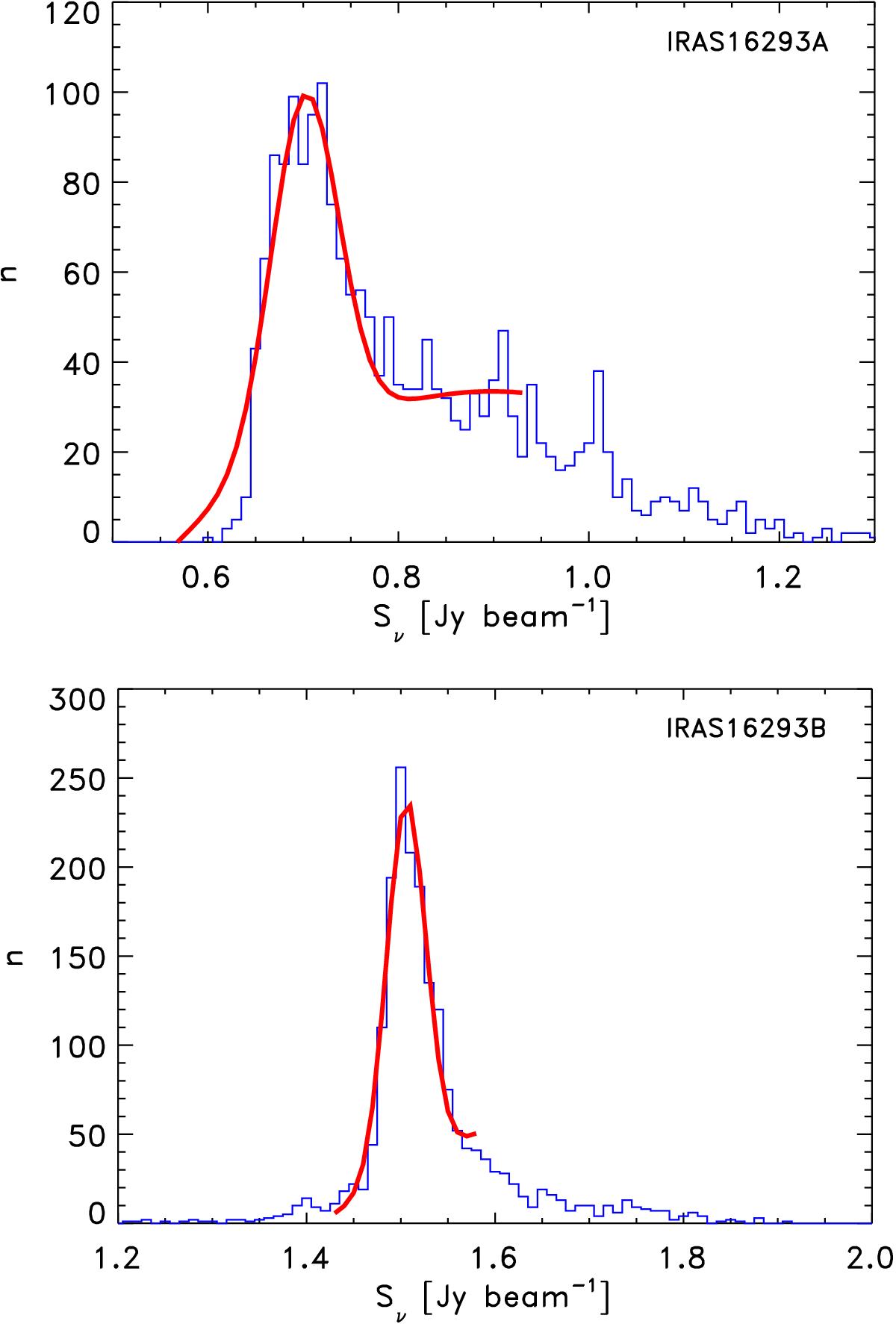