HI4PI: A full-sky H I survey based on EBHIS and GASS

Context. Measurement of the Galactic neutral atomic hydrogen (H I) column density, NH I, and brightness temperatures, TB, is of high scientific value for a broad range of astrophysical disciplines. In the past two decades, one of the most-used legacy H I datasets has been the Leiden/Argentine/Bonn Survey (LAB).
Aims: We release the H I 4π survey (HI4PI), an all-sky database of Galactic H I, which supersedes the LAB survey.
Methods: The HI4PI survey is based on data from the recently completed first coverage of the Effelsberg-Bonn H I Survey (EBHIS) and from the third revision of the Galactic All-Sky Survey (GASS). EBHIS and GASS share similar angular resolution and match well in sensitivity. Combined, they are ideally suited to be a successor to LAB.
Results: The new HI4PI survey outperforms the LAB in angular resolution (ϑFWHM = 16´´.2) and sensitivity (σrms = 43 mK). Moreover, it has full spatial sampling and thus overcomes a major drawback of LAB, which severely undersamples the sky. We publish all-sky column density maps of the neutral atomic hydrogen in the Milky Way, along with full spectroscopic data, in several map projections including HEALPix. 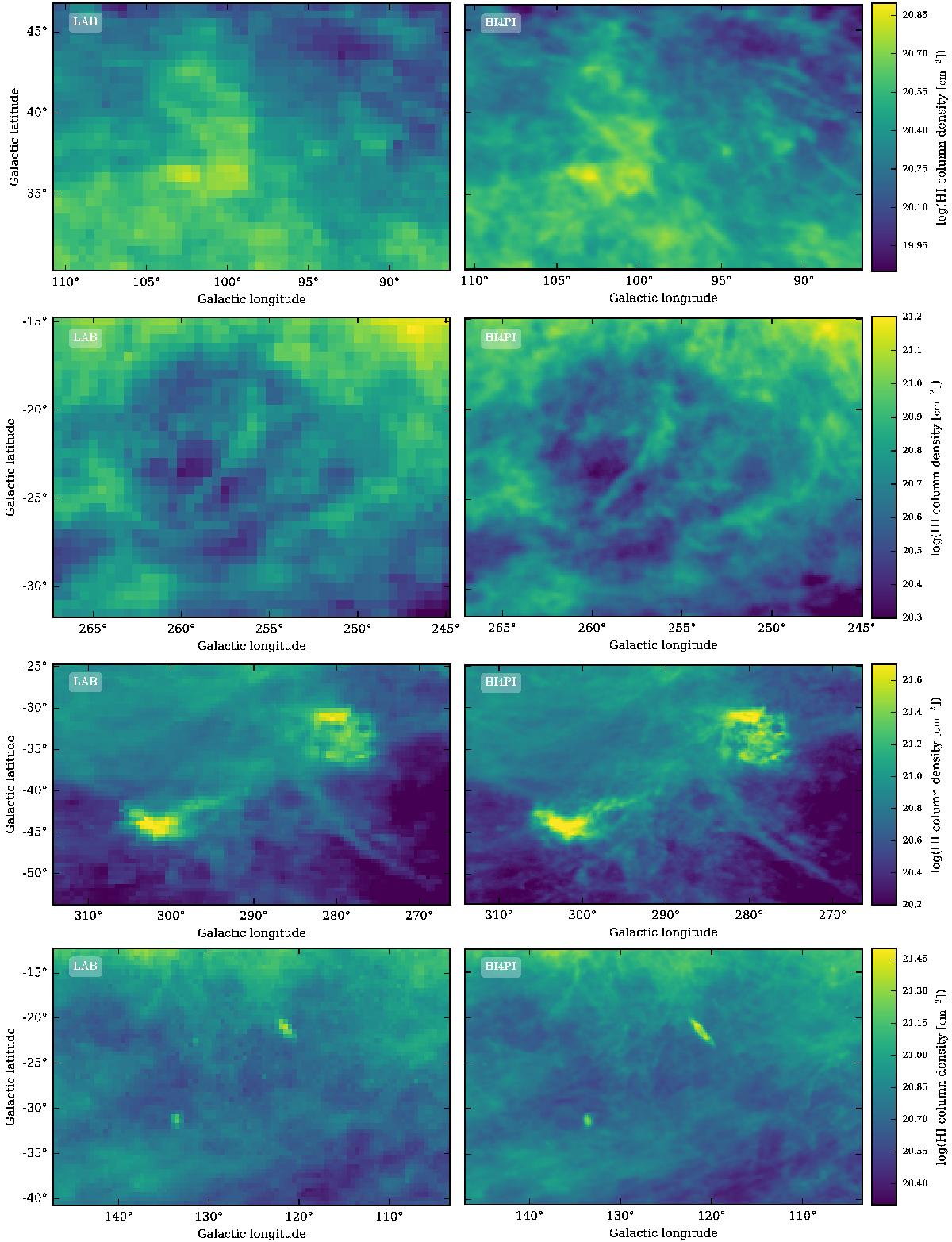