Context. The majority of bright extragalactic γ-ray sources are blazars. Only a few radio galaxies have been detected by Fermi/LAT. Recently, the GHz-peaked spectrum source PKS 1718-649 was confirmed to be γ-ray bright, providing further evidence for the existence of a population of γ-ray loud, compact radio galaxies. A spectral turnover in the radio spectrum in the MHz to GHz range is a characteristic feature of these objects, which are thought to be young due to their small linear sizes. The multiwavelength properties of the γ-ray source suggest that it is a member of this source class.
Aims: The known radio spectrum of PMN J1603-4904 can be described by a power law above 1 GHz. Using observations from the Giant Metrewave Radio Telescope (GMRT) at 150, 325, and 610 MHz, we investigate the behavior of the spectrum at lower frequencies to search for a low-frequency turnover.
Methods: Data from the TIFR GMRT Sky Survey (TGSS ADR) catalog and archival GMRT observations were used to construct the first MHz to GHz spectrum of PMN J1603-4904.
Results: We detect a low-frequency turnover of the spectrum and measure the peak position at about 490 MHz (rest-frame), which, using the known relation of peak frequency and linear size, translates into a maximum linear source size of ~1.4 kpc.
Conclusions: The detection of the MHz peak indicates that PMN J1603-4904 is part of this population of radio galaxies with turnover frequencies in the MHz to GHz regime. Therefore it can be considered the second confirmed object of this kind detected in γ-rays. Establishing this γ-ray source class will help to investigate the γ-ray production sites and to test broadband emission models. 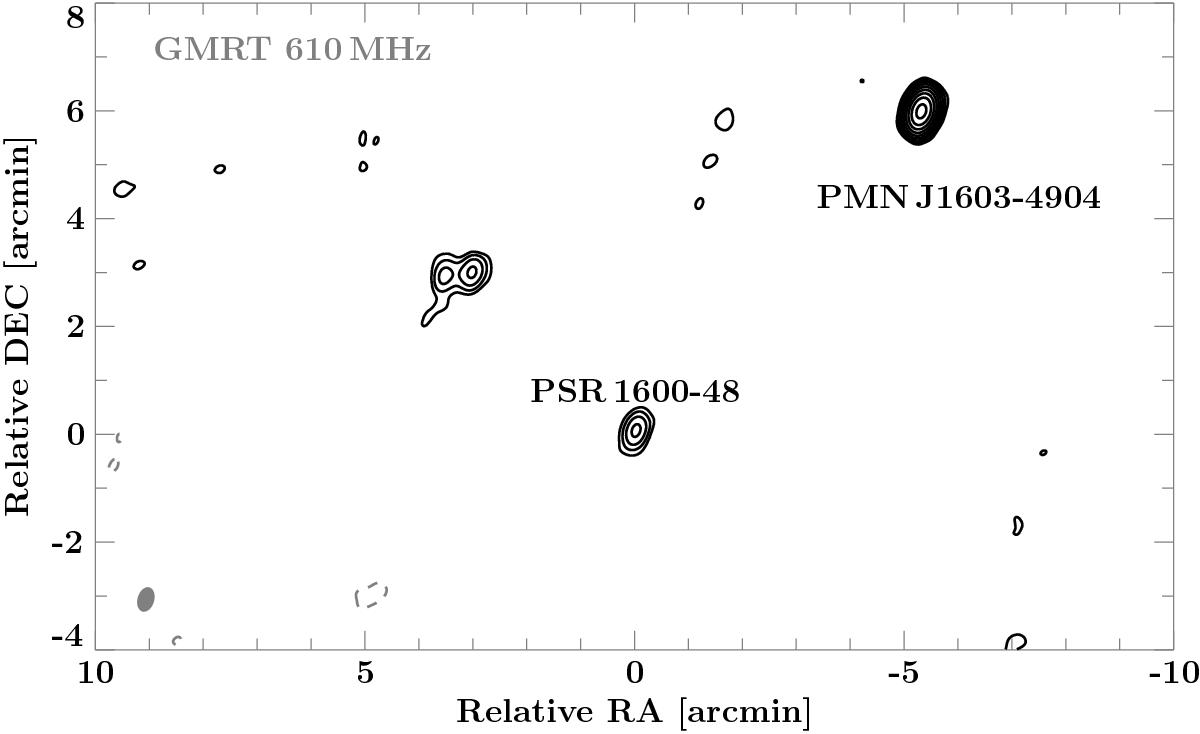