Aims: We present the discovery and characterisation of the exoplanets WASP-113b and WASP-114b by the WASP surveys, SOPHIE and CORALIE.
Methods: The planetary nature of the systems was established by performing follow-up photometric and spectroscopic observations. The follow-up data were combined with the WASP-photometry and analysed with an MCMC code to obtain system parameters.
Results: The host stars WASP-113 and WASP-114 are very similar. They are both early G-type stars with an effective temperature of ~5900 K, [Fe/H] ~ 0.12, and log g~ 4.1 dex. However, WASP-113 is older than WASP-114. Although the planetary companions have similar radii, WASP-114b is almost four times heavier than WASP-113b. WASP-113b has a mass of 0.48 MJup and an orbital period of ~4.5 days; WASP-114b has a mass of 1.77 MJup and an orbital period of ~1.5 days. Both planets have inflated radii, in particular WASP-113 with a radius anomaly of ℜ = 0.35. The high scale height of WASP-113b (~950 km) makes it a good target for follow-up atmospheric observations. 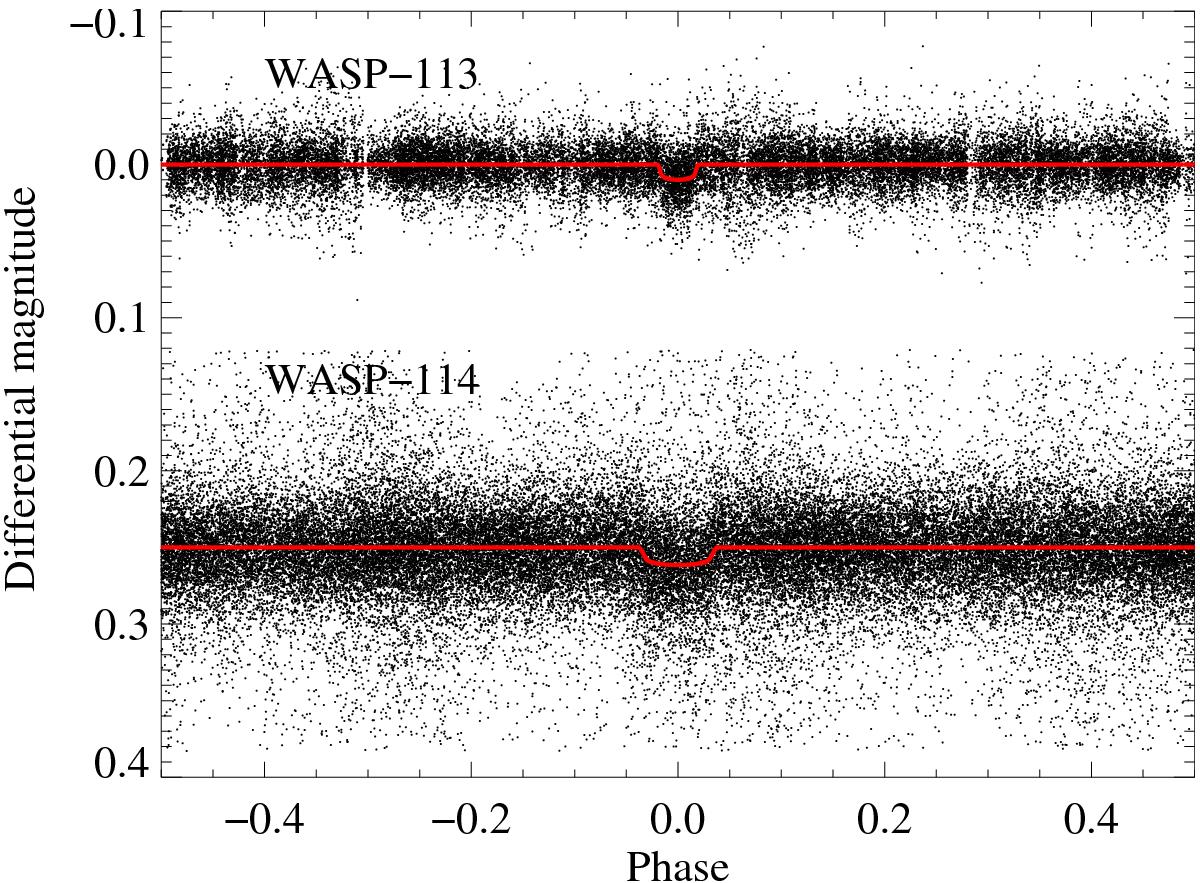