We present the properties of X-ray detected dust obscured galaxies (DOGs) in the Chandra deep field south. In recent years, it has been proposed that a significant percentage of the elusive Compton-thick (CT) active galactic nuclei (AGN) could be hidden among DOGs. This type of galaxy is characterized by a very high infrared (IR) to optical flux ratio (f24 μm/fR > 1000), which in the case of CT AGN could be due to the suppression of AGN emission by absorption and its subsequent re-emission in the IR. The most reliable way of confirming the CT nature of an AGN is by X-ray spectroscopy. In a previous work, we presented the properties of X-ray detected DOGs by making use of the deepest X-ray observations available at that time, the 2Ms observations of the Chandra deep fields, the Chandra deep field north (CDF-N), and the Chandra deep field south (CDF-S). In that work, we only found a moderate percentage (<50%) of CT AGN among the DOGs sample. However, we pointed out that the limited photon statistics for most of the sources in the sample did not allow us to strongly constrain this number. In this paper, we further explore the properties of the sample of DOGs in the CDF-S presented in that work by using not only a deeper 6Ms Chandra survey of the CDF-S, but also by combining these data with the 3Ms XMM-Newton survey of the CDF-S. We also take advantage of the great coverage of the CDF-S region from the UV to the far-IR to fit the spectral energy distributions (SEDs) of our sources. Out of the 14 AGN composing our sample, 9 are highly absorbed (NH > 1023 cm-2), whereas 2 look unabsorbed, and the other 3 are only moderately absorbed. Among the highly absorbed AGN, we find that only three could be considered CT AGN. In only one of these three cases, we detect a strong Fe Kα emission line; the source is already classified as a CT AGN with Chandra data in a previous work. Here we confirm its CT nature by combining Chandra and XMM-Newton data. For the other two CT candidates, the non-detection of the line could be because of the low number of counts in their X-ray spectra, but their location in the L2-10 keV/L12 μm plot supports their CT classification. Although a higher number of CT sources could be hidden among the X-ray undetected DOGs, our results indicate that DOGs could be as well composed of only a fraction of CT AGN plus a number of moderate to highly absorbed AGN, as previously suggested. From our study of the X-ray undetected DOGs in the CDF-S, we estimate a percentage between 13 and 44% of CT AGN among the whole population of DOGs. 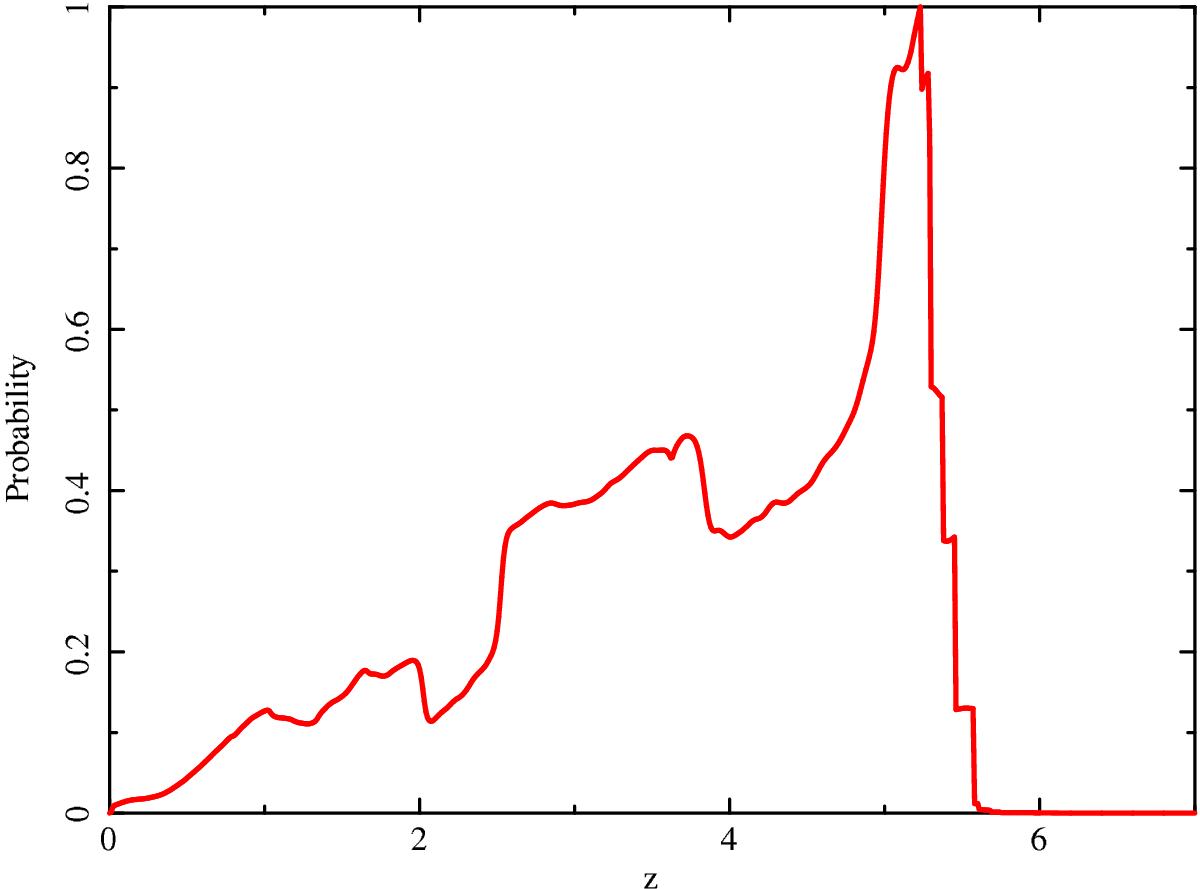