Azimuthal asymmetries in the debris disk around HD 61005. A massive collision of planetesimals?

Context. Debris disks offer valuable insights into the latest stages of circumstellar disk evolution, and can possibly help us to trace the outcomes of planetary formation processes. In the age range 10 to 100 Myr, most of the gas is expected to have been removed from the system, giant planets (if any) must have already been formed, and the formation of terrestrial planets may be on-going. Pluto-sized planetesimals, and their debris released in a collisional cascade, are under their mutual gravitational influence, which may result into non-axisymmetric structures in the debris disk.
Aims: High angular resolution observations are required to investigate these effects and constrain the dynamical evolution of debris disks. Furthermore, multi-wavelength observations can provide information about the dust dynamics by probing different grain sizes.
Methods: Here we present new VLT/SPHERE and ALMA observations of the debris disk around the 40 Myr-old solar-type star HD 61005. We resolve the disk at unprecedented resolution both in the near-infrared (in scattered and polarized light) and at millimeter wavelengths. We perform a detailed modeling of these observations, including the spectral energy distribution.
Results: Thanks to the new observations, we propose a solution for both the radial and azimuthal distribution of the dust grains in the debris disk. We find that the disk has a moderate eccentricity (e ~ 0.1) and that the dust density is two times larger at the pericenter compared to the apocenter.
Conclusions: With no giant planets detected in our observations, we investigate alternative explanations besides planet-disk interactions to interpret the inferred disk morphology. We postulate that the morphology of the disk could be the consequence of a massive collision between ~1000 km-sized bodies at ~61 au. If this interpretation holds, it would put stringent constraints on the formation of massive planetesimals at large distances from the star. 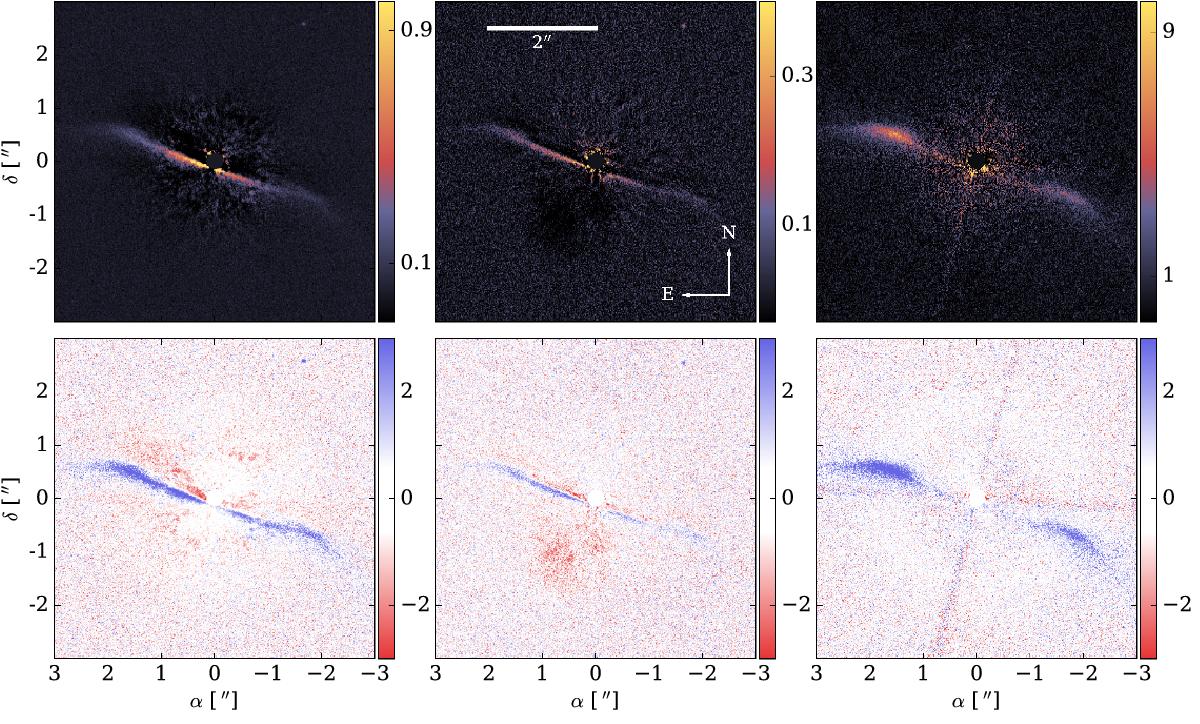