The ALMA-PILS survey: First detections of deuterated formamide and deuterated isocyanic acid in the interstellar medium

Formamide (NH2CHO) has previously been detected in several star-forming regions and is thought to be a precursor for different prebiotic molecules. Its formation mechanism is still debated, however. Observations of formamide, related species, and their isopotologues may provide useful clues to the chemical pathways leading to their formation. The Protostellar Interferometric Line Survey (PILS) represents an unbiased, high angular resolution and sensitivity spectral survey of the low-mass protostellar binary IRAS 16293-2422 with the Atacama Large Millimeter/submillimeter Array (ALMA). For the first time, we detect the three singly deuterated forms of NH2CHO (NH2CDO, cis- and trans-NHDCHO), as well as DNCO towards the component B of this binary source. The images reveal that the different isotopologues are all present in the same region. Based on observations of the 13C isotopologues of formamide and a standard 12C/13C ratio, the deuterium fractionation is found to be similar for the three different forms with a value of about 2%. The DNCO/HNCO ratio is also comparable to the D/H ratio of formamide (~1%). These results are in agreement with the hypothesis that NH2CHO and HNCO are chemically related through grain-surface formation. 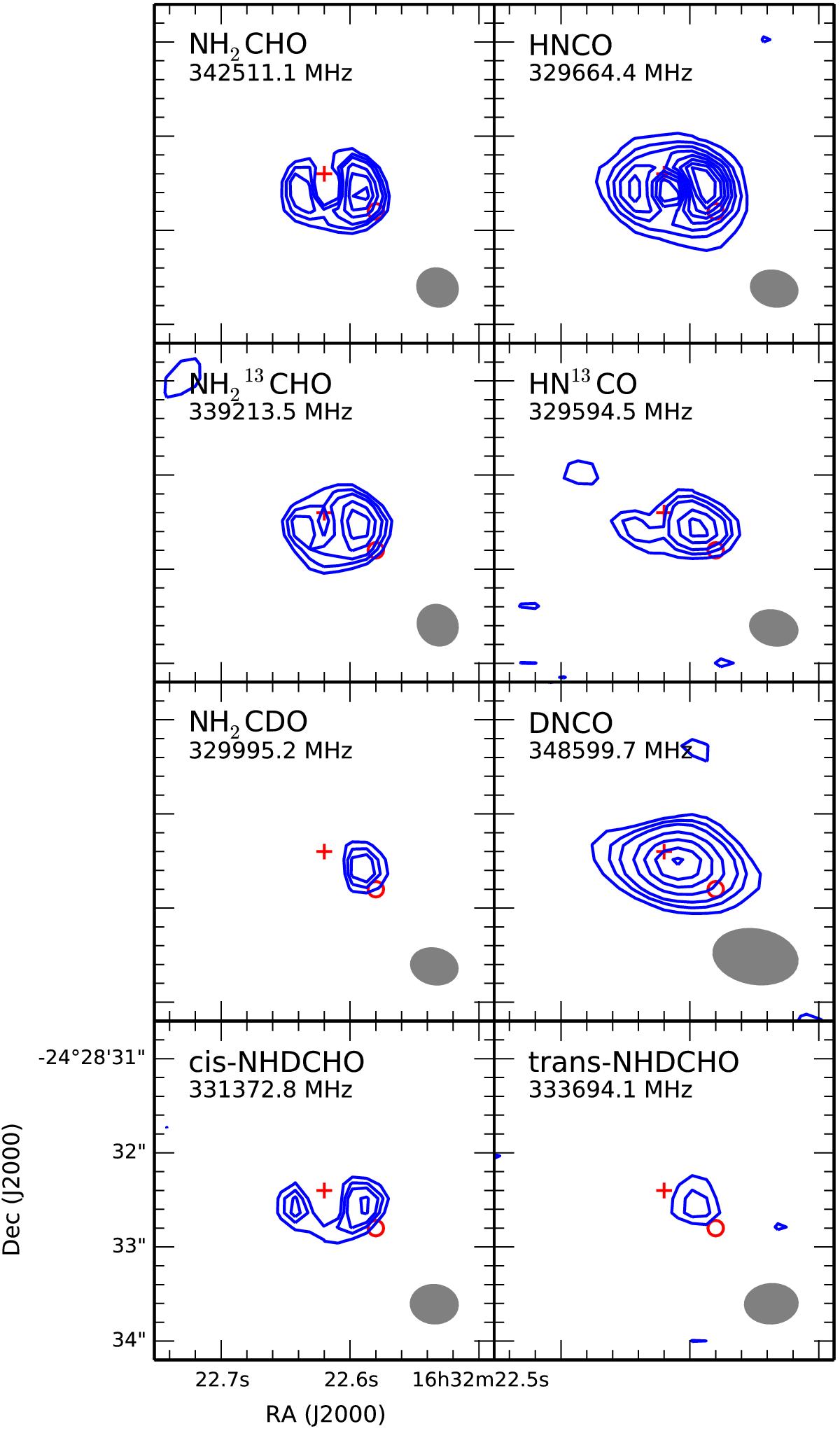