We present observations collected in the CFHTLS-VIPERS region in the ultraviolet with the GALEX satellite (far- and near-ultraviolet channels) and in the near-infrared with the CFHT/WIRCam camera (Ks band) over an area of 22 and 27 deg2, respectively. The depth of the photometry was optimised to measure the physical properties (e.g., star formation rate, stellar masses) of all the galaxies in the VIPERS spectroscopic survey. The large volume explored by VIPERS will enable a unique investigation of the relationship between the galaxy properties and their environment (density field and cosmic web) at high redshift (0.5 ≤ z ≤ 1.2). In this paper, we present the observations, the data reductions, and the build-up of the multi-colour catalogues. The CFHTLS-T0007 (gri-χ2) images are used as reference to detect and measure the Ks-band photometry, while the T0007 u∗-selected sources are used as priors to perform the GALEX photometry based on a dedicated software (EMphot). Our final sample reaches NUVAB ~ 25 (at 5σ) and KAB ~ 22 (at 3σ). The large spectroscopic sample (~51 000 spectroscopic redshifts) allows us to highlight the robustness of our star/galaxy separation and the reliability of our photometric redshifts with a typical accuracy of σz ≤ 0.04 and a fraction of catastrophic failures η ≤ 2% down to I ~ 23. We present various tests on the Ks-band completeness and photometric redshift accuracy by comparing our results with existing overlapping deep photometric catalogues. Finally, we discuss the BzK sample of passive and active galaxies at high redshift and the evolution of galaxy morphology in the (NUV-r) vs. (r-Ks) diagram at low redshift (z ≤ 0.25) based on the high image quality of the CFHTLS. 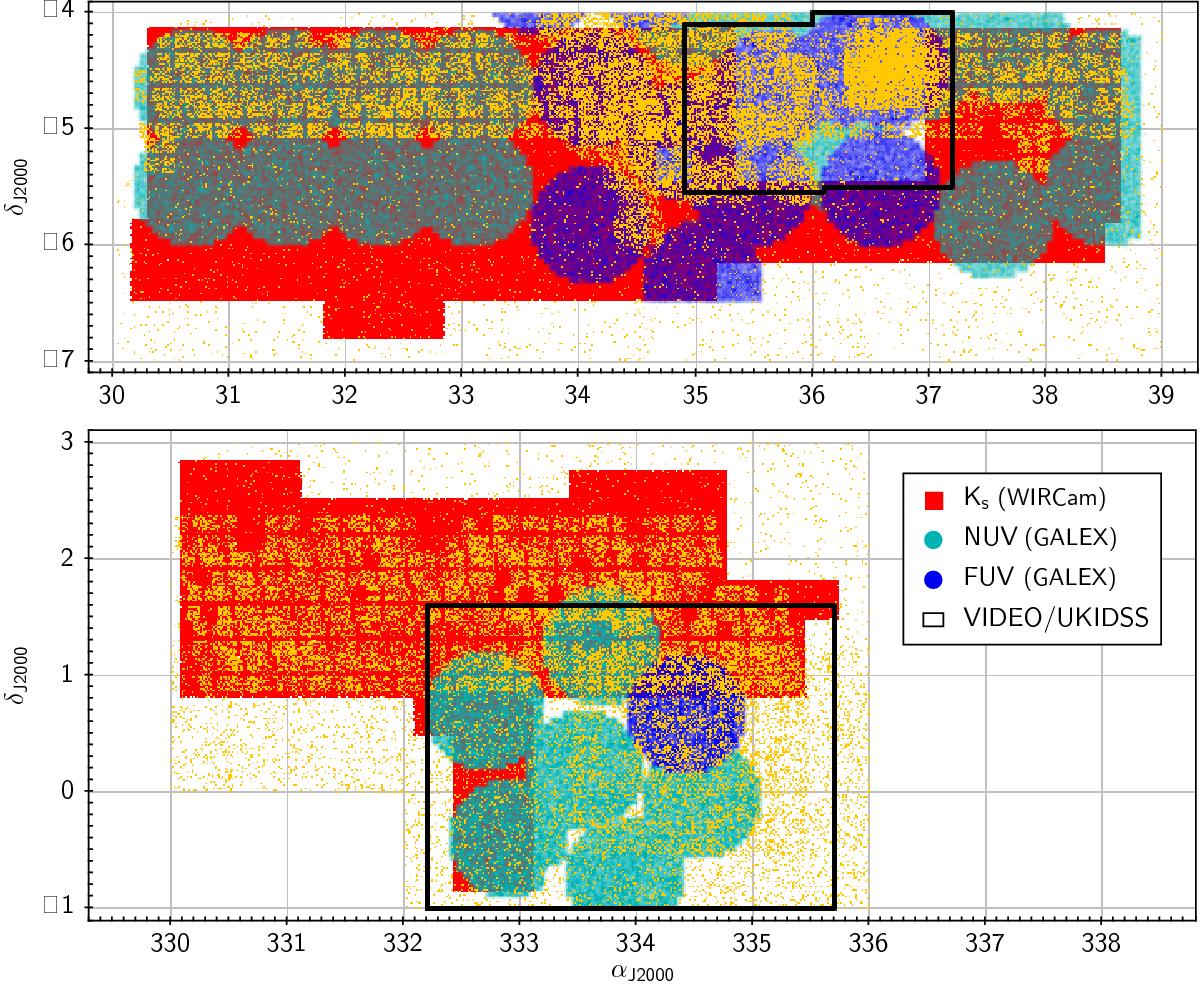