Context. We have performed a spectral line survey called Exploring Molecular Complexity with ALMA (EMoCA) toward Sagittarius B2(N) between 84.1 and 114.4 GHz with the Atacama Large Millimeter/submillimeter Array (ALMA) in its Cycles 0 and 1. Line intensities of the main isotopic species of ethyl cyanide and its singly 13C-substituted isotopomers observed toward the hot molecular core Sagittarius B2(N2) suggest that the doubly 13C-substituted isotopomers should also be detectable.
Aims: We want to determine the spectroscopic parameters of all three doubly 13C-substituted isotopologues of ethyl cyanide to search for them in our ALMA data.
Methods: We investigated the laboratory rotational spectra of the three species between 150 GHz and 990 GHz. We searched for emission lines produced by these species in the ALMA spectrum of Sagittarius B2(N2). We modeled their emission and the emission of the 12C and singly 13C-substituted isotopologues assuming local thermodynamic equilibrium.
Results: We identified more than 5000 rotational transitions, pertaining to more than 3500 different transition frequencies, in the laboratory for each of the three doubly 13C-substituted isotopomers. The quantum numbers reach J ≈ 115 and Ka ≈ 35, resulting in accurate spectroscopic parameters and accurate rest frequency calculations beyond 1000 GHz for strong to moderately weak transitions of either isotopomer. All three species are unambiguously detected in our ALMA data. The 12C/13C column density ratio of the isotopomers with one 13C atom to those with two 13C atoms is about 25.
Conclusions: Ethyl cyanide is the second molecule after methyl cyanide for which isotopologues containing two 13C atoms have been securely detected in the interstellar medium. The model of our ethyl cyanide data suggests that we should be able to detect vibrational satellites of the main species up to at least ν19 = 1 at ~1130 K and up to ν13 + ν21 = 2 at ~600 K for the isotopologues with one 13C atom in our present ALMA data. Such satellites may be too weak to be identified unambiguously for isotopologues with two 13C atoms. 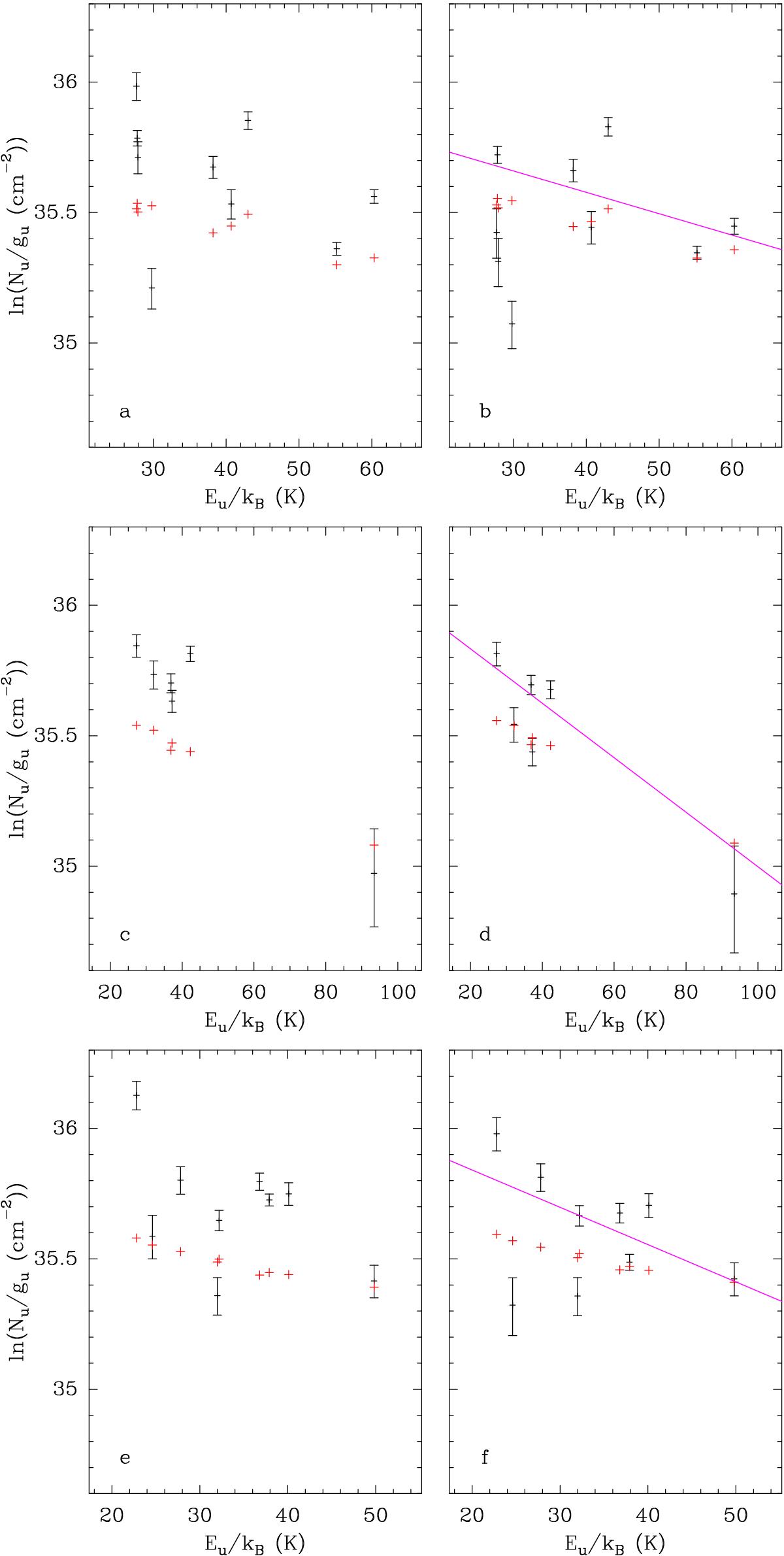