The physical mechanisms driving star formation (SF) in galaxies are still not fully understood. Tidal dwarf galaxies (TDGs), made of gas ejected during galaxy interactions, seem to be devoid of dark matter and have a near-solar metallicity. The latter makes it possible to study molecular gas and its link to SF using standard tracers (CO, dust) in a peculiar environment. We present a detailed study of a nearby TDG in the Virgo Cluster, VCC 2062, using new high-resolution CO(1-0) data from the Plateau de Bure, deep optical imaging from the Next Generation Virgo Cluster Survey (NGVS), and complementary multiwavelength data. Until now, there was some doubt whether VCC 2062 was a true TDG, but the new deep optical images from the NGVS reveal a stellar bridge between VCC 2062 and its parent galaxy, NGC 4694, which is clear proof of its tidal origin. Several high-resolution tracers (Hα, UV, 8 μm, and 24 μm) of the star formation rate (SFR) are compared to the molecular gas distribution as traced by the CO(1-0). Coupled with the SFR tracers, the NGVS data are used with the CIGALE code to model the stellar populations throughout VCC 2062, yielding a declining SFR in the recent past, consistent with the low Hα/UV ratio, and a high burst strength. HI emission covers VCC 2062, whereas the CO is concentrated near the HI maxima. The CO peaks correspond to two very distinct regions: one with moderate SF to the NE and one with only slightly weaker CO emission but with nearly no SF. Even where SF is clearly present, the SFR is below the value expected from the surface density of the molecular and the total gas as compared to spiral galaxies and other TDGs. After discussing different possible explanations, we conclude that the low surface brightness is a crucial parameter to understand the low SFR. 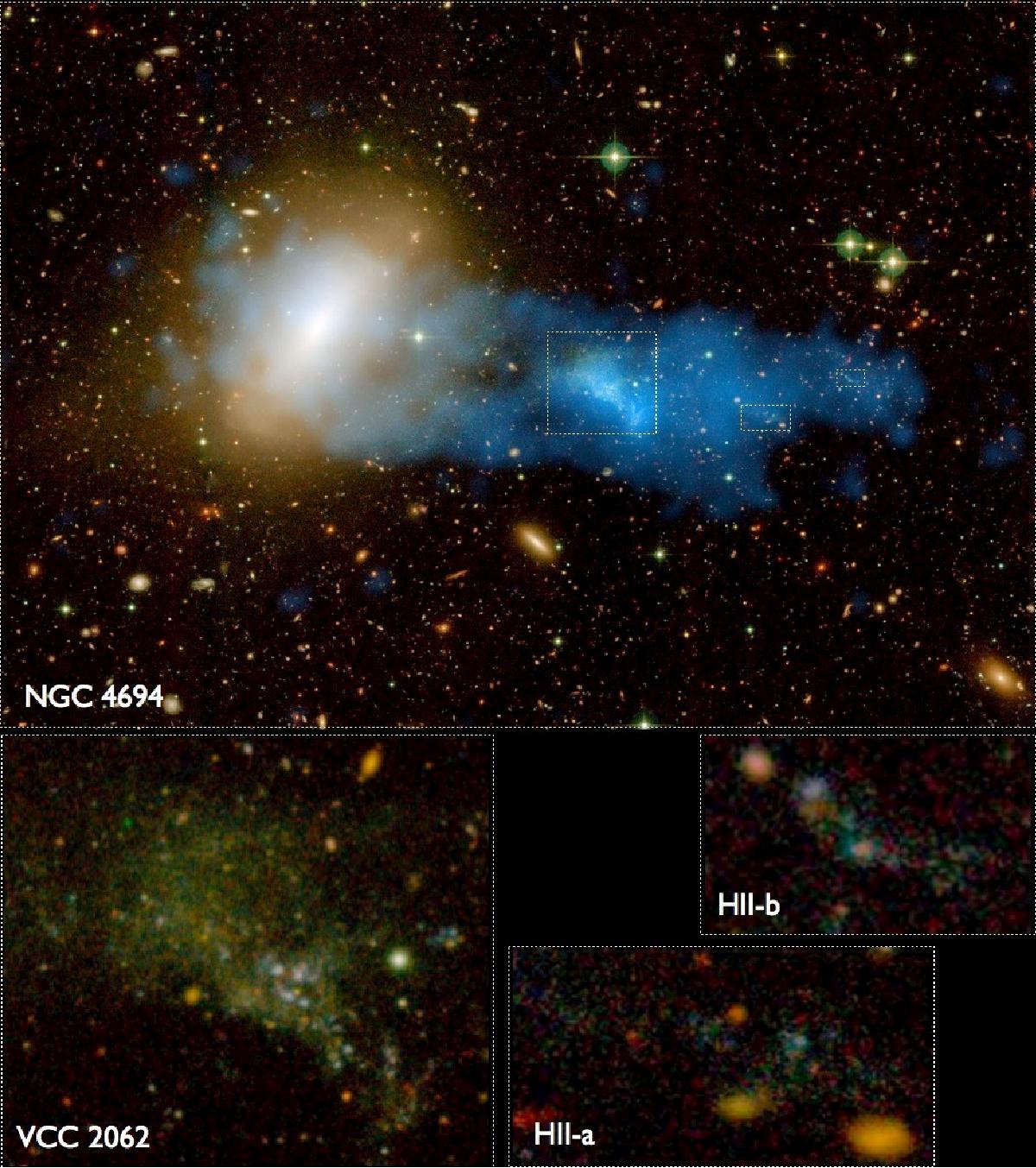