Aims: We investigate the feasibility of planetesimal growth in circumbinary protoplanetary disks around the observed systems Kepler-16 and Kepler-34 under the gravitational influence of a precessing eccentric gas disk.
Methods: We embed the results of our previous hydrodynamical simulations of protoplanetary disks around binaries into an N-body code to perform 3D, high-resolution, inter-particle gravity-enabled simulations of planetesimal growth and dynamics that include the gravitational force imparted by the gas.
Results: Including the full, precessing asymmetric gas disk generates high eccentricity orbits for planetesimals orbiting at the edge of the circumbinary cavity, where the gas surface density and eccentricity have their largest values. The gas disk is able to efficiently align planetesimal pericenters in some regions leading to phased, non-interacting orbits. Outside of these areas eccentric planetesimal orbits become misaligned and overlap leading to crossing orbits and high relative velocities during planetesimal collisions. This can lead to an increase in the number of erosive collisions that far outweighs the number of collisions that result in growth. Gravitational focusing from the static axisymmetric gas disk is weak and does not significantly alter collision outcomes from the gas free case.
Conclusions: Due to asymmetries in the gas disk, planetesimals are strongly perturbed onto highly eccentric orbits. Where planetesimals orbits are not well aligned, orbit crossings lead to an increase in the number of erosive collisions. This makes it difficult for sustained planetesimal accretion to occur at the location of Kepler-16b and Kepler-34b and we therefore rule out in situ growth. This adds further support to our initial suggestions that most circumbinary planets should form further out in the disk and migrate inwards. 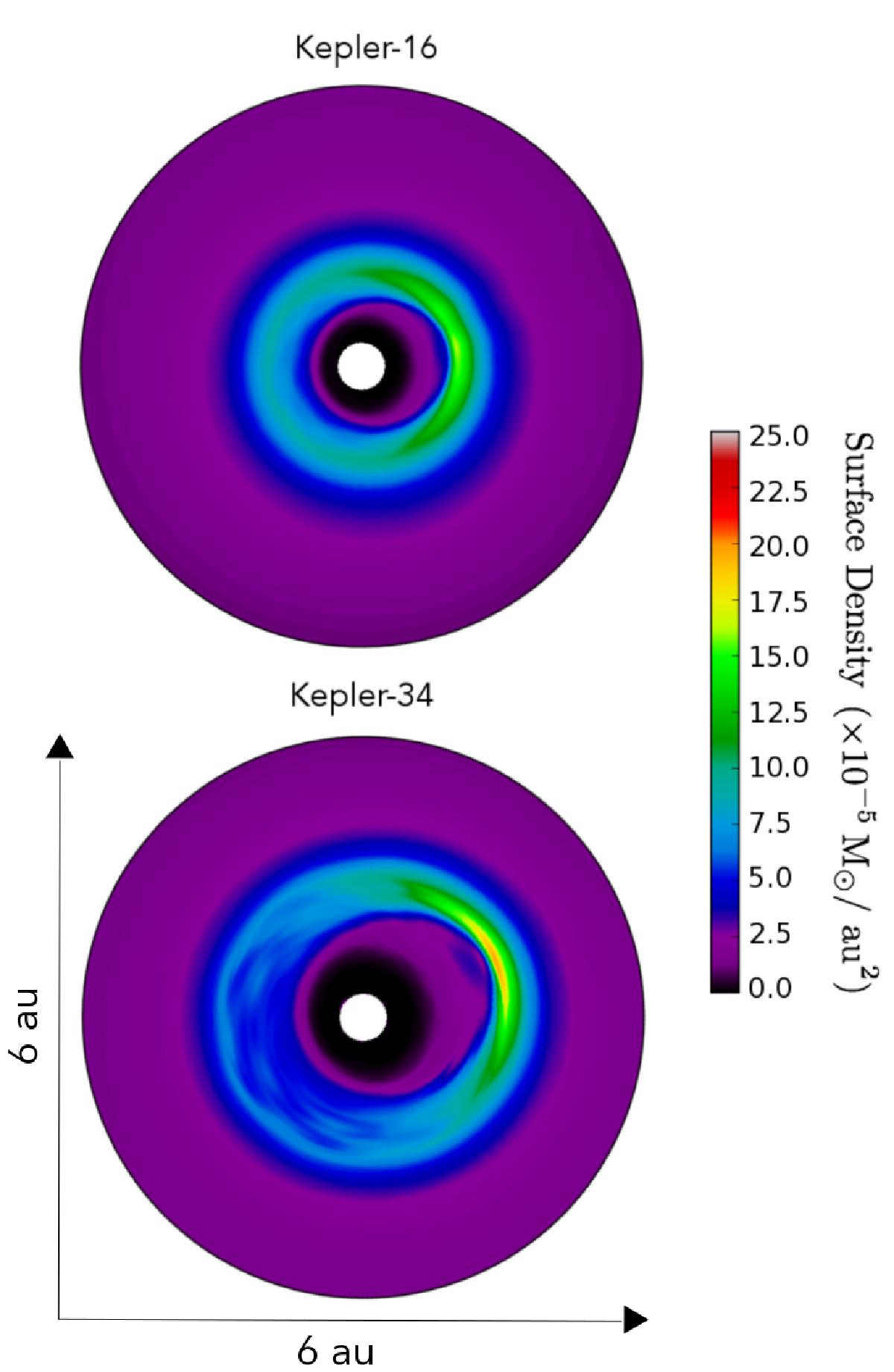