Four and one more: The formation history and total mass of globular clusters in the Fornax dSph

We have determined the detailed star formation history and total mass of the globular clusters in the Fornax dwarf spheroidal using archival HST WFPC2 data. Colour-magnitude diagrams were constructed in the F555W and F814W bands and corrected for the effect of Fornax field star contamination, after which we used the routine Talos to derive the quantitative star formation history as a function of age and metallicity. The star formation history of the Fornax globular clusters shows that Fornax 1, 2, 3, and 5 are all dominated by ancient (>10 Gyr) populations. Clusters Fornax 1, 2, and 3 display metallicities as low as [Fe/H] = -2.5, while Fornax 5 is slightly more metal-rich at [Fe/H] = -1.8, consistent with resolved and unresolved metallicity tracers. Conversely, Fornax 4 is dominated by a more metal-rich ([Fe/H] = -1.2) and younger population at 10 Gyr, inconsistent with the other clusters. A lack of stellar populations overlapping with the main body of Fornax argues against the nucleus cluster scenario for Fornax 4. The combined stellar mass in globular clusters as derived from the SFH is (9.57 ± 0.93) × 105 M⊙, which corresponds to 2.5 ± 0.2 percent of the total stellar mass in Fornax. The mass of the four most metal-poor clusters can also be compared to the metal-poor Fornax field to yield a mass fraction of 19.6 ± 3.1 percent. Therefore, the SFH results provide separate supporting evidence for the unusually high mass fraction of the globular clusters compared to the Fornax field population. 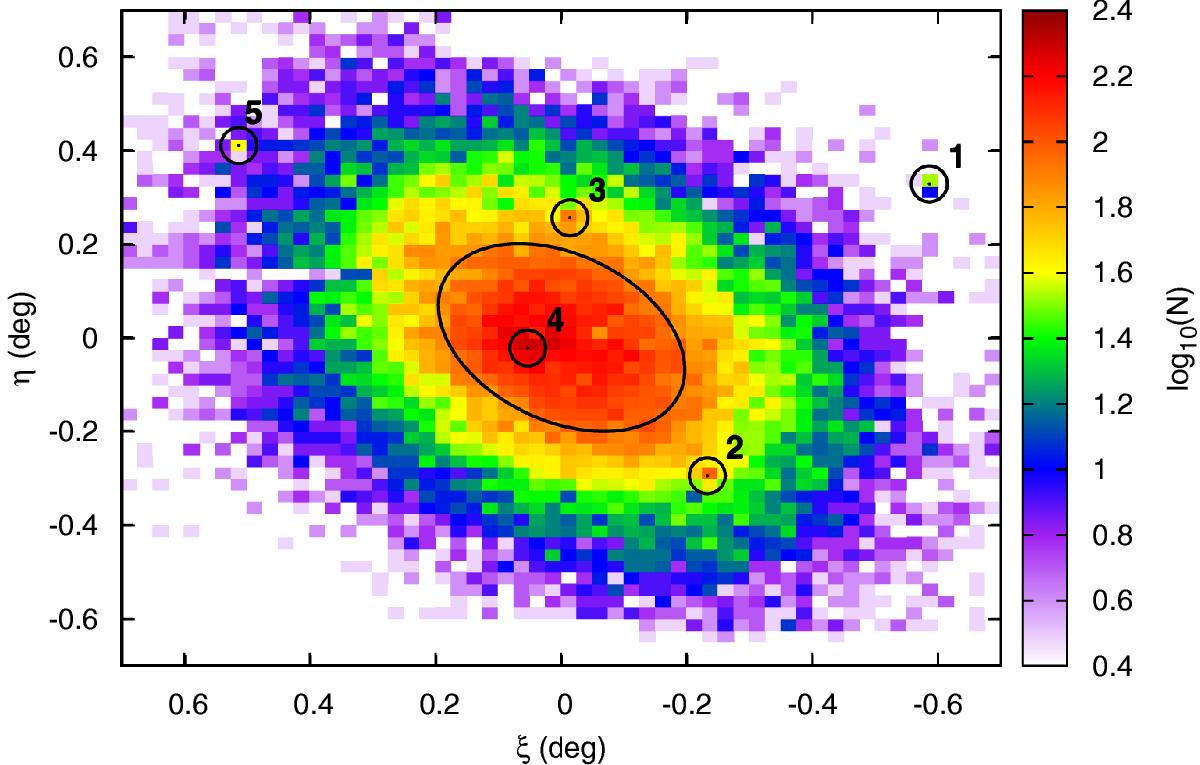