When the Milky Way turned off the lights: APOGEE provides evidence of star formation quenching in our Galaxy

Quenching, the cessation of star formation, is one of the most significant events in the life cycle of galaxies. While quenching is generally thought to be linked to their central regions, the mechanism responsible for it is not known and may not even be unique. We show here the first evidence that the Milky Way experienced a generalised quenching of its star formation at the end of its thick-disk formation ~9 Gyr ago. The fossil record imprinted on the elemental abundances of stars studied in the solar vicinity and as part of the APOGEE survey (APOGEE is part of the Sloan Digital Sky Survey III) reveals indeed that in less than ~2 Gyr (from 10 to 8 Gyr ago) the star formation rate in our Galaxy dropped by an order of magnitude. Because of the tight correlation that exists between age and α abundance, the general cessation of the star formation activity reflects in the dearth of stars along the inner-disk sequence in the [Fe/H]-[α/Fe] plane. Before this phase, which lasted about 1.5 Gyr, the Milky Way was actively forming stars. Afterwards, the star formation resumed at a much lower level to form the thin disk. These events observed in our Galaxy are very well matched by the latest observation of MW-type progenitors at high redshifts. In late-type galaxies, the quenching mechanism is believed to be related to a long and secular exhaustion of gas. Our results show that in the Milky Way, the shut-down occurred on a much shorter timescale, while the chemical continuity between the stellar populations formed before and after the quenching indicates that it is not the exhaustion of the gas that was responsible for the cessation of the star formation. While quenching is generally associated with spheroids in the literature, our results show that it also occurs in galaxies like the Milky Way, where the classical bulge is thought to be small or non-existent, possibly when they are undergoing a morphological transition from thick to thin disks. Given the demographics of late-type galaxies in the local Universe, in which classical bulges are rare, we suggest further that this may hold true generally in galaxies with mass lower than or approximately of M∗, where quenching could directly be a consequence of thick-disk formation, while quenching may be related to development of spheroids in higher mass galaxies. We emphasize that the quenching phase in the Milky Way could be contemporaneous with, and related to, the formation of the bar, at the end of the thick-disk phase. We sketch a scenario on how a strong bar may inhibit star formation. 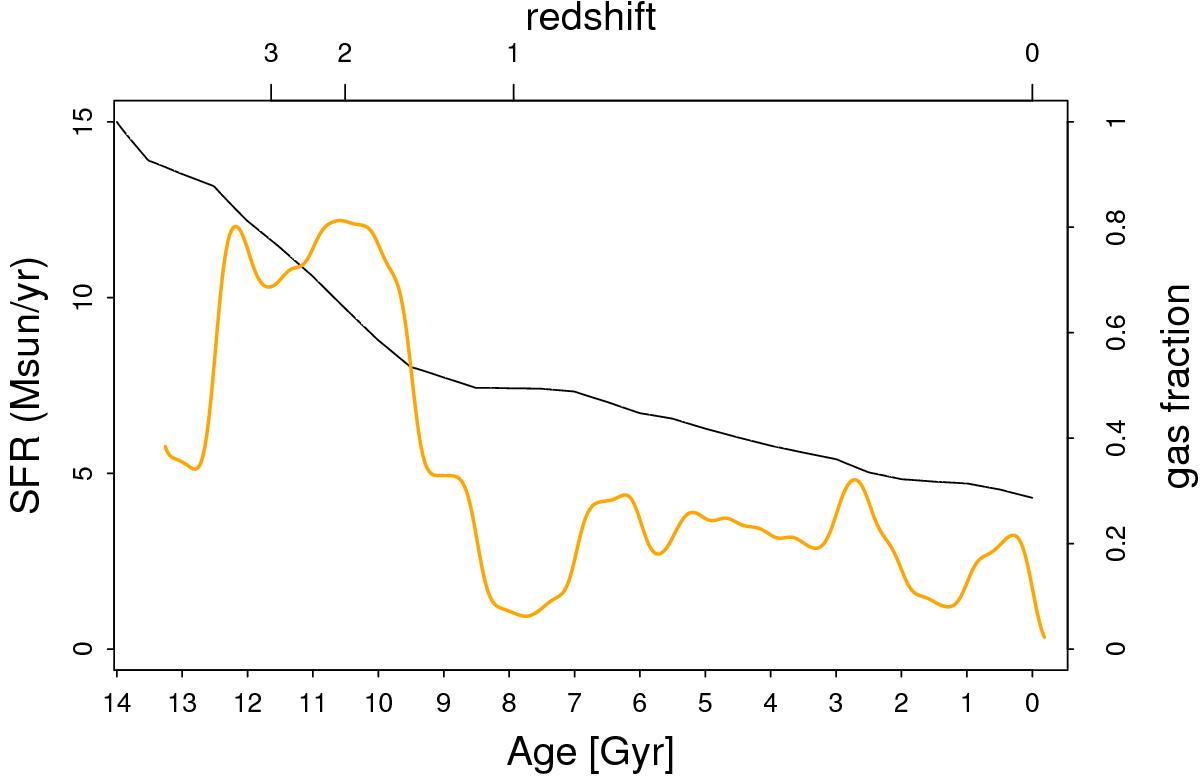