Context. The origin of fossil fields in intermediate- and high-mass stars is poorly understood, as is the interplay between binarity and magnetism during stellar evolution. Thus we have begun a study of the magnetic properties of a sample of intermediate-mass and massive short-period binary systems as a function of binarity properties.
Aims: This paper specifically aims to characterise the magnetic field of HD 5550, a double-lined spectroscopic binary system of intermediate mass.
Methods: We gathered 25 high-resolution spectropolarimetric observations of HD 5550 using the instrument Narval. We first fitted the intensity spectra using Zeeman/ATLAS9 LTE synthetic spectra to estimate the effective temperatures, microturbulent velocities, and the abundances of some elements of both components, as well as the light ratio of the system. We then applied the multi-line least-square deconvolution (LSD) technique to the intensity and circularly polarised spectra, which provided us with mean LSD I and V line profiles. We fitted the Stokes I line profiles to determine the radial and projected rotational velocities of both stars. We then analysed the shape and evolution of the V profiles using the oblique rotator model to characterise the magnetic fields of both stars.
Results: We confirm the Ap nature of the primary, which has previously been reported, and find that the secondary displays spectral characteristics typical of an Am star. While a magnetic field is clearly detected in the lines of the primary, no magnetic field is detected in the secondary in any of our observations. If a dipolar field were present at the surface of the Am star, its polar strength must be below 40 G. The faint variability observed in the Stokes V profiles of the Ap star allowed us to propose a rotation period of 6.84-0.39+0.61 d, which is close to the orbital period (~6.82 d), suggesting that the star is synchronised with its orbit. By fitting the variability of the V profiles, we propose that the Ap component hosts a dipolar field inclined with the rotation axis at an angle β = 156 ± 17 ° and a polar strength Bd = 65 ± 20 G. The field strength is the weakest known for an Ap star. 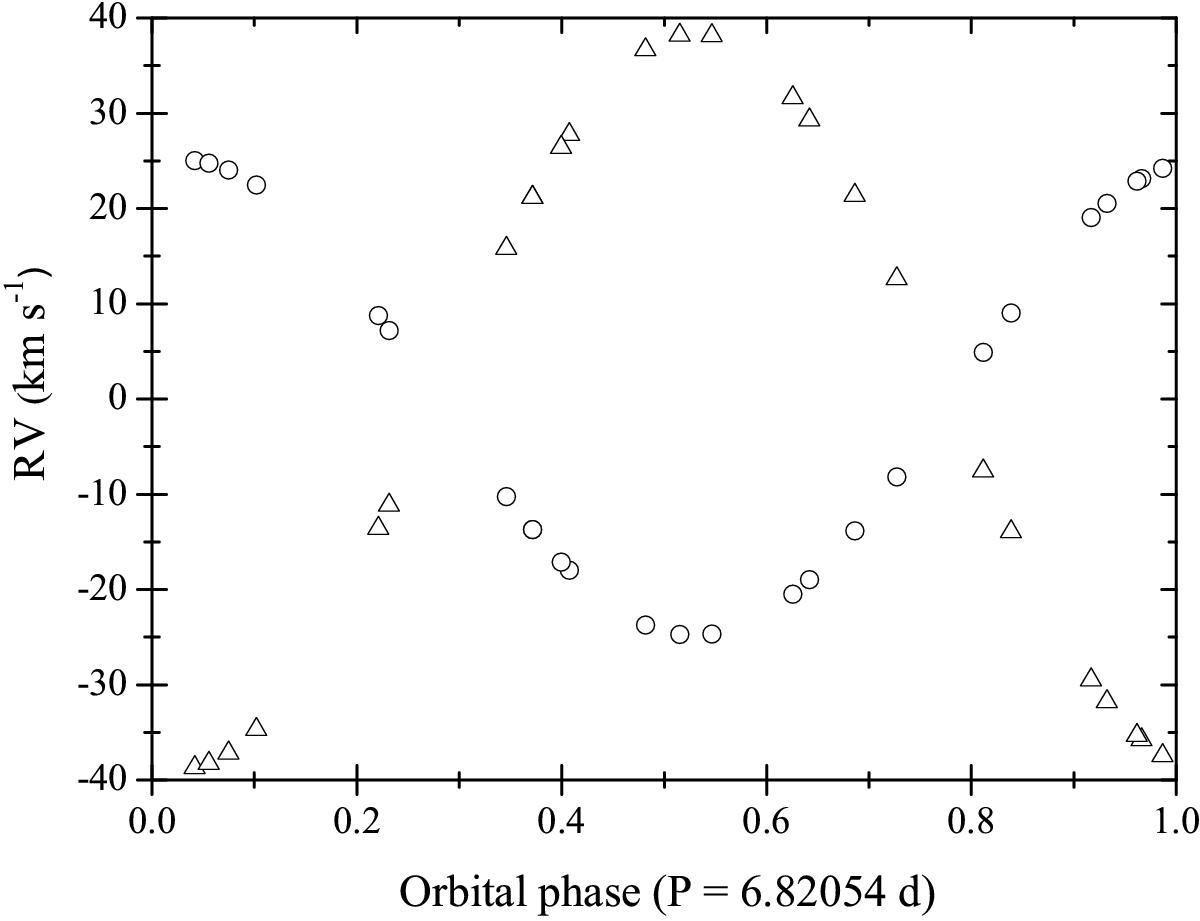