We report on the MASTER Global Robotic Net discovery of an eclipsing binary, MASTER OT J095310.04+335352.8, previously known as unremarkable star TYC 2505-672-1, which displays extreme orbital parameters. The orbital period P = 69.1 yr is more than 2.5 times longer than that of ɛ-Aurigae, which is the previous record holder. The light curve is characterized by an extremely deep total eclipse with a depth of more than 4.5 mag, which is symmetrically shaped and has a total duration of 3.5 yr. The eclipse is essentially gray. The spectra acquired with the Russian 6 m BTA telescope both at minimum and maximum light mainly correspond to an M0-1III-type red giant, but the spectra taken at the bottom of eclipse show small traces of a sufficiently hot source. The observed properties of this system can be better explained as the red giant eclipsed by a large cloud (the disk) of small particles surrounding the invisible secondary companion. 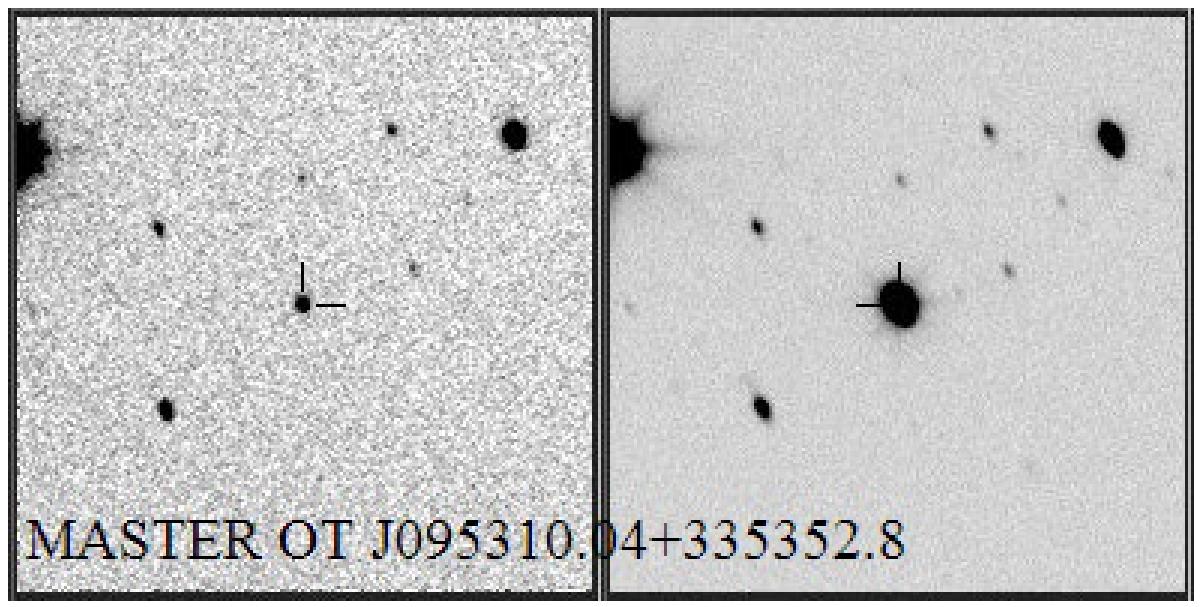