With recent advances in gravitational-wave astronomy, the direct detection of gravitational waves from the merger of two stellar-mass compact objects has become a realistic prospect. Evolutionary scenarios towards mergers of various double compact objects generally invoke so-called common-envelope evolution, which is poorly understood and leads to large uncertainties in the predicted merger rates. Here we explore, as an alternative, the scenario of massive overcontact binary (MOB) evolution, which involves two very massive stars in a very tight binary that remain fully mixed as a result of their tidally induced high spin. While many of these systems merge early on, we find many MOBs that swap mass several times, but survive as a close binary until the stars collapse. The simplicity of the MOB scenario allows us to use the efficient public stellar-evolution code MESA to explore it systematically by means of detailed numerical calculations. We find that, at low metallicity, MOBs produce double-black-hole (BH+BH) systems that will merge within a Hubble time with mass-ratios close to one, in two mass ranges, about 25...60 M☉ and ≳130M☉, with pair-instability supernovae (PISNe) being produced at intermediate masses. Our models are also able to reproduce counterparts of various stages in the MOB scenario in the local Universe, providing direct support for the scenario. We map the initial binary parameter space that produces BH+BH mergers, determine the expected chirp mass distribution, merger times, and expected Kerr parameters, and predict event rates. We find typically one BH+BH merger event for ~1000 core-collapse supernovae for Z ≲ Z☉/ 10 . The advanced LIGO (aLIGO) detection rate is more uncertain and depends on the cosmic metallicity evolution. From deriving upper and lower limits from a local and a global approximation for the metallicity distribution of massive stars, we estimate aLIGO detection rates (at the aLIGO design limit) of ~19-550 yr-1 for BH-BH mergers below the PISN gap and of ~2.1-370 yr-1 above the PISN gap. Even with conservative assumptions, we find that aLIGO will probably soon detect BH+BH mergers from the MOB scenario. These could be the dominant source for aLIGO detections. 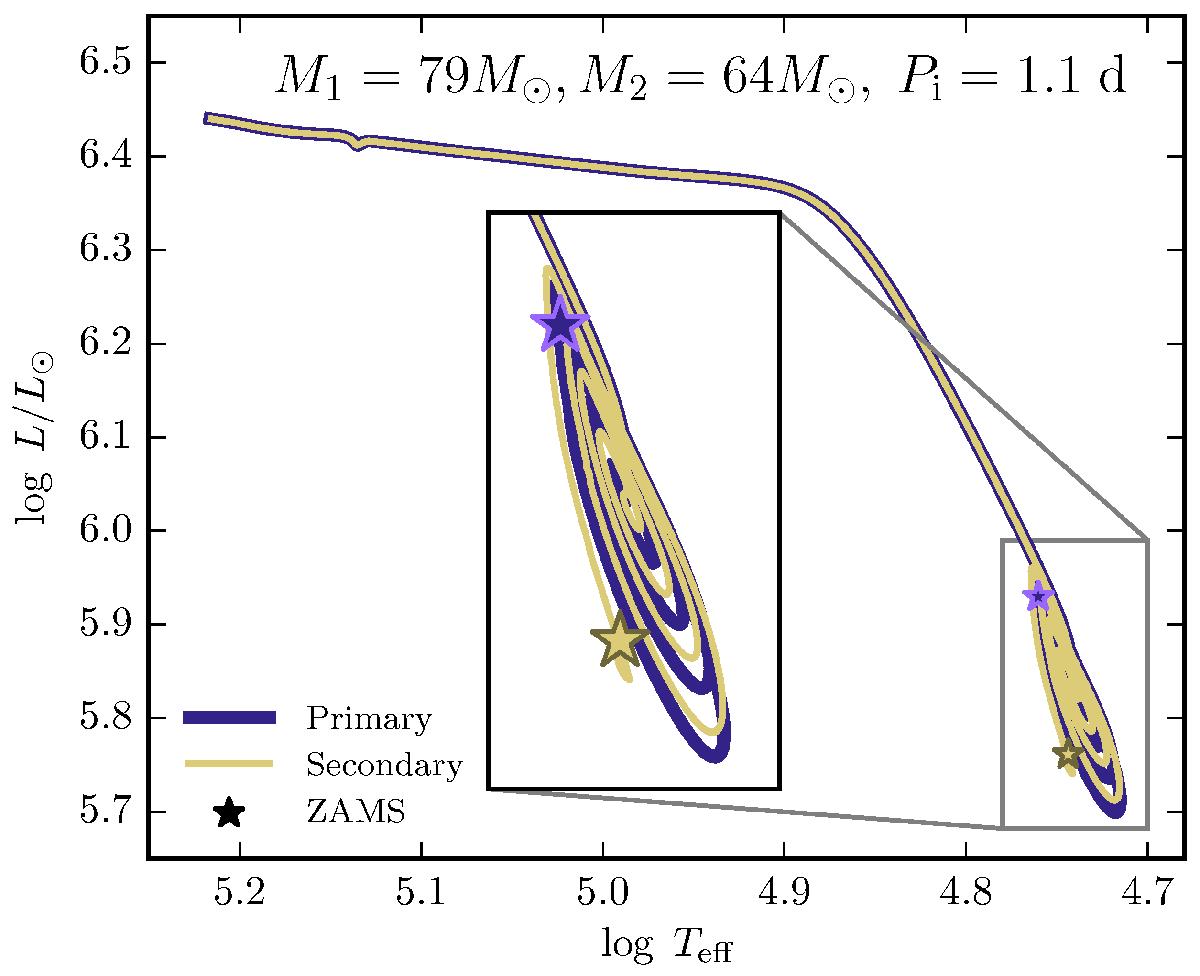