Context. Using MegaCam at the CFHT, we obtained a deep narrow band Hα+[NII] wide-field image of NGC 4569 (M90), the brightest late-type galaxy in the Virgo cluster. The image reveals the presence of long tails of diffuse ionized gas, without any associated stellar component extending from the disc of the galaxy up to ≃80 kpc (projected distance) and with a typical surface brightness of a few 10-18 erg s-1 cm-2 arcsec-2. These features provide direct evidence that NGC 4569 is undergoing a ram-presure stripping event. The image also shows a prominent 8 kpc spur of ionized gas that is associated with the nucleus that spectroscopic data identify as an outflow. With some assumptions on the 3D distribution of the gas, we use the Hα surface brightness of these extended low-surface brightness features to derive the density and the mass of the gas that has been stripped during the interaction of the galaxy with the intracluster medium. The comparison with ad hoc chemo-spectrophotometric models of galaxy evolution indicates that the mass of the Hα emitting gas in the tail is a large fraction of that of the cold phase that has been stripped from the disc, suggesting that the gas is ionized within the tail during the stripping process. The lack of star-forming regions suggests that mechanisms other than photoionization are responsible for the excitation of the gas (shocks, heat conduction, magneto hydrodynamic waves). This analysis indicates that ram pressure stripping is efficient in massive (Mstar ≃ 1010.5 M⊙) galaxies located in intermediate-mass (≃1014 M⊙) clusters under formation. It also shows that the mass of gas expelled by the nuclear outflow is only ~1% than that removed during the ram pressure stripping event.Together these results indicate that ram pressure stripping, rather than starvation through nuclear feedback, can be the dominant mechanism that is responsible for the quenching of the star formation activity of galaxies in high density environments.

Based on observations obtained with MegaPrime/MegaCam, a joint project of CFHT and CEA/DAPNIA, at the Canadian-French-Hawaii Telescope (CFHT) which is operated by the National Research Council (NRC) of Canada, the Institut National des Sciences de l'Univers of the Centre National de la Recherche Scientifique (CNRS) of France and the University of Hawaii.The images analysed in this work are available as FITS files at the CDS via anonymous ftp to http://cdsarc.u-strasbg.fr (ftp://130.79.128.5) or via http://cdsarc.u-strasbg.fr/viz-bin/qcat?J/A+A/587/A68 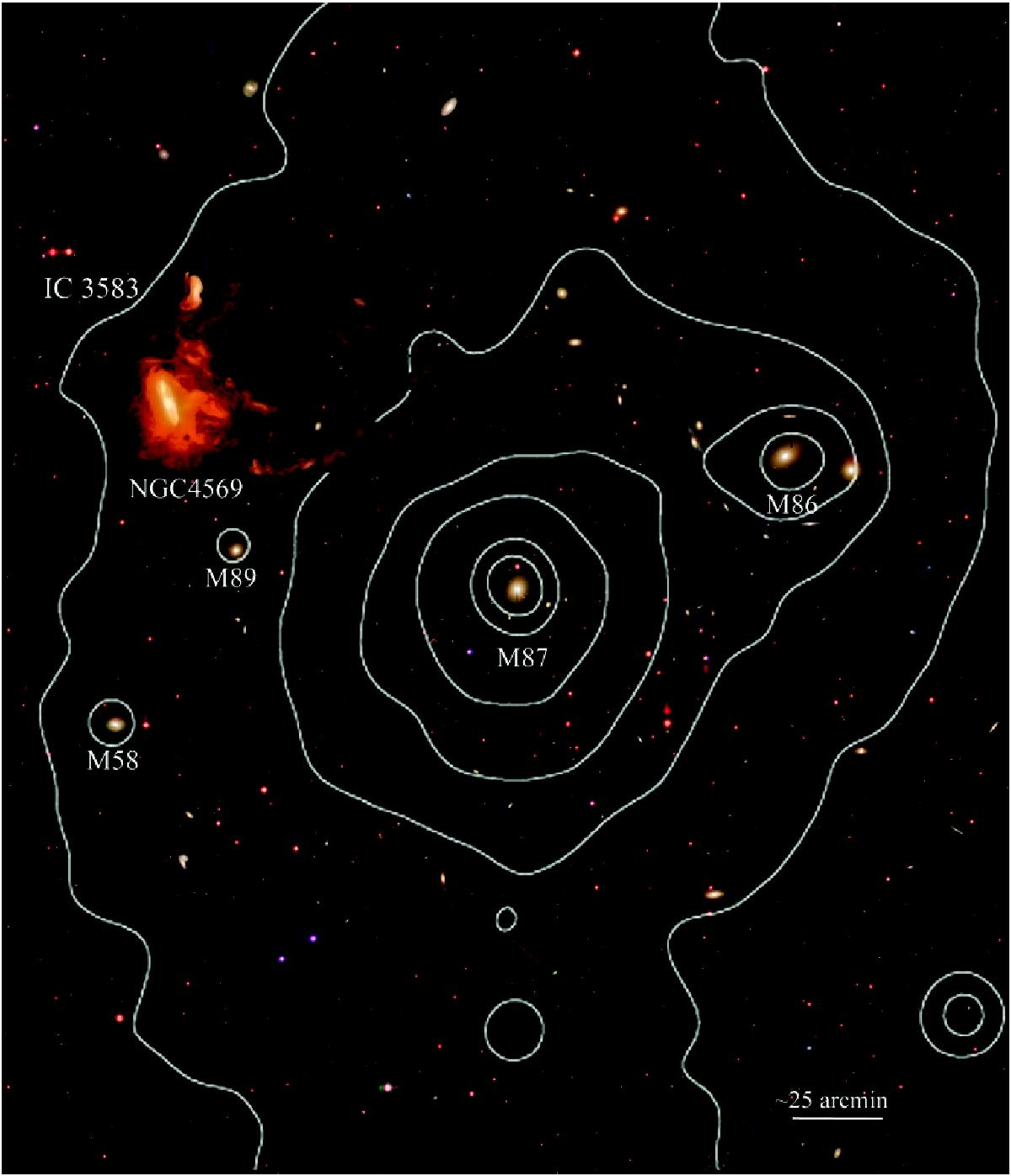