First light of the VLT planet finder SPHERE. I. Detection and characterization of the substellar companion GJ 758 B

GJ 758 B is a brown dwarf companion to a nearby (15.76%) solar-type, metal-rich (M / H = + 0.2 dex) main-sequence star (G9V) that was discovered with Subaru/HiCIAO in 2009. From previous studies, it has drawn attention as being the coldest (~600 K) companion ever directly imaged around a neighboring star. We present new high-contrast data obtained during the commissioning of the SPHERE instrument at the Very Large Telescope (VLT). The data was obtained in Y-, J-, H-, and Ks-bands with the dual-band imaging (DBI) mode of IRDIS, thus providing a broad coverage of the full near-infrared (near-IR) range at higher contrast and better spectral sampling than previously reported. In this new set of high-quality data, we report the re-detection of the companion, as well as the first detection of a new candidate closer-in to the star. We use the new eight photometric points for an extended comparison of GJ 758 B with empirical objects and four families of atmospheric models. From comparison to empirical object, we estimate a T8 spectral type, but none of the comparison objects can accurately represent the observed near-IR fluxes of GJ 758 B. From comparison to atmospheric models, we attribute a Teff = 600 ± 100 K, but we find that no atmospheric model can adequately fit all the fluxes of GJ 758 B. The lack of exploration of metal enrichment in model grids appears as a major limitation that prevents an accurate estimation of the companion physical parameters. The photometry of the new candidate companion is broadly consistent with L-type objects, but a second epoch with improved photometry is necessary to clarify its status. The new astrometry of GJ 758 B shows a significant proper motion since the last epoch. We use this result to improve the determination of the orbital characteristics using two fitting approaches: Least-Squares Monte Carlo and Markov chain Monte Carlo. We confirm the high-eccentricity of the orbit (peak at 0.5), and find a most likely semi-major axis of 46.05 AU. We also use our imaging data, as well as archival radial velocity data, to reject the possibility that this is a false positive effect created by an unseen, closer-in, companion. Finally, we analyze the sensitivity of our data to additional closer-in companions and reject the possibility of other massive brown dwarf companions down to 4-5 AU.

Based on observations collected at the European Southern Observatory, Chile, during the commissioning of the SPHERE instrument. 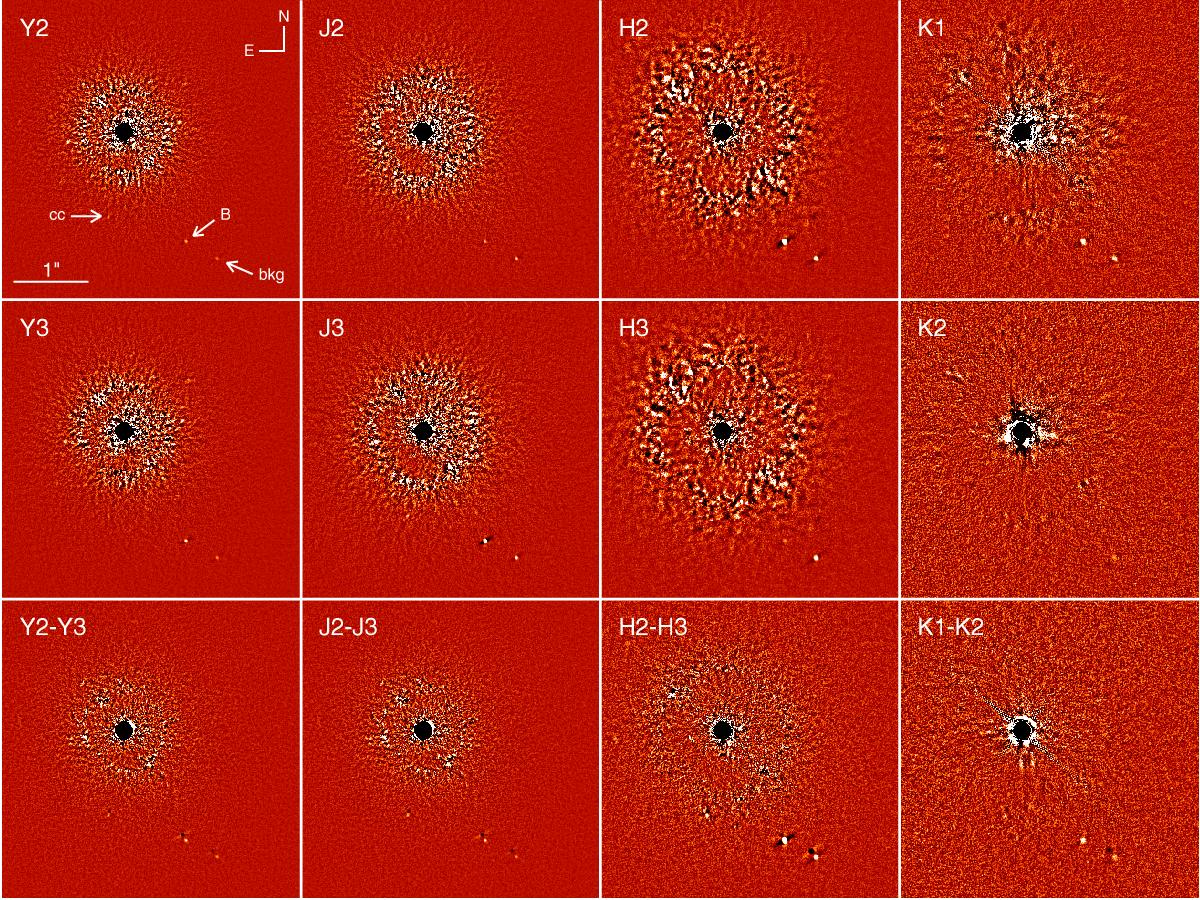