Is beryllium ultra-depletion in solar-type stars linked to the presence of a white dwarf companion?

Context. Abundance studies of solar-type stars revealed a small fraction of objects with extreme depletion of beryllium.
Aims: We investigate the possible link between the beryllium depletion and the presence of companions.
Methods: The classical methods (radial velocity, astrometry, imaging) used to search for binary companions were exploited. We also performed a chemical analysis to identify binaries by the alteration in abundances that is produced by the accretion of material lost by a former evolved companion.
Results: We found that all the four previously investigated stars that were found to be ultra-depleted in Be are binaries. In two cases the companion is a white dwarf, and in the other two cases the companion might be a white dwarf or a main-sequence star. One new barium star was identified.
Conclusions: We speculate that the interaction with the white dwarf progenitor caused an alteration in the abundance pattern of the star, which resulted in severe beryllium depletion. Possible mechanisms such as thermohaline mixing, episodic accretion, and rotational mixing are discussed. We also briefly discuss predictions for validating this scenario. 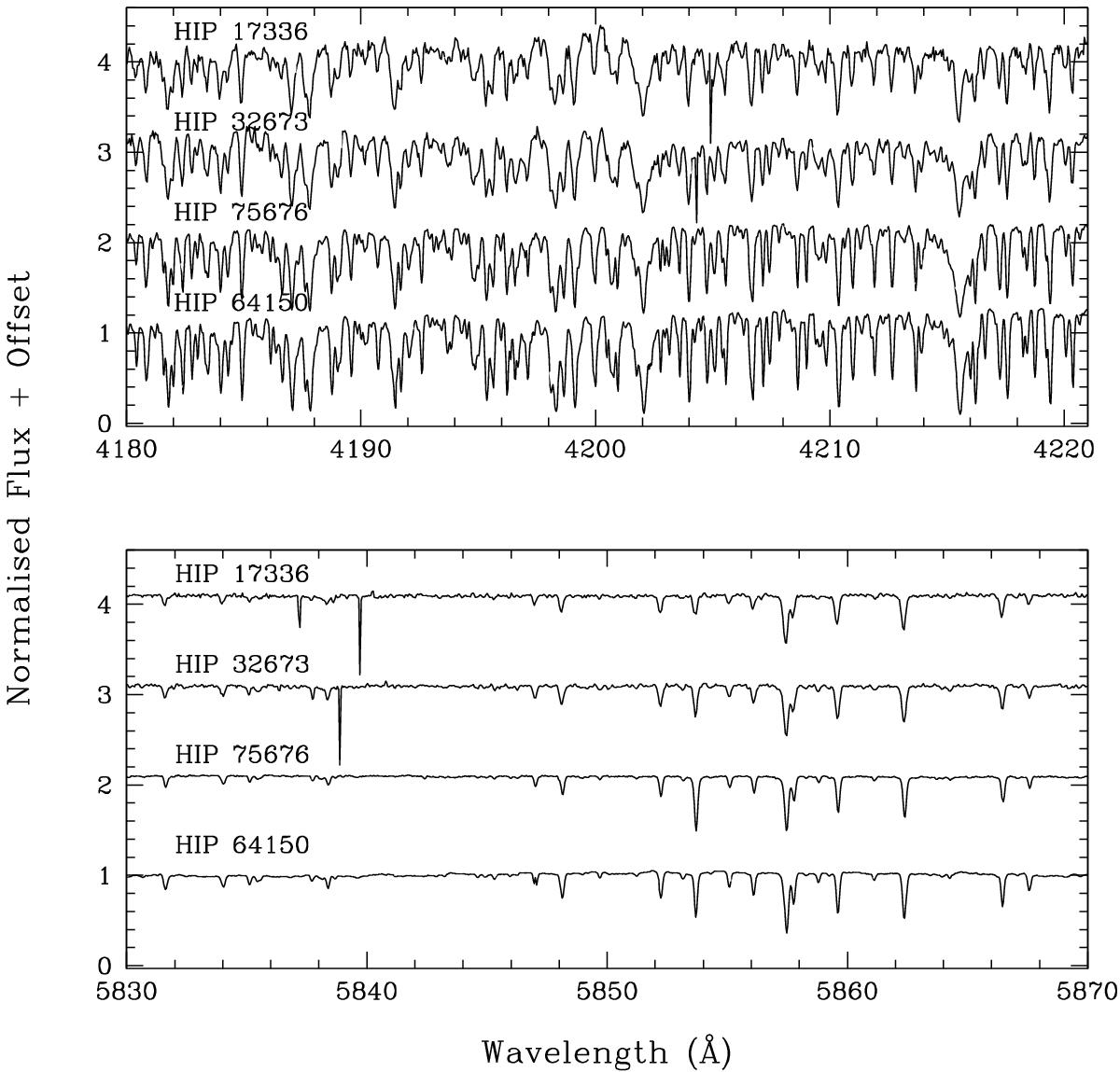