A package for the automated classification of periodic variable stars

We present a machine learning package for the classification of periodic variable stars. Our package is intended to be general: it can classify any single band optical light curve comprising at least a few tens of observations covering durations from weeks to years with arbitrary time sampling. We use light curves of periodic variable stars taken from OGLE and EROS-2 to train the model. To make our classifier relatively survey-independent, it is trained on 16 features extracted from the light curves (e.g., period, skewness, Fourier amplitude ratio). The model classifies light curves into one of seven superclasses - δ Scuti, RR Lyrae, Cepheid, Type II Cepheid, eclipsing binary, long-period variable, non-variable - as well as subclasses of these, such as ab, c, d, and e types for RR Lyraes. When trained to give only superclasses, our model achieves 0.98 for both recall and precision as measured on an independent validation dataset (on a scale of 0 to 1). When trained to give subclasses, it achieves 0.81 for both recall and precision. The majority of misclassifications of the subclass model is caused by confusion within a superclass rather than between superclasses. To assess classification performance of the subclass model, we applied it to the MACHO, LINEAR, and ASAS periodic variables, which gave recall/precision of 0.92/0.98, 0.89/0.96, and 0.84/0.88, respectively. We also applied the subclass model to Hipparcos periodic variable stars of many other variability types that do not exist in our training set, in order to examine how much those types degrade the classification performance of our target classes. In addition, we investigate how the performance varies with the number of data points and duration of observations. We find that recall and precision do not vary significantly if there are more than 80 data points and the duration is more than a few weeks.

The classifier software of the subclass model is available (in Python) from the GitHub repository (http://https://goo.gl/xmFO6Q). 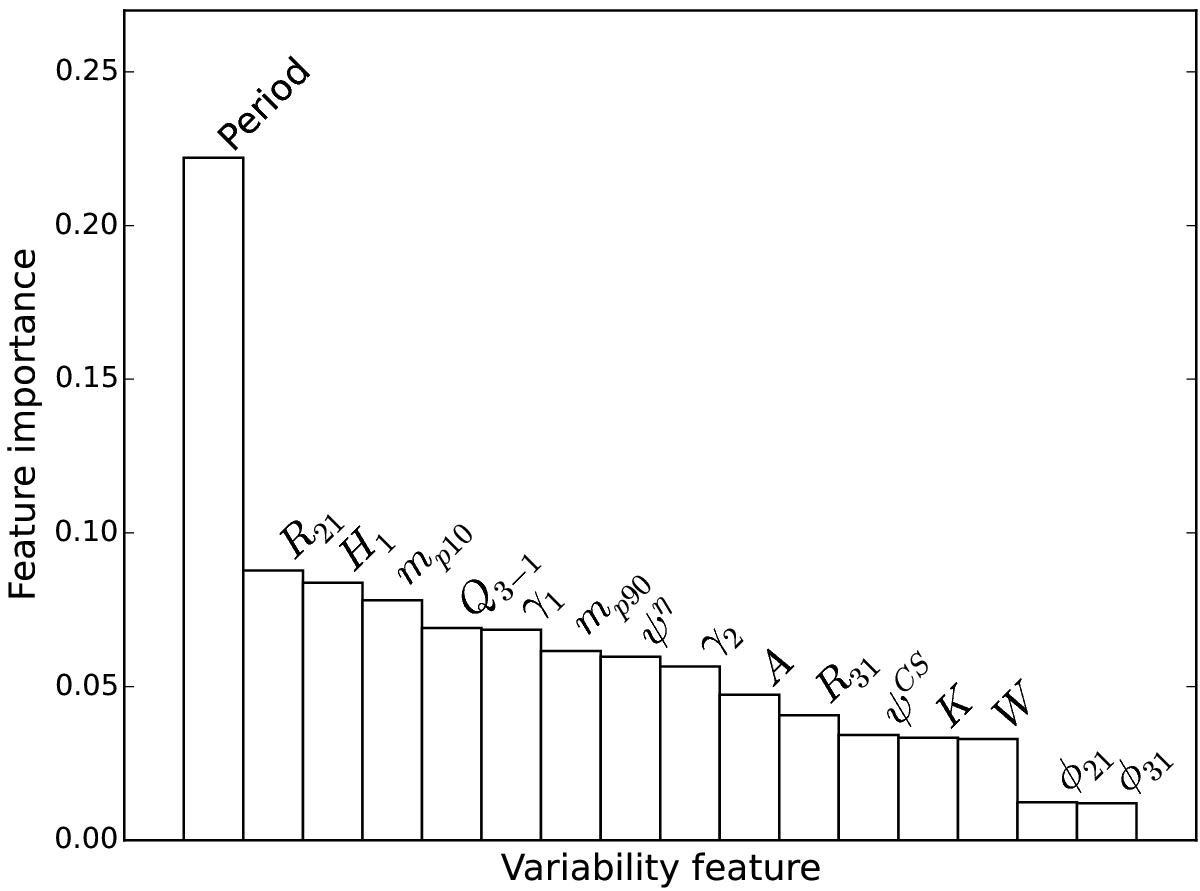