Planck observations at 353 GHz provide the first fully sampled maps of the polarized dust emission towards interstellar filaments and their backgrounds (I.e., the emission observed in the surroundings of the filaments). The data allow us to determine the intrinsic polarization properties of the filaments and therefore to provide insight into the structure of their magnetic field (B). We present the polarization maps of three nearby (several parsecs long) star-forming filaments of moderate column density (NH about 1022 cm-2): Musca, B211, and L1506. These three filaments are detected above the background in dust total and polarized emission. We use the spatial information to separate Stokes I, Q, and U of the filaments from those of their backgrounds, an essential step in measuring the intrinsic polarization fraction (p) and angle (ψ) of each emission component. We find that the polarization angles in the three filaments (ψfil) are coherent along their lengths and not the same as in their backgrounds (ψbg). The differences between ψfil and ψbg are 12° and 54° for Musca and L1506, respectively, and only 6° in the case of B211. These differences forMusca and L1506 are larger than the dispersions of ψ, both along the filaments and in their backgrounds. The observed changes of ψ are direct evidence of variations of the orientation of the plane of the sky (POS) projection of the magnetic field. As in previous studies, we find a decrease of several per cent in p with NH from the backgrounds to the crest of the filaments. We show that the bulk of the drop in p within the filaments cannot be explained by random fluctuations of the orientation of the magnetic field because they are too small (σψ< 10°). We recognize the degeneracy between the dust alignment efficiency (by, e.g., radiative torques) and the structure of the B-field in causing variations in p, but we argue that the decrease in p from the backgrounds to the filaments results in part from depolarization associated with the 3D structure of the B-field: both its orientation in the POS and with respect to the POS. We do not resolve the inner structure of the filaments, but at the smallest scales accessible with Planck (~0.2 pc), the observed changes of ψ and p hold information on the magnetic field structure within filaments. They show that both the mean field and its fluctuations in the filaments are different from those of their backgrounds, which points to a coupling between the matter and the B-field in the filament formation process. 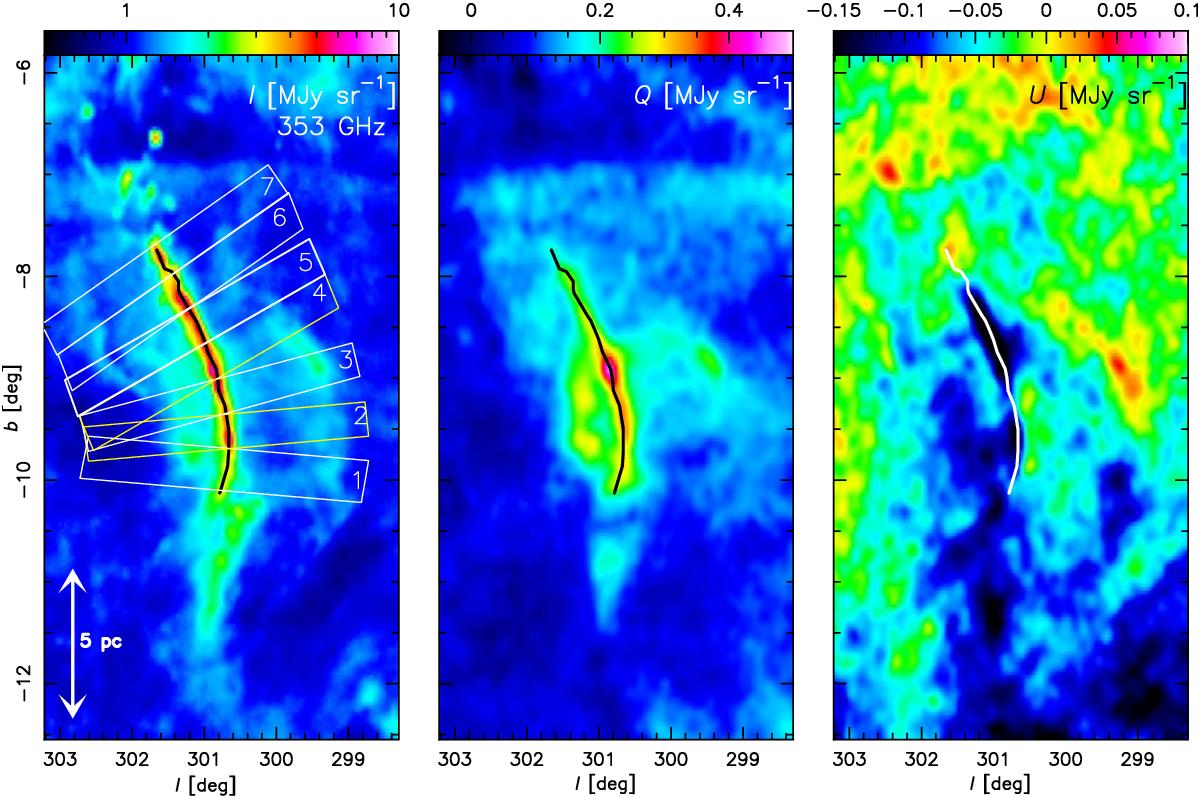