We present multi-epoch, time-resolved optical spectroscopic observations of the dwarf nova HT Cas, which were obtained during 1986, 1992, 1995, and 2005 with the aim of studying the properties of emission structures in the system. We determined that the accretion disc radius, measured from the double-peaked emission-line profiles, is consistently large and lies within the range of 0.45-0.52a, where a is the binary separation. This is close to the tidal truncation radius rmax = 0.52a. However, this result is not consistent with previous radius measurements. An extensive set of Doppler maps reveals a very complex emission structure of the accretion disc. Apart from a ring of disc emission, the tomograms display at least three areas of enhanced emission: the hot spot from the area of interaction between the gas stream and the disc, which is superposed on the elongated spiral structure, and the extended bright region on the leading side of the disc, which is opposite to the location of the hotspot. The position of the hotspot in all the emission lines is consistent with the trajectory of the gas stream. However, the peaks of emission are located in the range of distances 0.22-0.30a, which are much closer to the white dwarf than the disc edge. This suggests that the outer disc regions have a very low density, allowing the gas stream to flow almost freely before it starts to be seen as an emission source. We have found that the extended emission region on the leading side of the disc is always observed at the very edge of the large disc. Observations of other cataclysmic variables, which show a similar emission structure in their tomograms, confirm this conclusion. We propose that the leading side bright region is caused by irradiation of tidally thickened sectors of the outer disc, by the white dwarf and/or hot inner disc regions. 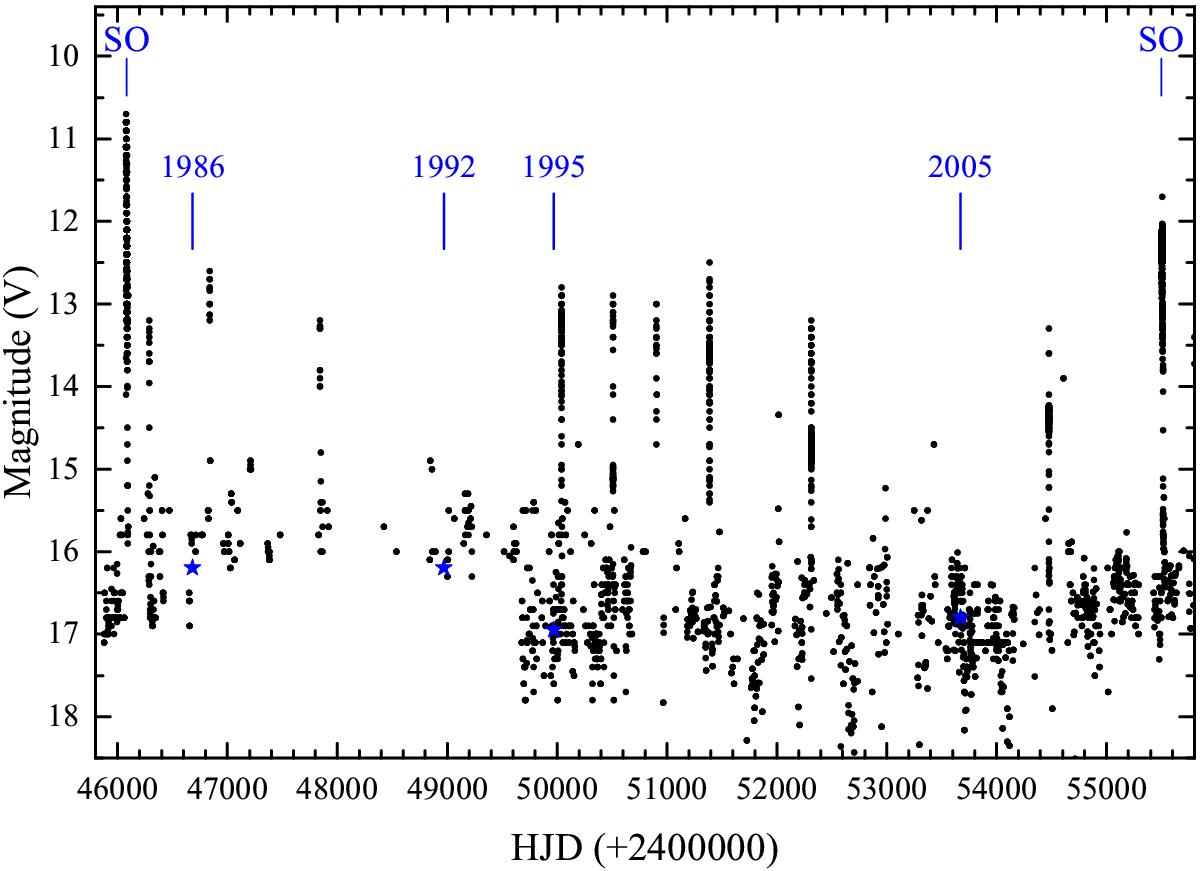